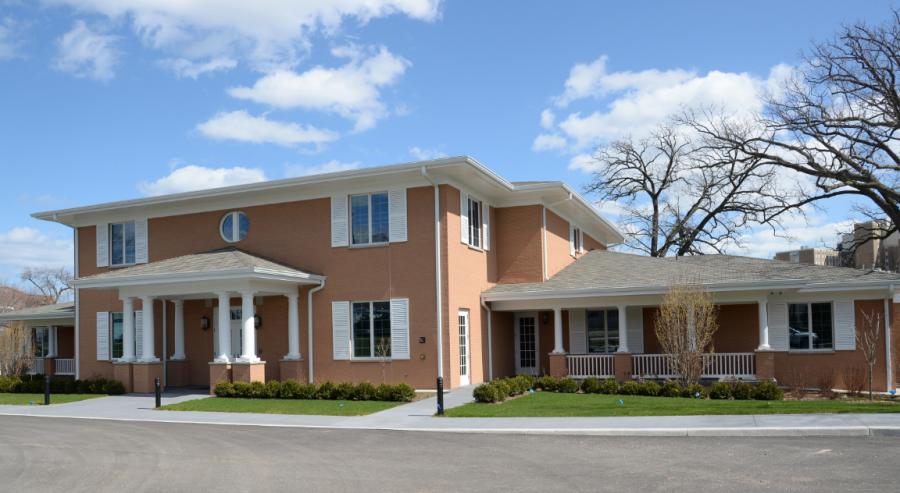 The home was built with funding support from New Holland Agriculture, among other sponsors. New Holland's contribution of $57,800 was presented at the groundbreaking ceremony in June 2014, bringing the total amount contributed to Fisher House Foundation to over $153 thousand. These funds were raised through the New Holland True Blue Salute program, which provides a discount for military, Veterans, and first responders.

“Fisher House Foundation is proud to have partnered with New Holland to support our military, Veterans, and their families receiving care at the Milwaukee VA Medical Center,” said Ken Fisher, Chairman and CEO of Fisher House Foundation. “Not all battles are fought on the battlefield. A medical crisis, the most personal battle of all, can attack a loved one unexpectedly at any time. That's where Fisher Houses have an impact—a home away from home, free of charge, near their loved one's bedside. New Holland's generous support helps us achieve that mission.”

“New Holland is humbled by the tireless efforts of Fisher House Foundation to provide comfort for the families of our military and Veterans when they need it most,” said Bret Lieberman, Vice President of New Holland for North America. “We are honored for the opportunity to help Ken and the rest of his staff accomplish their goal. Congratulations on your first home in Wisconsin."