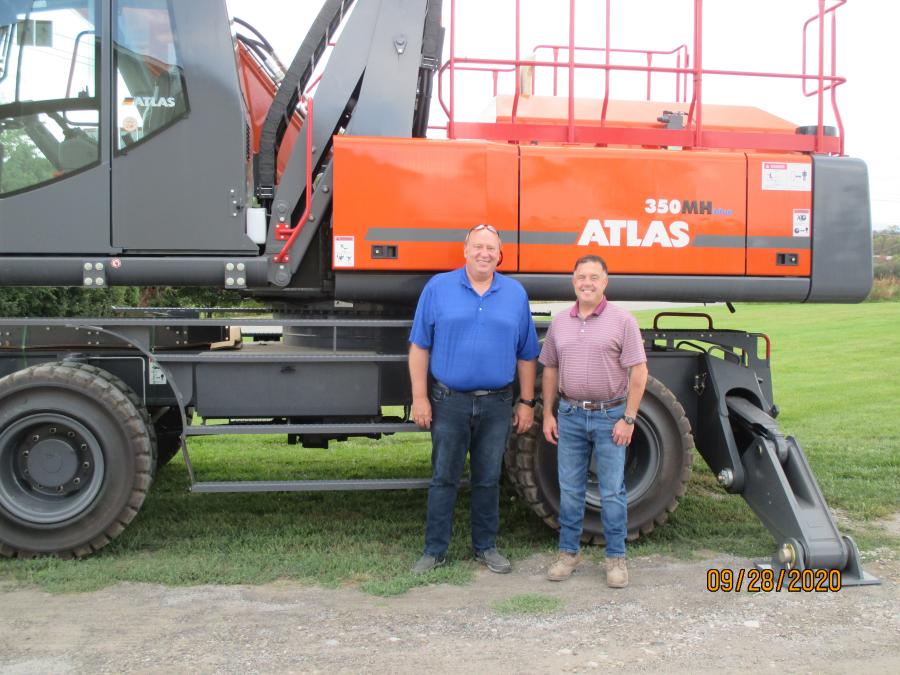 For more than 20 years, New Millennium Rentals has been a market leader in renting excavators with specialized attachments to the demolition, recycling, construction, environmental and reconstruction industries.

Recently, Peter Menner, president/owner of New Millennium Rentals, has made a strategic decision to expand his product offerings into the material handling market (typically scrap machines) with the acquisition of two new product lines and a key employee to head up his new material handling division — Jim Gill has joined New Millennium Rentals as business development manager.

Gill previously spent 10 years as an operations manager for one of the largest scrap processors in the northeast where he became very familiar with the equipment used in the scrap market and witnessed an "evolution of how the materials were handled."

"When I first entered the industry, the most common approach to moving and sorting scrap metals in a yard was modifying an excavator that was designed to move dirt into a scrap machine," he said. "These machines were definitely not built for the task at hand, but it got the job done. However, in the process, it literally tore the machines apart."

In the 1990s, manufacturers from Europe introduced for the first-time purpose-built material handling (scrap machines). The booms on these machines were engineered specifically to work with scrap attachments and to move and stack materials in the manner required. The cabs and the carriers also were specifically engineered for the scrap and recycling market and it did not take long for the purpose-built scrap machines to replace modified excavators as the machine of choice, according to Gill.

Gill developed a passion for these machines and an opportunity came along for him to start selling them.

Over the course of the next decade, Gill worked for a couple of different equipment distributors representing two manufacturers, each manufactured in Europe and each a market leader. Over time, he worked with nearly every significant scrap processor from Philadelphia, Pa., to New York City, selecting the right machine for their material handling needs.

Gill is now joining New Millennium Rentals to head up its efforts to introduce the Atlas and the Mantsinen material handlers to the northeast region of the United States. He is looking at this as a tremendous opportunity not only for himself, but also for his customers.

"Over the last decade or so, there has been a trend toward a lot of new and very expensive technology being attached to the scrap machines that dominate the market," he said. "Some of this technology is very expensive and difficult to support and it has added layers of overhead to the manufacturing process. As a result, the cost of ownership has dramatically increased.

"Atlas is a manufacturer out of Germany that is extremely well engineered. They have a long history in the scrap market that goes back decades and manufactures machines ranging in size from 20- to 65-ton. The machines are as advanced as anyone else's; the significant difference is the company is not burdened with a lot of heavy overhead and the machines are extremely well priced," Gill said.

Mantsinen is a very similar situation, however it's a much bigger machine, Gill said.

"They manufacture material handlers ranging from 50- to 300-ton, primarily for the port market. Mantsinen is manufactured in Finland and is world-renowned for making a quality product and offers some tremendous pricing advantages over its competitors in the same size class."

"New Millennium Rentals is large enough to serve the needs of my customers and yet operating very efficiently, which will mean additional savings for the customer," he said.