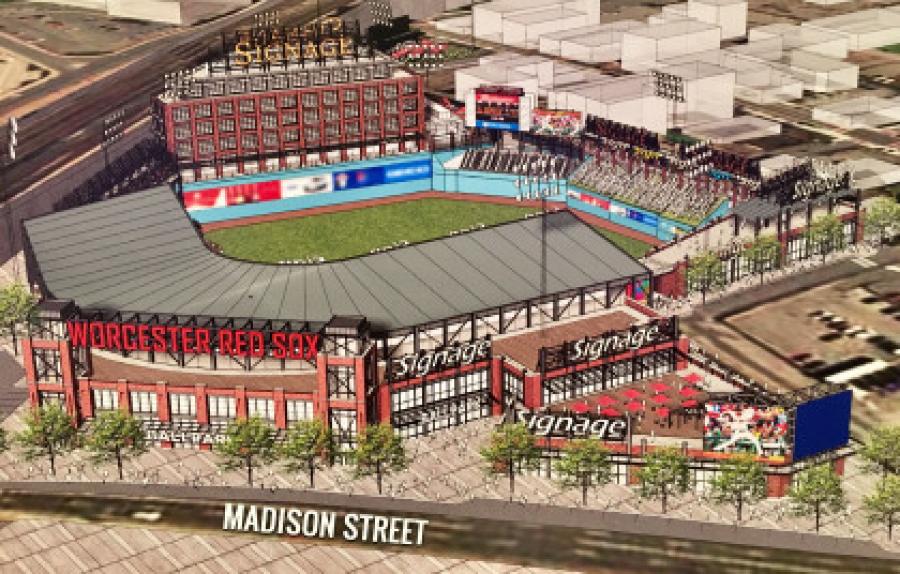 Gilbane-Hunt, a Joint Venture, has been named construction manager of the Canal District Ballpark, new home of the Red Sox Triple-A affiliate in Worcester, Mass. This multi-purpose, publicly owned Triple-A ballpark, located in Worcester's Canal District, will accommodate approximately 10,000 fans upon completion in 2021.

Gilbane has considerable ballpark experience having completed numerous projects at the iconic Fenway Park. In addition, Gilbane maintains a long-standing relationship with the city of Worcester, having delivered more than 20 projects including the Sports and Recreation Center at Worcester Polytechnic Institute, the Worcester Trial Court Complex, Worcester Recovery Center and Hospital, and the North High School. Nationally, LA-based AECOM Hunt, has completed nine Triple-A facilities across the country and more than 30 Major League ballparks.

"We're thrilled to be selected as the builder of this new ballpark that will mark the next phase in the storied history of the Red Sox Triple-A team and bring significant change to the face of downtown Worcester," said Steve Duvel, vice president and principal-in-charge of Gilbane. "We're looking forward to breaking ground in July and having the ballpark open for the 2021 baseball season."

The planning, design and construction process for the Canal District Ballpark is a mutual endeavor between the Worcester Redevelopment Authority (WRA), the City of Worcester and the Worcester Red Sox. The WRA has engaged D'Agostino Izzo Quirk Architects to provide design services and Skanska USA Building Inc. to provide owner's project management services.