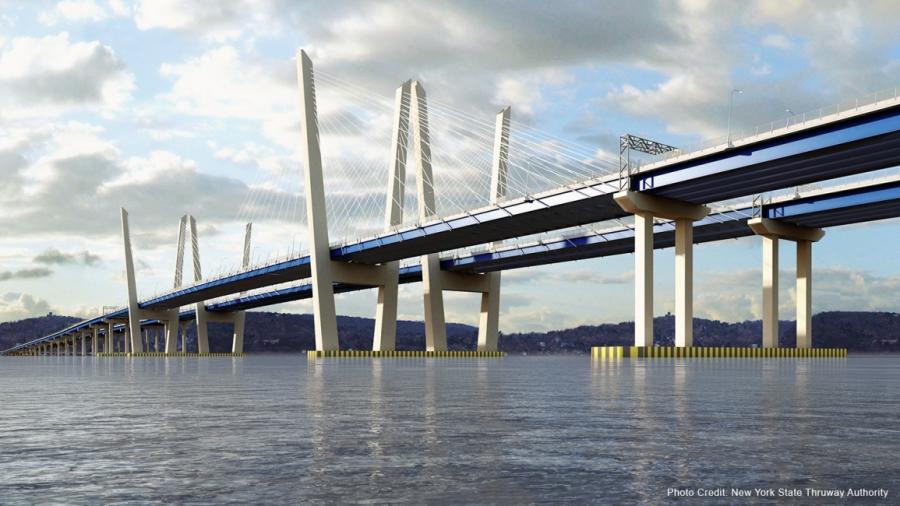 The first span of the Gov. Mario M. Cuomo Bridge will open to north/westbound traffic on Friday, Aug. 25. Eastbound/southbound traffic will follow latter this fall.


After four years of work, eight million hours of labor and almost four billion dollars in spending, there's a new Tappan Zee Bridge with a new name ready for Hudson River crossings between Nyack and Tarrytown.

The first span of the Gov. Mario M. Cuomo Bridge will open to north/westbound traffic on Friday, Aug. 25. Eastbound/southbound traffic will follow latter this fall.

The New NY Bridge is one of the biggest active construction projects in the US. “This major milestone will be the first step in alleviating congestion for commuters while offering a state-of-the-art link over the Hudson River, built to last for generations to come,” said New York State Governor Andrew Cuomo. “After decades of stagnation, New York is building our transportation infrastructure better, safer and more efficiently than ever,” he said.

Four lanes of traffic in each direction will be separated by a concrete barrier. That traffic pattern will remain in effect until the second crossing is complete and both spans of the bridge open in 2018. The current tolls on the TZB will remain unchanged until at least 2020 according to the NYS Thruway. There are no toll booths on either the old or the new bridge; all tolls are collected electronically.

The twin-span crossing is on track and on budget to open in 2018. The 3.1-mile, $3.98 billion crossing connects upstate and the New York City metropolitan region. In all, more than 6,300 people have contributed to the project totaling more than eight million hours of man power.