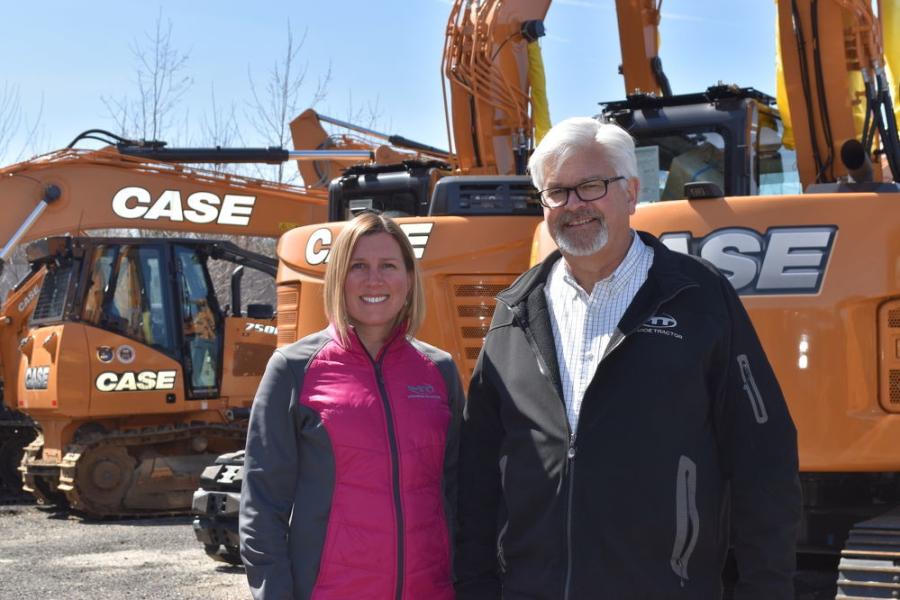 When Monroe Tractor announced that it had purchased Case of New England in July 2017, many New England contractors might not have heard of the distinguished New York State dealer. But Case Construction Equipment and Monroe's New York customers knew and it was only a matter of time before the strong reputation Monroe Tractor has earned over its 67 year history would soon be recognized in New England.

A Long, Proud and Successful History

Monroe Tractor was founded in 1951 by Henry Hansen, when he and his wife Dorothy left farming to pursue starting an agriculture dealership in Henrietta New York, just outside of Rochester. With many hours of hard dedicated work, the agriculture customer base grew. And in 1963 Case Corporation introduced its first Pippin backhoe and a loader attached to a Case tractor which led to Case developing a construction equipment division ultimately naming Monroe Tractor as an authorized Case construction equipment dealership. In August of 1972 Hansen's daughter Janet Felosky joined the family business starting in the parts department and working her way through different departments of the company, learning the ins and outs of the business firsthand. In 1988 she was named President and when Henry stepped down in 2013 she also took over the CEO role.

Under Janet's leadership, in 2008, Monroe Tractor purchased neighboring Case distributor S.C. Hansen, which was founded by Henry's brother Stewart Hansen in 1947. This expanded the company's footprint to cover Albany, Elmira, Binghamton and Hornell, New York. Chuck Miller with 24 years at SC Hansen as VP of Sales, stayed on board to oversee Monroe's construction equipment divisions.

Over the years, the third generation of family members also joined Monroe Tractor with son, Chris Felosky, GM of the agriculture division and daughter, Laura Wilkas as Assistant GM of the New England division and Marketing Manager for New England and New York who has been a Massachusetts resident since 2001. 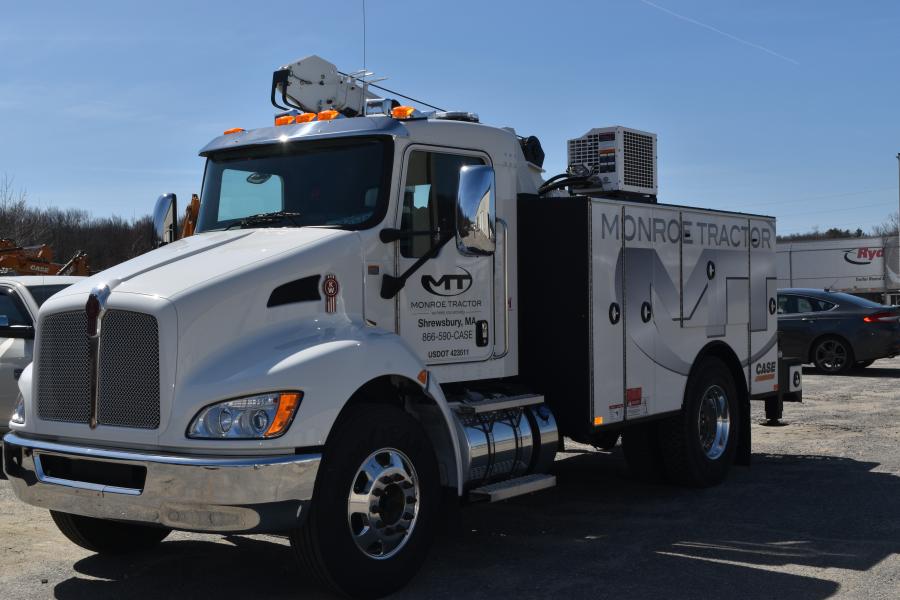 Monroe Tractor's geographic area has had tremendous growth since 1951. “We've come a long way from the small cinderblock building this all started in.” said Laura Wilkas, “but the key to our success is continuing my grandfathers legacy and conducting business with the same integrity he did. His drive and ability to build relationships and take care of the customers is the foundation of how we do business ”

From opening the doors in 1951, Henry Hansen was credited with saying, “Where courtesy dwells, service excels.” That same statement holds today as the second and third generations of family members are leading Monroe Tractor.

“We have had three primary objectives,” said Chuck Miller, general manager of Monroe Tractor's New England operations. “First was to find and relocate to a facility in the Worcester, Mass., area to use as our base of operations. Second was to put ourselves in a position to give our customers the support and service they deserve. And third was to build an inventory of equipment that reflects the huge demands of the booming construction equipment market in New England.”

“It's also about our people and how they support the customer,” said Wilkas, “that is how we differentiate ourselves from the competition. It's about selling us as a company and not just the equipment that we have.” Wilkas ensures their employees are equipped with the necessary resources from tools, training equipment, and knowledge perspectives to guarantee they have what it takes to deliver on the company's brand promise that it proudly stands behind, “We're there to keep you doing your job.” 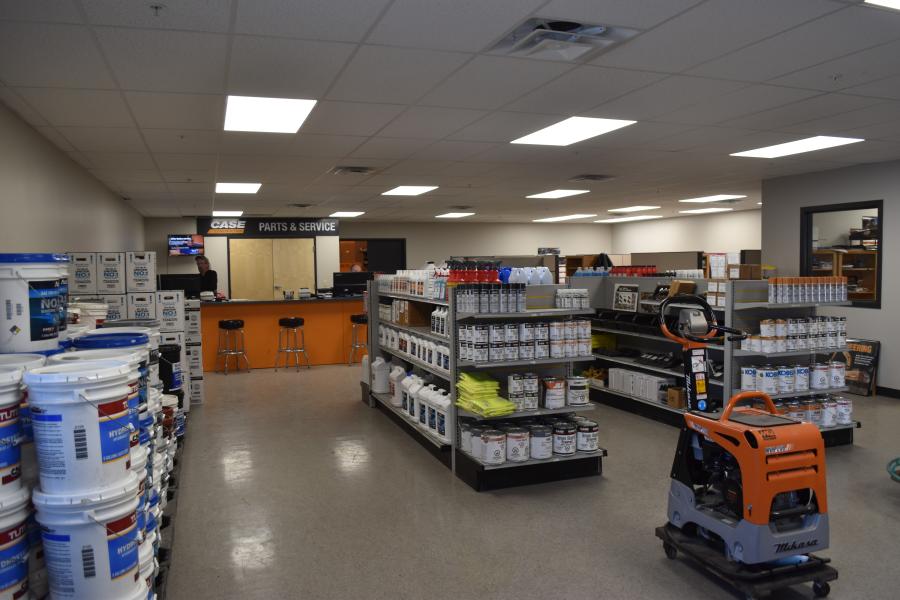 Monroe Tractor's facility at 47 Southwest Cutoff (Route 20) in Worcester, Mass., has been completely remodeled to provide customers with excellent service. Approximately 12,000 sq. ft. of the 16,000-sq.-ft. facility has been dedicated to shop space with the remaining 4,000 sq. ft. devoted to a showroom, an office facility, a parts counter and parts warehousing. Worcester offers a centralized location for servicing the entire state of Massachusetts. The Hartford, Conn., location is now open and will serve the needs of Connecticut, Rhode Island, and potentially portions of western Massachusetts.

“We are actively adding technicians to our staff and recertifying the technicians that have been with us for many years,” said Miller. He continues to say “Monroe Tractor has made a substantial investment in expanding our fleet of service trucks. Being able to execute service in the field promptly and effectively over a broad geographic area is critical to our success. We have also made a substantial investment in parts inventory. Having completed a review of the Case machines that are currently in the marketplace we are confident that we have the parts in stock that will keep those machines up and running.” Miller added that according to market information, Connecticut, Massachusetts and Rhode Island offer a large sales opportunity for Monroe Tractor.

“In order to capitalize on that opportunity, we have to have plenty of the right inventory in stock for our customers to purchase or rent, depending on their needs,” he said. “As a result, we have made a commitment to the largest inventory of Case equipment available to New England contractors, including excavators, dozers, backhoes, loaders, compaction equipment and material handlers.”

“We have also brought in experienced industry professionals from outside our organization,” added Wilkas, “including Craig Robbins, who has 12 years of experience specializing in compact equipment and who will be managing our Connecticut store, and another key hire is Steve Macridis, a 30-year industry veteran who is now the company's sales director of New England operations.” 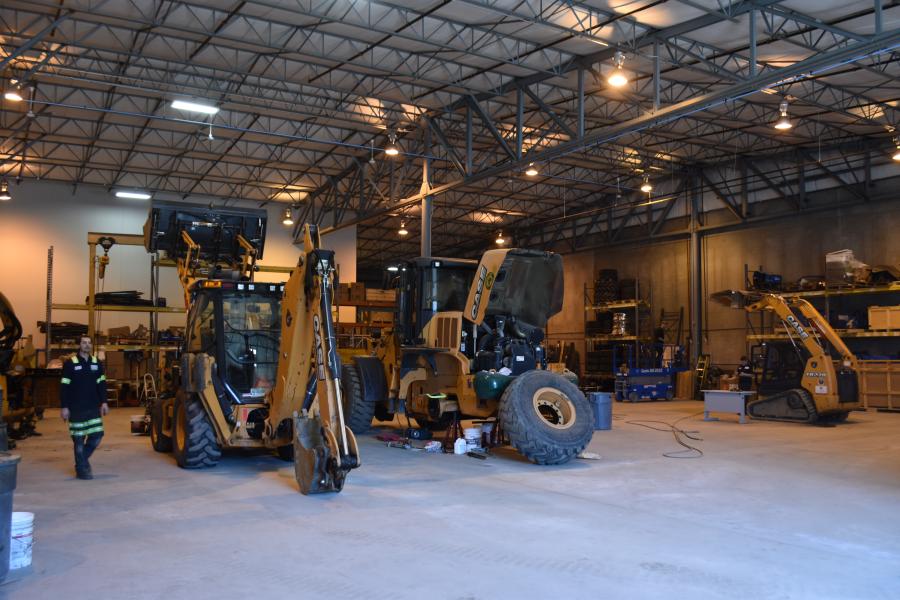 “It is so exciting to be a part of bringing back the Case name and the great value that comes with it to New England contractors,” said Macridis. “Case is manufacturing a superior product and Monroe Tractor's 67 years of experience in supporting that product is going to be a game changer here in New England. There is a clear commitment to inventory for both retail sales and rentals and an even larger commitment to building long-term customer relationships.”

“We're there to take care of the customer” said Wilkas, “and we try to make sure that our customers are comfortable in every facet of doing business with us. How we build relationships and maintain them now isn't much different from how relationships were built when the business began 1951, and that's through having good people who genuinely care about the customer.” Wilkas added, “the lines of communication are always open at Monroe Tractor, and as we grow our New England customer base our promise to take care of the customer remains our number one dedication.”

Like New England, Monroe Tractor has a long trailblazing history, too. With Felosky at the helm, a good old-fashioned and time-tested customer-first attitude and an experienced team all pulling in the same (and successful) direction, New England contractors, if they don't know already, will discover what its neighboring state of New York has known for more than half a century: Monroe Tractor is a serious dealer that sees its success tightly tied to its customers' success.