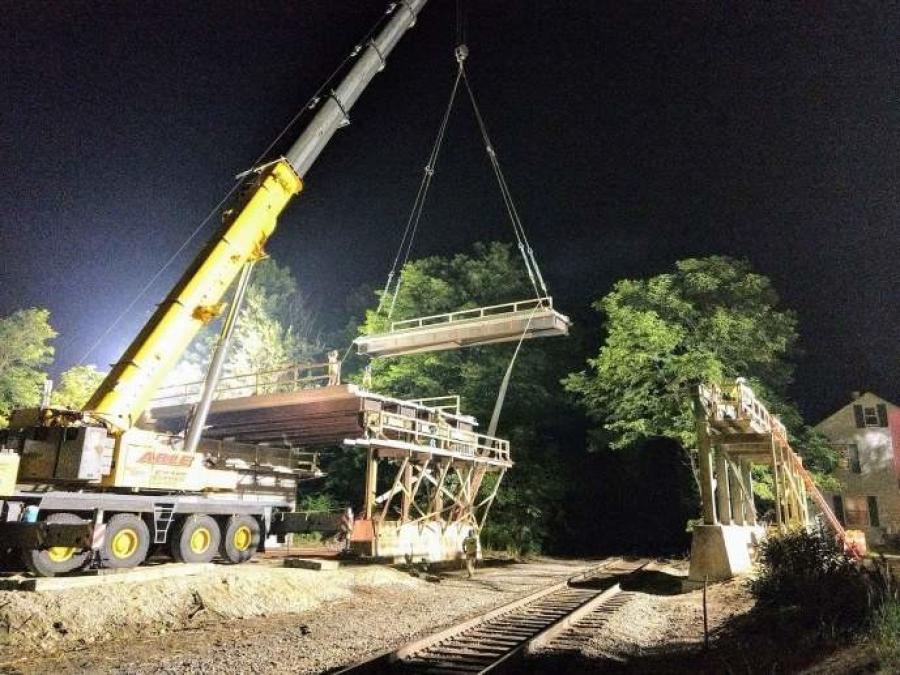 The $1.5M rehabilitation of the bridge along NH 107A, originally constructed in 1937, was completed in just 25 days. (New Hampshire Department of Transportation photo)

This award is given annually by the American Society of Civil Engineers — New Hampshire Section (ASCE-NH) to an engineering project "that demonstrates excellence in engineering skills and represents a significant contribution to mankind and engineering progress."

The $1.5M rehabilitation of the bridge along NH 107A, originally constructed in 1937, was completed in just 25 days. The work included replacing the superstructure, roadway approaches, bridge rail replacement and asbestos abatement.

According to ASCE-NH, several aspects were considered for the award: uniqueness and pioneering aspects in design and/or construction; environmental considerations and compatibility; and unusual aspects. The project was completed early and under budget. Extensive planning was needed in order limit the bridge closure to four weeks to avoid conflicts with local school schedules, emergency vehicles, and daily train traffic.