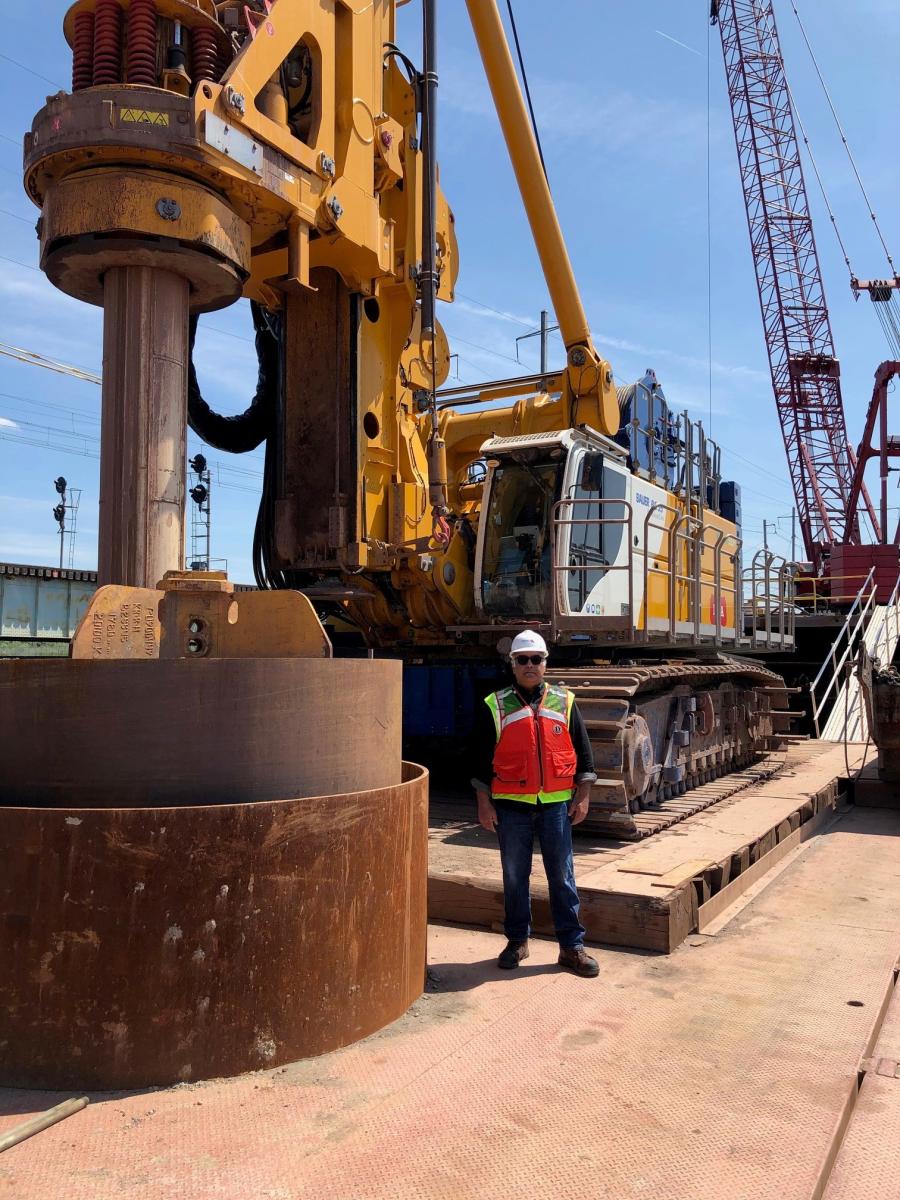 Mohammed Nasim recently was selected by New Jersey Transit (NJ TRANSIT) to serve as the agency's new chief of construction management. He brings with him a wealth of experience from 30 years in the field of delivering large transportation projects in the United States and abroad.

Nasim is well qualified for the job and is a professional engineer, a certified construction manager and a project management professional. He holds a master's degree in Civil Engineering from Cornell University (Ithaca, N.Y.), along with other qualifications, and is a member of The Society of Construction Law.

Nasim, via his experience in the construction industry, has been involved in the delivery of large transportation projects and has served as an owner's representative for construction contracts totaling approximately $4 billion as responsible-in-charge for contract administration and construction management.

In his many capacities, Nasim has led the planning, design, agency coordination, permitting, procurement and construction of key bridge and tunnel projects in the United States and other countries. He was previously with Amtrak, where he served as project manager of Gateway Program Projects, including the Hudson River Tunnel and Portal North Bridge.

From an early age, building and construction appealed to Nasim, and this determined his career choices.

"It is the kind of challenges that come up when we build large and complex horizontal projects that interest me," he told the Construction Equipment Guide in an exclusive interview. "This includes issues such as safety, quality, progress, third parties, stakeholders, acceptance and handover and post-construction issues."

Nasim's first job in construction occurred in 1983 when he was appointed as a site engineer on World Bank-funded projects in West Africa. A few years later, he came to the United States to pursue a graduate degree in civil engineering. In 1989, after the Loma Prieta earthquake in California, he worked on the seismic retrofit of bridges in the Bay area and then moved on to work on cable-stayed bridges over the Ohio River and Mississippi River, the Carquinez Straits Suspension Bridge, the Woodrow Wilson Memorial Bridge and key rail and transit bridge, tunnel and station projects. He subsequently advanced into project management and construction management working for rail and transit owners. Most recently, he served as project manager of the Gateway Program Projects on the Northeast Corridor.

Projects also have taken Nasim to the Middle East and Taiwan, experiences that brought him into contact with a wide variety of professionals from across the globe and many government leaders and agency officials. This experience has been invaluable in helping to navigate issues associated with large projects that can be complicated by many unexpected factors and the need for understanding and diplomacy.

"I learned the most from my projects in different parts of the world through working with diverse teams," he said. "What you learn at an early age makes the most difference. I fondly recall my experience as a young project manager when I supervised a Danish architect, a British designer and an Austrian contractor to substantially complete the design and construction of a curved, asymmetric orthotropic steel, 525-foot long bridge with slanting steel box girder piers on concrete pile caps and continuous flight auger [CFA] piles in a record 14 months through early contractor involvement [ECI] delivery."

In 2008, Nasim served as the resident engineer for a $2.4 billion turnkey metro rail project in the Middle East that was designed and built by a 9,000 strong global team of consultants and contractors completing the design in a record period of 16 months and substantial completion and start of beneficial use in a record period of 21 months.

Nearly two months into the job, Nasim has been focusing his efforts on speaking with his staff and getting acquainted with the files for ongoing projects and plans for future initiatives.

"Right now, the successful completion of the Portal North Bridge Project is my main focus," he said. "We have several projects at various stages of completion and they pressing forward due to the solid sense of partnership between NJ TRANSIT and the general contracting community. We all share the same goal of building solid long-lasting infrastructure that will withstand future hurricane events and meet the many transportation needs of New Jersey and New York residents. People are counting on us to get it right and NJ TRANSIT personnel are extremely qualified and eager to get the job done right." CEG