North Dakota Company Gets $1.3 Billion to Build Portion of Wall 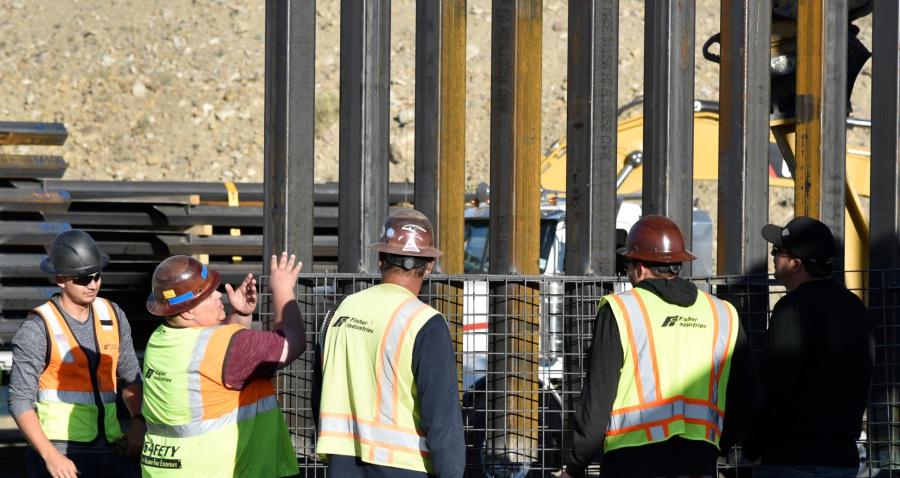 PHOENIX (AP) — A North Dakota construction company has received the largest contract to date to build a section of President Trump's signature wall along the U.S.-Mexico border.

Republican U.S. Sen. Kevin Cramer of N.D. confirmed the $1.3 billion contract for building the 42-mi. section of wall through "really tough terrain in the mountains" in Ariz. That's about $30 million per mile.

President Trump has promised to build 450 mi. of wall along the border with Mexico by the end of the year. So far, the government has awarded millions of dollars in contracts for construction of 30-ft.-tall barriers, along with new lighting, technology and infrastructure. The Trump administration says it has already built 187 mi. of wall. Some of it is new, but most is replacing old, much shorter barriers that officials say were not sufficient.

The U.S. Army Corps of Engineers said that there was no set date to start or complete construction on the latest award. Construction will take place near Nogales, Ariz., and Sasabe, Ariz.

Cramer said the fence will be painted black. The idea is that the black wall would absorb heat making it more difficult for someone to scale, he said.

"That's the president's theory," Cramer said. "Plus, it won't be an ugly, rusty thing that everyone is putting up now."

The Army Corps of Engineers, which awards contracts, said Fisher was one of several companies chosen in May 2019 to partake in building $5 billion worth of border wall. This month's contract to Fisher was part of that award.

Asked if there were any additional bidders for this latest contract, a spokesman said the agency couldn't provide that information because of "procurement sensitivities."

The Arizona Daily Star first reported news of the contract.

Fisher Industries recently completed one of its more notable jobs in company history. Las year Fisher crews were hard at work constructing a half-mile of fence for the nonprofit group "We Build the Wall." The location of this project was Sunland Park, N.M., on private property belonging to American Eagle Brick Company. An area that had been previously deemed "unbuildable" by government agencies due to the harsh construction conditions.

Upon procuring materials, Stinger Bridge & Iron fabricated all the bollard fence panels for the project within two days. We designed the panels with one-quarter in. weathering steel with two #8 rebar welded in the center of each bollard providing a 75+ year lifespan.

While Stinger fabricated the bollard panels, Fisher crews set to work preparing the construction site. The mass excavation of over 200,000 yards of material was required to construct the fence in the mountainside. In less than a week, we were able to transform a once impassable mountain range into a roadway accessible for all vehicles.

For the fence installment, we utilized our patent pending bollard hanging system. Our unique system allowed us to hang five bollard fence panels concurrently to place 40 ft. of fence at one time. Another benefit of this method was that it allowed the company to install fencing in 40+ MPH winds as well as during rain showers. Such weather conditions would have delayed work efforts if it had utilized traditional crane methods.