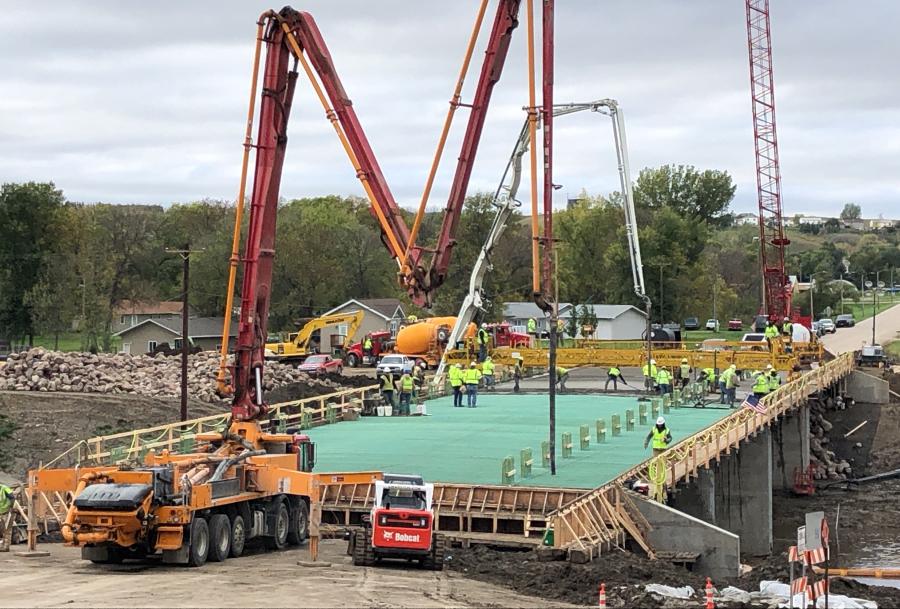 The Mouse River Enhanced Flood Protection Project (MREFPP) is a continuing project in North Dakota that is designed to reduce the risk of future flooding throughout the entire Mouse River Basin.

The Mouse River, or the Souris River in Canada, originates in southeast Saskatchewan and travels 357 mi. through North Dakota. It enters the state near Sherwood, flows through Minot, to Velva and then travels north into Manitoba. 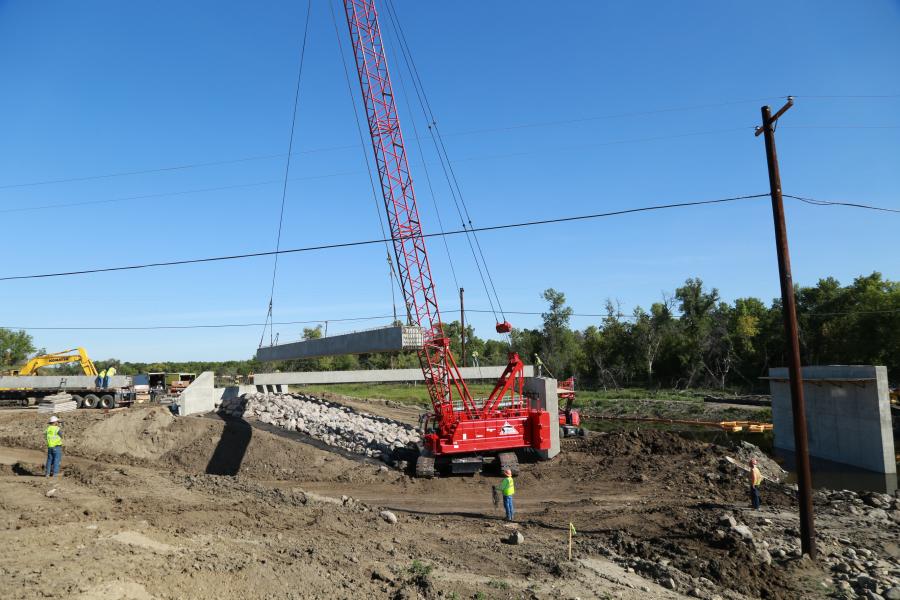 The Mouse River basin drains nearly 23,600 sq. mi. and has a long history of flooding. Some of the largest floods on record occurred in 1969, 1976 and 2011, the biggest flood event in recorded history.

The project began in 2011. It was originally initiated by the North Dakota State Water Commission (NDSWC) in response to a request for assistance from the Souris River Joint Board (SRJB) following the Mouse River flood of June 2011.

According to Dusty Zimmerman, who serves as the public information coordinator of the Souris River Joint Board, which sponsors the project, it is currently valued at $1 billion.

"Project planning began in 2011 and we anticipated the project would take 20-25 years to complete," he said. "To date, there has been no federal funding for the project, only state and local funding. This project also includes elements to address flooding issues in rural areas."

Zimmerman explained that the project is broken into a number of phases. Several have not been designed further than the Preliminary Engineering Report (PER). The first three phases are currently under construction, and he noted that each has unique characteristics. 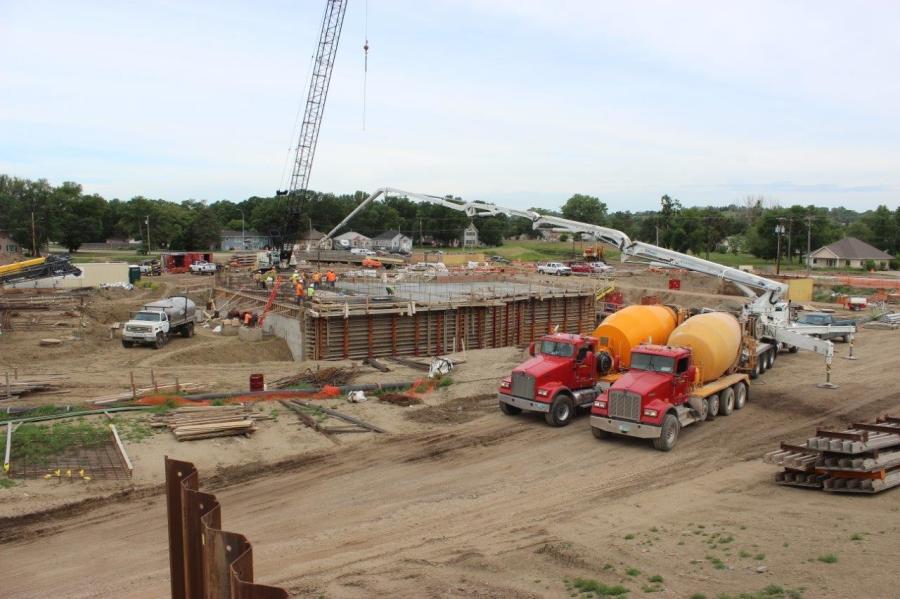 Once the PER was mostly developed, the focus was on the rural areas of the Mouse River valley. This included basin-wide evaluations of erosion, sedimentation, hydraulics and hydrology to enable the assessment of the basin-wide implication of improvements proposed in the valley. An evaluation also was made of 12 different alternatives for reducing flood risk for the rural reaches of the basin.

Next, the focus of the MREFPP shifted toward implementation.

Phase BU-1A was substantially complete in November 2019 under prime contractor Swingen Construction. This phase, as well as several others, includes the replacement of a bridge to increase conveyance through the area. The Colton Avenue Bridge Replacement began in May of 2019.

"On phase BU-1A, a minimum of two cranes, pile driving equipment, numerous excavators and loaders, and concrete pump trucks were working alongside each other in a confined space," Zimmerman said. "A major subcontractor was Bluestone and they completed the earthwork and rip rap."

This phase included an observation trench and levee work.

The second phase, BU-1, includes an earthen levee system around the city of Burlington.

The Phase MI-1 contractor is Park Construction, with Brandon Larson serving as project manager. Zimmerman noted that this phase is primarily made up of floodwalls and a significantly sized pump station. Construction began in 2018.

"With light snow this past winter, contractors were able to access the work areas easily and continued pushing toward completing the nearly 2,000 linear feet of floodwalls just north of the Mouse River," the most recent winter update stated. "Crews poured floodwall footings and vertical portions of the walls, as temperatures allowed." 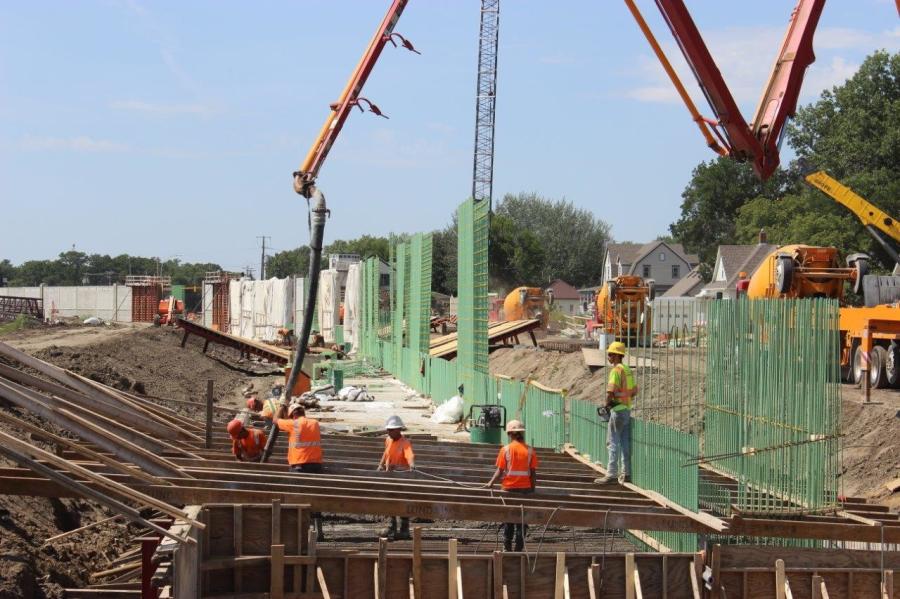 Crews also focused on building the above grade portion of one of the largest pump stations in the state.

The projected finish date for the overall project remains the spring of 2021.

Phases MI-2 and MI-3 are being completed by Wagner Construction, with Matt Guerton as the project manager. According to Zimmerman, these two phases are primarily earthen levees. Construction began in 2018.

Zimmerman reported that on phases MI-2 and MI-3, the levee fill is 500,000 cu. yds. and there were 75,000 tons of aggregate and rip rap used. These phases utilized boring equipment to channel under the river.

"The Phases MI-2 and MI-3 major subcontractor was Rice Lake Construction Group and they completed the pump station and gatewells," Zimmerman said.

"Wagner Construction has begun to excavate for the slope stabilization on the south side of the Mouse River, immediately west of the city of Minot's Water Treatment Plant [WTP]," the report stated. "The existing slope will be excavated from near vertical to a 2:1 and will include rip rap and turf reinforced mat [TRM] to protect the riverbank and adjacent properties from future erosion."

Installation of a 30-in. raw water main also continues. This delivers raw water to the WTP from the Minot Aquifer through groundwater wells located throughout the valley.

It was reported that Wagner has installed a majority of the main line pipe with pressure testing and connections to the existing watermain remaining.

"This work was scheduled for the winter months during which water demand is decreased in order to diminish effects on water supply as well as allow more time to make the final connections," the report stated. 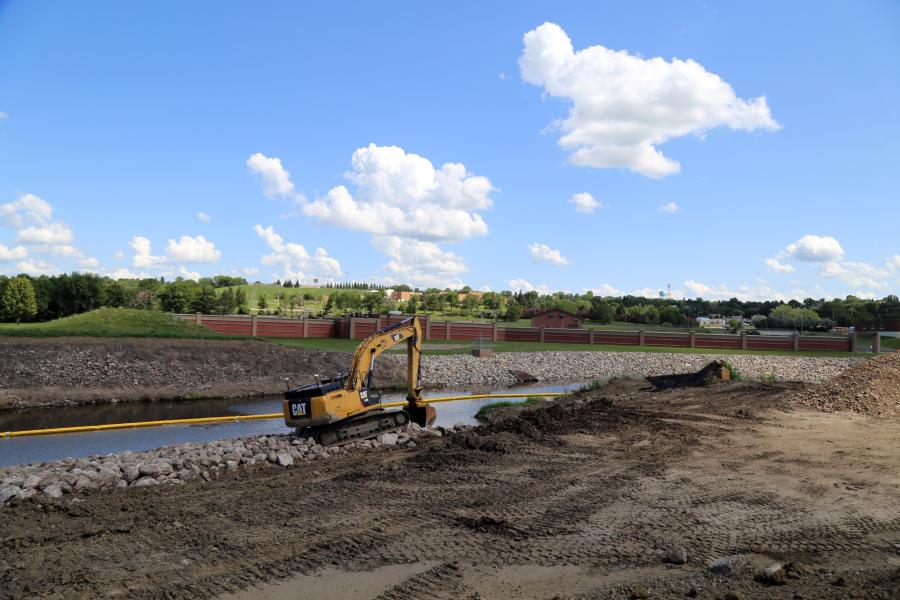 Rip rap placement near and beneath the 16th Street bridge will be completed as river conditions and weather allow. A new parking lot will be completed, as well as restoration and various finishes, including seeding, landscaping, tree planting, concrete and asphalt paths, park benches and site lighting.

This project is scheduled to be finished by summer's end. Phase MI-4 is currently in the design phase and MI-5 is currently being redesigned. Construction is expected soon on both of these phases.

The Burlington project has been broken into two phases. Phase WC-1 Tierrecita Vallejo has been designed and is awaiting final arrangements, permitting and bidding. Construction is expected to start this year. The Sawyer, Velva and Mouse River Park bridge replacement projects are currently being designed.

The STARR Program for rural property owners was implemented in 2016 and has been substantially completed. This was reportedly developed by the Souris River Joint Board as a potential solution to address continuous flooding challenges for private landowners throughout the rural areas of the Mouse River Basin.

There were options for landowners to receive assistance through funding from the North Dakota State Water Commission, city of Minot sales tax collections directed at flood protection, and a local share of 5 percent, for the purpose of structure acquisition and demolition, structure relocation, or the ring diking of property. 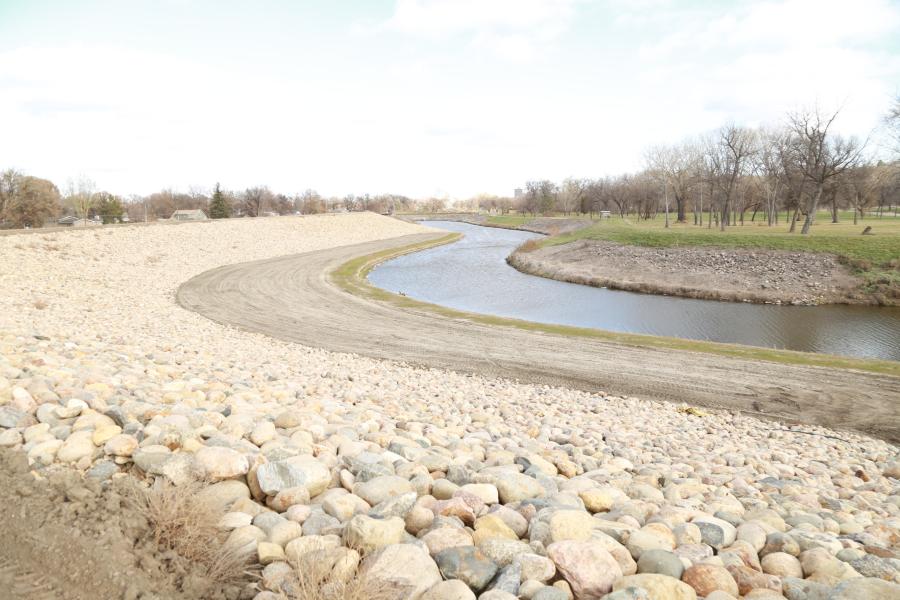 It was reported that the program has assisted 35 property owners within Renville, Ward and McHenry counties. One ring dike is currently in design and expected to be constructed this year.

Three participants were involved in structure relocations, including one home. A total of 166 structures were acquired with 135 of those demolished and 17 resold.

The program is currently not available due to a lack of additional funding.

According to the project website, on June 25, 2011, the Mouse River flowed under Minot's Broadway Bridge at a record rate of 27,400 cu. ft. per second — more than five times the rate that existing channels and levees had been designed for.

For weeks, water levels were too high for passenger and emergency vehicles to safely cross numerous area bridges. After flood waters receded, many bridges remained out of service for months while damages were assessed and repaired.

The website states that the record-breaking flow overwhelmed most flood fighting efforts along the entire reach of the Mouse River, causing extensive damages to homes, businesses, public facilities, infrastructure, farms and ranches.

According to the U.S. Army Corps of Engineers (USACE), 4,700 residential, commercial and public structures in Renville, Ward and McHenry counties sustained building and content damages totaling more than $690 million. If emergency flood fighting measures had not been implemented, structure damages would have totaled roughly $900 million. Infrastructure damages totaled hundreds of millions of dollars in the city of Minot alone.

The rural reaches of the Mouse River Valley in North Dakota have reportedly endured frequent flood damages over the past two decades. Impacts from flooding in the rural areas include crop and hay losses, damage to structures, impacts to livestock and loss of commerce due to inundated roads and bridges. CEG