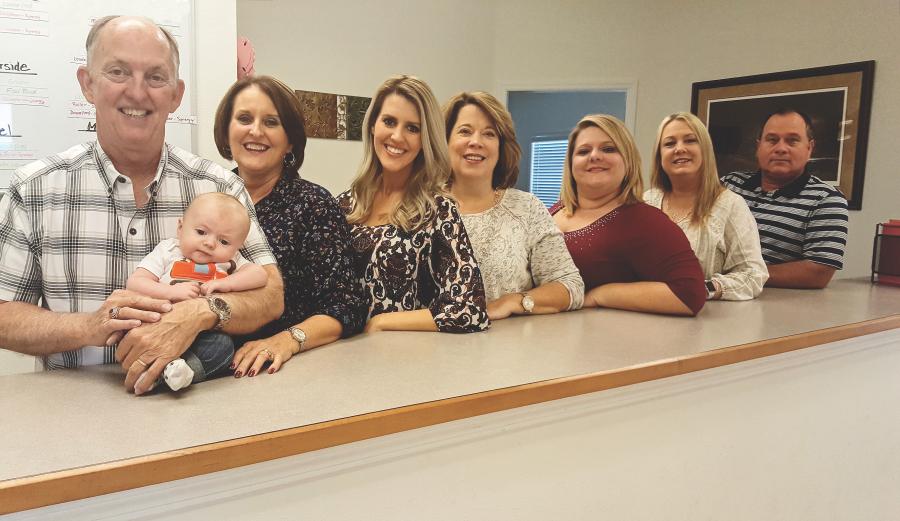 With a wife and infant son to support, Ron Denmark reached a crossroads in his professional life at just 28 years old. After working in the insurance industry for eight years, Ron, like many other independent agents in Florida, felt the effects of a liability crisis that was weighing down the industry. When another agency offered to buy his firm, he readily accepted.

With a modest start-up fund from the sale of his insurance business in hand, Ron set his sights on a new career as a utility contractor. Although he had no experience in construction, Ron's stepfather, Roy Meredith, had worked in the field for years. “I thought with his connections and my business background, we would set the world on fire,” laughed Ron. “Looking back, I wasn't prepared for construction; I learned the hard way.”

Nonetheless, Ron opened his contracting company in June 1987, and, in time, it became Pipeline Contractors Inc. “When we started out, we intended to focus on utilities, but discovered early on that if you don't bid the whole site package, you aren't going to get the job,” recalled Ron.

What he lacked in experience, Ron made up for by working tirelessly to ensure that his business survived and eventually prospered. “If there's anything I can teach others, it is that a successful person will do what the unsuccessful person doesn't want to do,” he shared.

For Ron, some of those things include tackling paperwork late into the evening at his kitchen table or devoting each Saturday morning to answering email. He said that many new business owners today expect instant success without putting in the long days. “They don't want to crawl before they walk. They want to start off walking and being successful,” said the President/Owner of Pipeline Contractors.

Today, the company is more than walking; it's running on all cylinders as it specializes in civil construction, including basic land clearing; earthwork; installation of water, sewer and storm lines; as well as concrete work. The majority of Pipeline Contractors' projects take place near the organization's headquarters in Starke, Fla., which is located in Bradford County between Gainesville and Jacksonville. Ron said that this part of the state is seeing the early stages of what he hopes will be steady growth.

“We have some major manufacturing operations and businesses coming into Jacksonville,” he reported. “They're planning two huge distribution warehouses and are expected to employ 5,000 people or more.”

New job opportunities in the region are fueling a demand for services to support a growing population, which is good news for firms like Pipeline Contractors. “People will need apartments, homes and everything that comes with sustaining a community, from retail to doctors, dentists and schools,” predicted Ron.

To help meet local housing needs, the company has been involved in preparing subdivisions ranging from 60- to 120-lots and apartment complexes with 200 to more than 400 units each. “Apartments are in high demand in the Southside District of Jacksonville thanks to several new office complexes that opened nearby,” he said. “So far, we've built three complexes within a half a mile of that district.”

Recently, Pipeline Contractors' crews also cleared a wooded 22-acre site for another multi-family complex in the Southside District that will feature 420 units within nine buildings. They also installed nearly 3,000 feet each of storm, water and sewer lines.

In addition to its work with subdivisions and apartments, both of which are typically geared toward millennials and young families, the organization has had a hand in creating housing options for the older generation. “We do a lot of assisted living facilities (ALFs) because they are a hot commodity in this area. We have five ALFs under contract now,” Ron explained.

The company's calendar normally shows 13 to 15 active projects at various stages, and, in most cases, each takes several months to complete. “Approximately 99 percent of our jobs are for private customers and last roughly 12 months because we're the first one there and the last one to leave. Our average project is somewhere between $1 million and $1.5 million,” reported Ron.

In the early days, Ron was loyal to a competitive brand of equipment, but that didn't prevent Linder Industrial Machinery Sales Rep Chuck Colarusso from routinely checking in to share information about the latest innovations with Komatsu equipment. “Chuck was persistent, and it paid off because one day, more than 20 years ago, I gave him a shot,” recalled Ron. “From then on, I bought a lot of equipment from Chuck and turned from one brand to basically 100 percent Komatsu.”

Today, Linder's North Florida Regional Manager Jim Nucci and Sales Rep Jacob Brown take care of Pipeline Contractors' equipment needs. Ron appreciates the ease of getting parts from Linder as well as the prompt service. “If Linder tells me something will be done or available, I can take it to the bank,” declared Ron, who considers Linder a key partner in his business. “It's good to know that if I pick up the phone and call Jacob for whatever I need, he will have it to us the next day.”

Throughout the years, Pipeline Contractors' fleet has featured a variety of Komatsu equipment all purchased, leased or rented from Linder. Last year, within the course of six months, Ron purchased six Komatsu machines, including three WA270-8 wheel loaders as well as PC210LC-11 and PC360LC-11 excavators. He also invested in a D39PXi-24 intelligent Machine Control dozer. Ron noted that the built-in GPS system on the D39PXi offers several advantages compared to aftermarket systems. “It shortens the time to set up and take down and reduces the liability — both the chance of theft or damage,” said Ron. 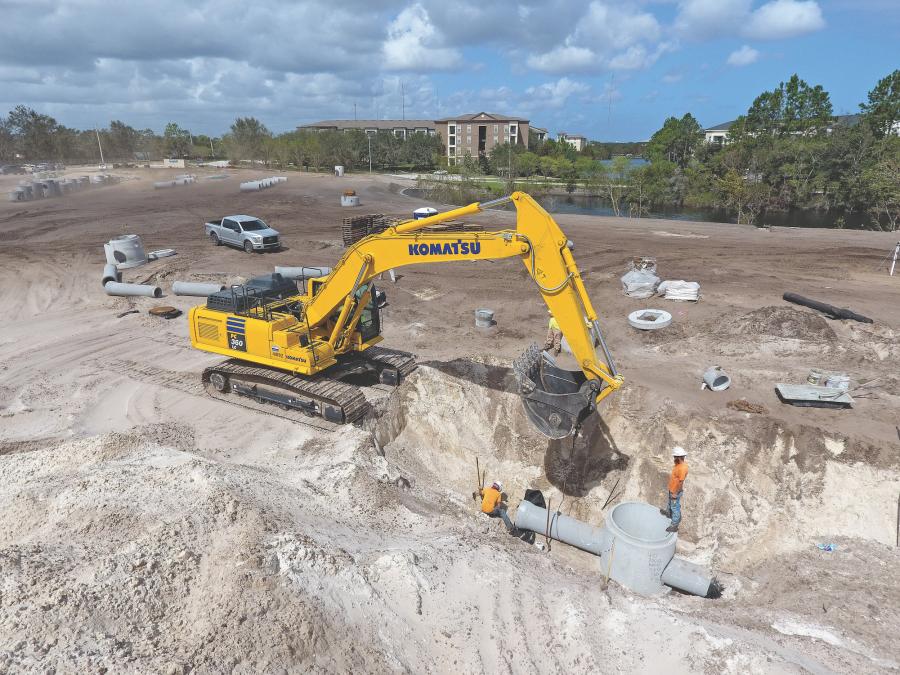 The Komatsu PC360LC excavator has proven its worth in a short time by significantly increasing jobsite production. “It gives us 60 more truck loads per day compared to other excavators of the same size,” said Field Superintendent Evan Denmark. “That adds up to 300 to 400 more loads a week, which saves money in the long term.”

In addition to improved production, Pipeline Contractors appreciates the value and peace of mind that Komatsu CARE provides by covering scheduled services for the first 2,000 hours or three years on Tier IV machines. “I want Komatsu CARE on any equipment I buy because I don't have to worry about scheduling maintenance, and it reduces the work load on our mechanics,” Ron explained.

Currently, the company employs 60 to 70 people, fewer than its all-time high of nearly 100 in 2007, but a stark contrast to the challenging recession years when just five employees kept the organization moving forward. Ron is thankful that he was able to re-hire many of the loyal employees who he had to let go during the downturn. “Our employees are our most valuable assets,” declared Ron.

The employee roster is primed for continued growth as Pipeline Contractors recently reintroduced concrete services. A new concrete crew took shape late last fall and Ron predicts that he will hire an additional crew in the near future to keep pace with customers' needs.

At the age of 59, Ron said he has no desire to retire any time soon, although he would like to scale back his hours eventually. “Every person I know who's retired has gone downhill quickly,” he quipped. “You need a purpose, and my purpose is to keep this going for the kids and grandkids.”

(This story was reprinted with permission from Linder Link Magazine January 2018 issue.)