An equipment dealer employee created a special memorial to 9/11 on a Kenworth T880. 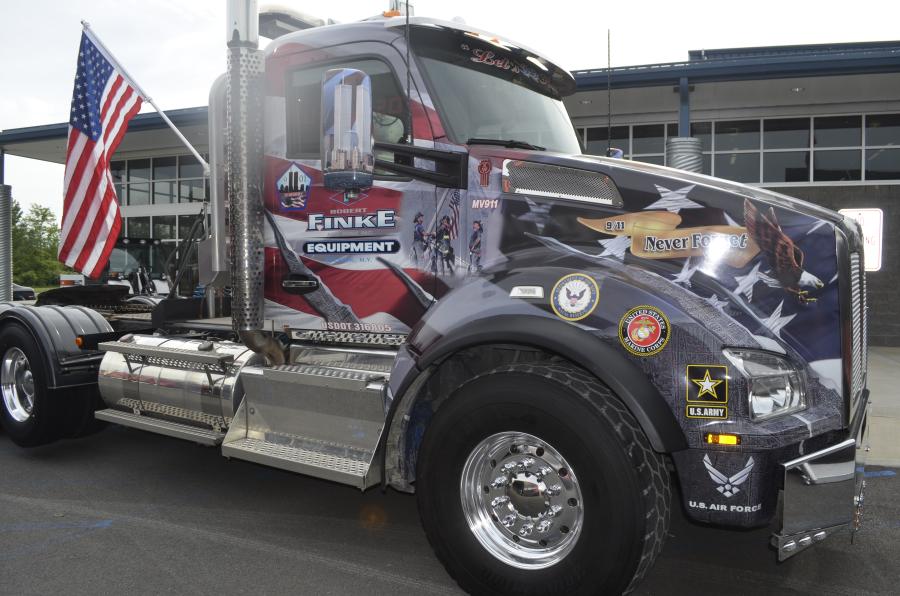 A view of the passenger side of the Robert H. Finke 9/11 memorial truck.

Along with the rest of America, Don Fiacco, general manager of Robert H. Finke & Sons in Selkirk, N.Y., was profoundly moved by 9/11 and the events that followed.

Fiacco closely monitored the rescue operations, the ensuing military response, the site cleanup, and the construction of the new towers. He also kept a close eye on where the steel remnants from the stricken towers were taken, as well as the monuments later forged from that steel built to honor those who were lost.

Fiacco has made several trips to the 9/11 Memorial in New York City and the one in Albany. Over time, he began to dream of a memorial that he would like to someday see built on a motorized vehicle. That vision became a reality when the ownership of Robert H. Finke & Sons allowed him to have a special memorial to 9/11 put on a new hauling truck the dealership was purchasing for hauling and delivering the heavy machines that the company owns and rents.

A 2015 Kenworth T880 (one of the first purchased in the area) heavy haul truck was purchased with a 600 hp Cummins diesel engine. Fiacco then collaborated with Dave Davies of Davies Custom Paint in Duanesburg, N.Y., to create a wrap that would honor all of those who died or were injured on September 11, 2001.