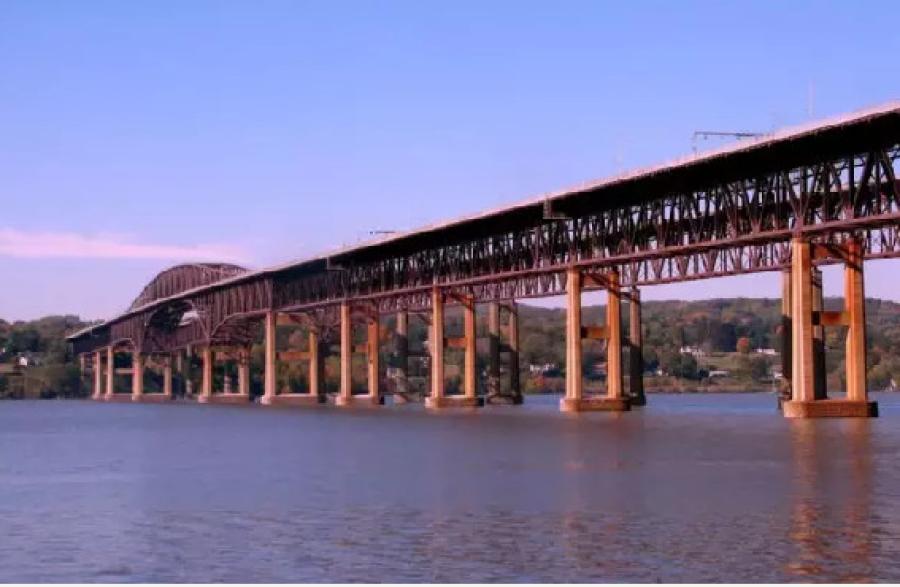 Construction started on upstate New York's Newburgh-Beacon Bridge last fall, causing an increase in traffic that shows no end for many motorists a full year later

The New York State Bridge Authority (NYSBA) began a full deck replacement project on the north span of the cantilever toll bridge, a heavily used expanse that carries more than 26 million vehicles a year. The north span is the older of the dual spans and typically carries westbound I-84 traffic across the Hudson River from Beacon to Newburgh.

The Mid Hudson News reported that the re-decking of the north span of the Newburgh-Beacon Bridge has a project cost of $101 million.

"Our engineering team and contractor believe the traffic plan we have put in place is the best option for keeping traffic flowing while the bridge receives this vital improvement," said Tara Sullivan, acting executive director of the Bridge Authority, in a press release at the time of the project's announcement last year.

Yonkers Contracting Co., which was awarded the project in June 2020, is working on the deck replacement and earlier this year completed installing cashless tolling on the bridge. While drivers no longer must stop to pay the toll, traffic is still congested as the number of lanes have now been reduced to just two. The road paving where the tolls were once located is expected to be completed by the end of this year.

The entire project is slated to be complete by the first half of 2023, nine months earlier than expected. Traffic could ease a bit before that when all westbound traffic is expected to return to the north span in fall 2022.

According to the Albany Times Union, the structure's upgrades have produced a nightmare scenario for many drivers as they try to navigate through the heavy traffic to cross the Newburgh-Beacon Bridge.

"My parents live on the other side of the bridge, and I usually go there Sundays for dinner, and now I have to check apps like Waze to see if there is traffic on the bridge," Newburgh resident Kristen Del Bene-Stevens told the Times Union in late September.

She said she has recently experienced wait times of an hour or more to make a simple 20-minute trip over the bridge.

Del Bene-Stevens is not alone.

Since new traffic patterns began in December 2020 on the spans, and to implement cashless tolling on this major thoroughfare this summer, traffic for eastbound drivers backs up not only through the city of Newburgh, but some days stretches back near the New York State Thruway (Interstate 87), more than 4 mi. away.

"I thought by eliminating the toll plaza where drivers now have no need to stop, it would alleviate a lot of the traffic and accidents, but I feel like it's gotten worse," Del Bene-Stevens said to the Albany news source. "It's a construction zone. Drivers need to be more alert and aware of the change in lanes."

One impediment during construction is the lack of a shoulder on the south span for emergency vehicles or tow trucks to get across the bridge. This causes longer wait times for traffic to clear if there is an accident.

"We understand there are traffic delays, which are made worse at times due to isolated instances, but we're continuing to look for ways we can address accidents and improve our safety messaging," said Maureen A. Coleman, executive director of the NYSBA. "We ask that our patrons take a little more precaution while driving on the bridge."

Officially called the Hamilton Fish Newburgh-Beacon Bridge, the crossing first opened in 1963, with the last deck replacement taking place in the early 1980s, soon after opening the south span of the bridge. A replacement of the south span's deck occurred between 2012 and 2014, the Times Union noted.

Before the latest construction commenced in 2019, the NYSBA provided data to the Albany newspaper that showed an average of 77,000 cars traveled westbound over the bridge every day, while eastbound traffic from Orange County towards Beacon averaged just under 50,000 vehicles a day.

The latest figures since construction began were not available to the Times Union.

Over the past year, the bridge was the main thoroughfare for traveling between Newburgh and Beacon while the Newburgh-Beacon ferry service across the Hudson was shut down. The ferry reopened in August and now operates twice daily to accommodate commuters traveling to New York City via the Beacon Metro North train station.