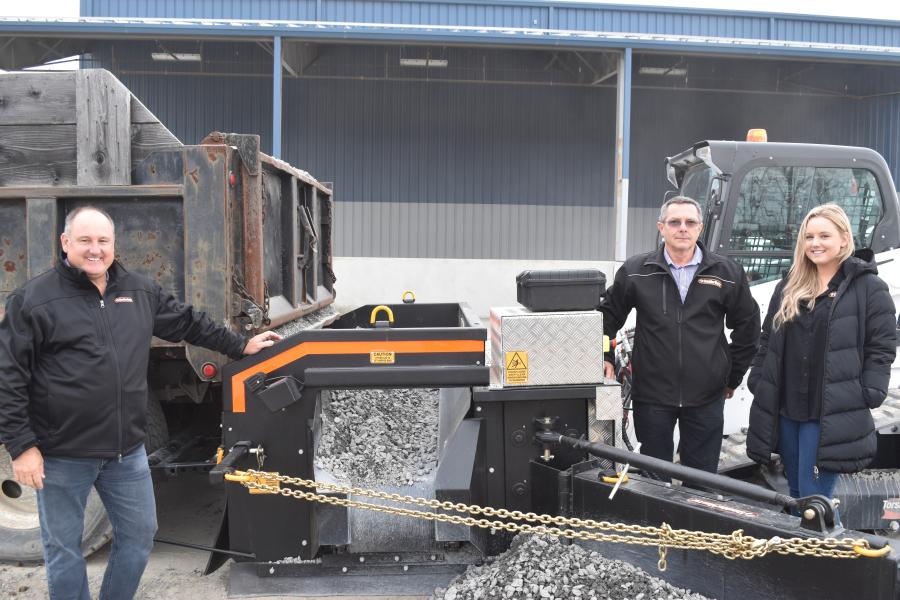 Just over a year ago John Finke, president of Robert H. Finke & Son, a heavy equipment dealership located in Selkirk, N.Y., and his General Manager, Don Fiacco, were researching a better way to attack a paving project at their own homes that, unless they could find an appropriate machine for the job, would involve laying a whole lot of asphalt by hand, which neither of them was particularly interested in doing.

The research led them to a company in Australia that has revolutionized the way that road shoulders are created and/or expanded and to Robert H. Finke & Son becoming the premier ShoulderMaster dealer in the United States.

A ShoulderMaster is a skid steer attachment that is specifically designed to rehabilitate and widen road shoulders. 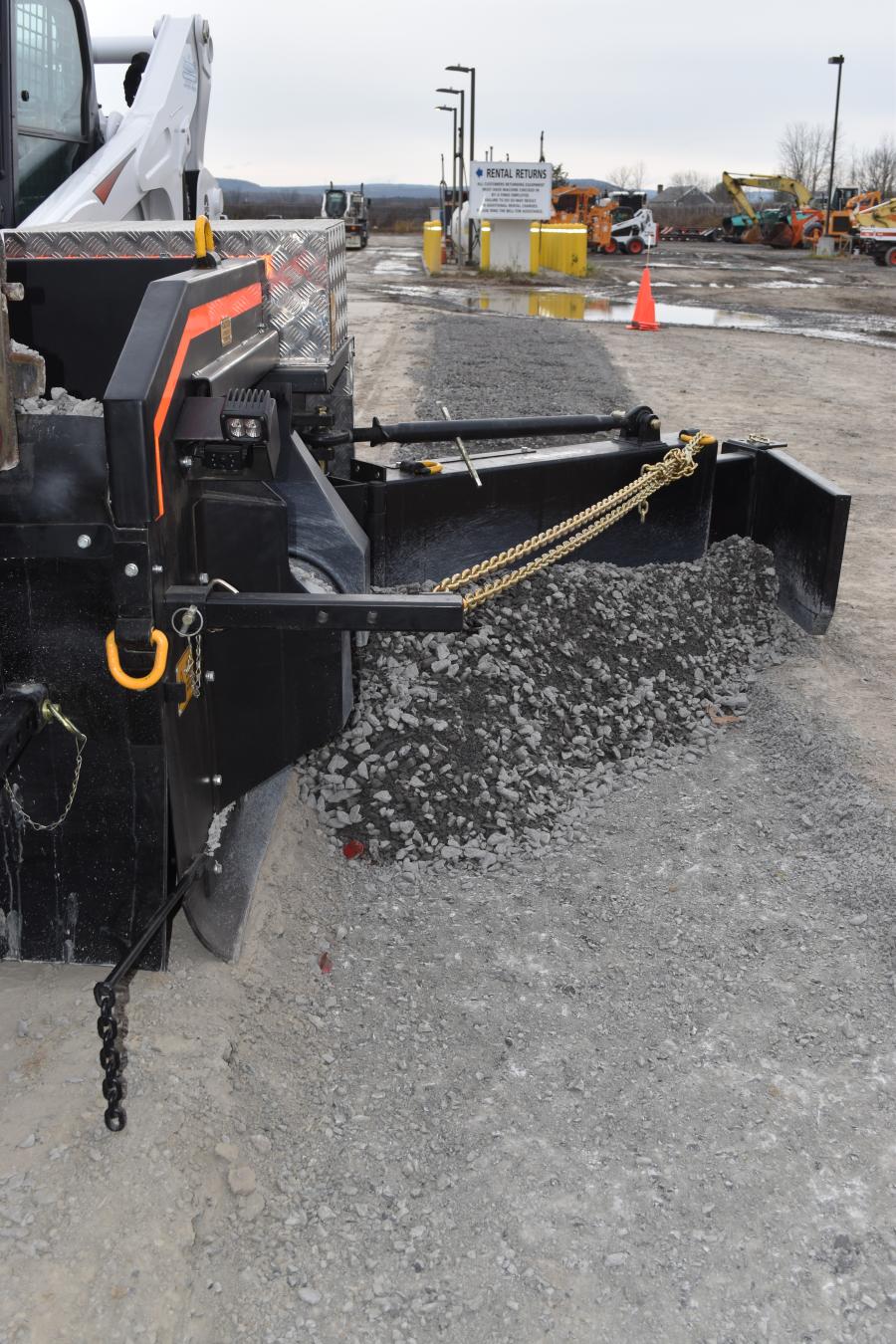 At a recent event held at Finke's headquarters in Selkirk, N.Y., where the ShoulderMaster product was being introduced to a hand selected group of Finke customers, Construction Equipment Guide (CEG) interviewed Craig Pinson, the inventor and managing director of ShoulderMaster.

Back in Australia, Pinson owned a civil contracting company that was primarily focused on building and maintaining government roads. Over the course of the last decade, the government started to put an increasing emphasis on the widening of road shoulders to improve the safety of Australia's narrow network of highways. As Pinson started to look at the increased volume of this type of work being let by the government it created an interest in finding a purpose-built machine for road shoulder widening. He found that there were purpose-built, self-propelled road widening machines available in other parts of the world, but the cost was nearly impossible for him to justify. This led him to start creatively looking for an alternative.

After a process of trial and error, Pinson had a prototype machine, which was essentially a stripped-down asphalt paver that was attached to a skid steer. From that very humble beginning the ShoulderMaster universal skid steer paver has gone through a series of transformations that has evolved it into a modern asphalt and aggregate material paving machine.

With an angled screed that allows for enhanced material distribution, the ShoulderMaster can distribute materials to a width up to 7-1/2 ft. The paver has been equipped with modern technology, including a handheld remote control that allows an operator to control height, width and slope from the ground where there is ideal visibility. Meanwhile, the skid steer operator need only concern himself with steering the skid steer. The paver also has been equipped with a wireless video monitoring system that allows for precise material placement. 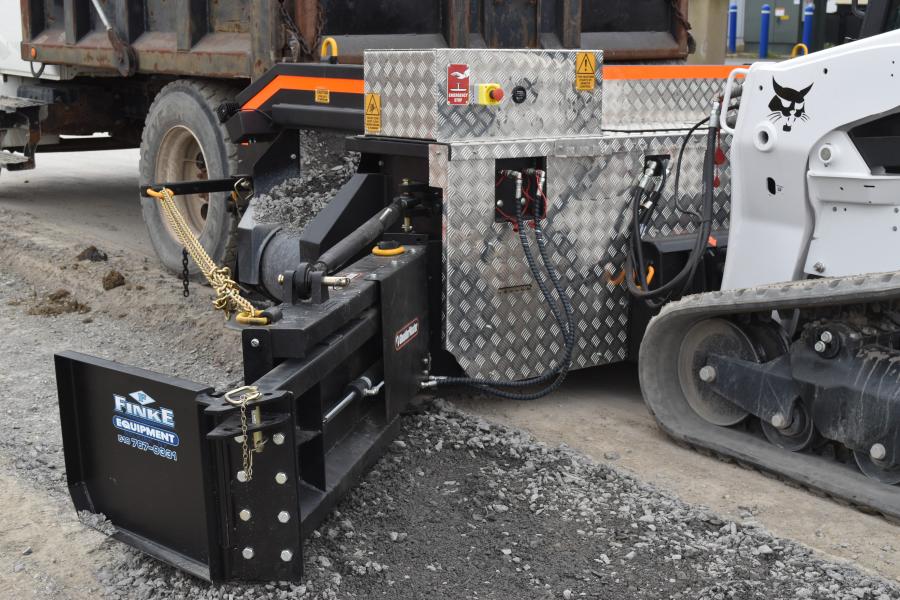 ShoulderMaster has been cognizant of the fact that there are many different varieties of skid steers and tracked compact loaders on the market and it has made the necessary adaptations for the ShoulderMaster to be suitable for nearly all of them, according to the manufacturer.

All power for the operation of the paver is hydraulic, which is supplied by the skid steer. Hopper size is not a significant issue as in most applications the asphalt truck provides continuous material feeds to the paver's hopper.

"In Australia, the ShoulderMaster has become the accepted approach to road widening and they are now ready to explore international markets. With the tremendous potential of the U.S. market it made a lot sense to start in the USA," Pinson said.

"There are almost no unique parts on the ShoulderMaster, so for the dealers, supporting the product will not create a significant challenge. All of the hydraulic components are common parts; the pumps are all built in the USA; the chains and sprockets are all common. Other than some fabrication and wear plates everything can easily be purchased in the U.S. and what is not does not require a major investment for the dealer to inventory."

Robert H. Finke & Son has now inventoried the ShoulderMaster machines and has started demonstrating its flexibility and usefulness to its customers. 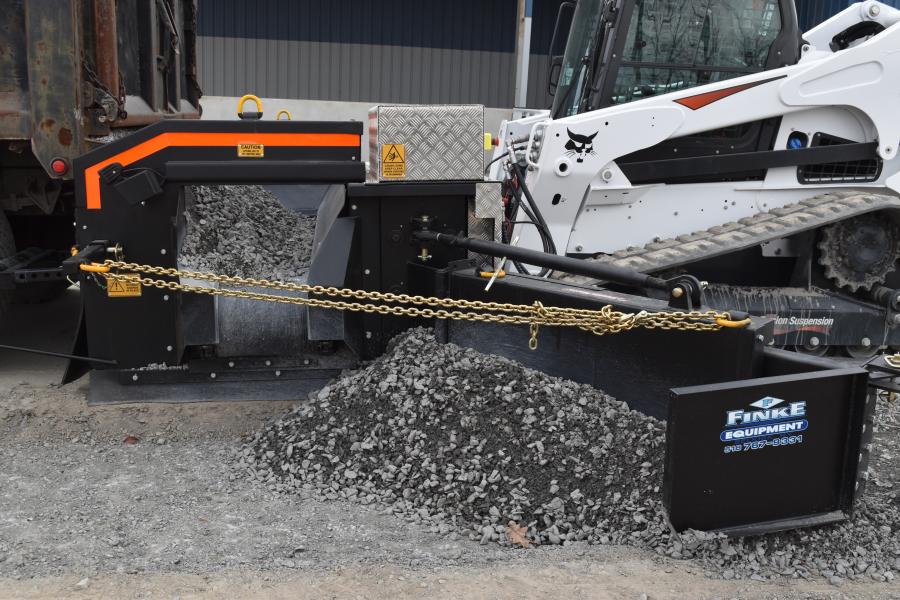 "Thus far the machine has been very well received," Fiacco said. "Our concept whenever we take on a new product is to introduce it to our customers by putting it in our rental fleet, and that is exactly what we have done. We have found that the quality is better than we expected; the machine is overbuilt, and yet simple."

"We put hundreds of hours a year on this product ourselves with our own construction company. There are not a lot of other manufacturers that can say that. So, when we see an opportunity to improve the product or if a problem presents itself, we can immediately change it. We realize that situations and conditions in the U.S. may not be exactly what we face in Australia and we are more than ready and willing to make necessary adjustments if they should be needed."