On May 3, the Ohio Aggregates & Industrial Minerals Association (OAIMA) held its annual legislative reception in the Ohio state capitol rotunda. 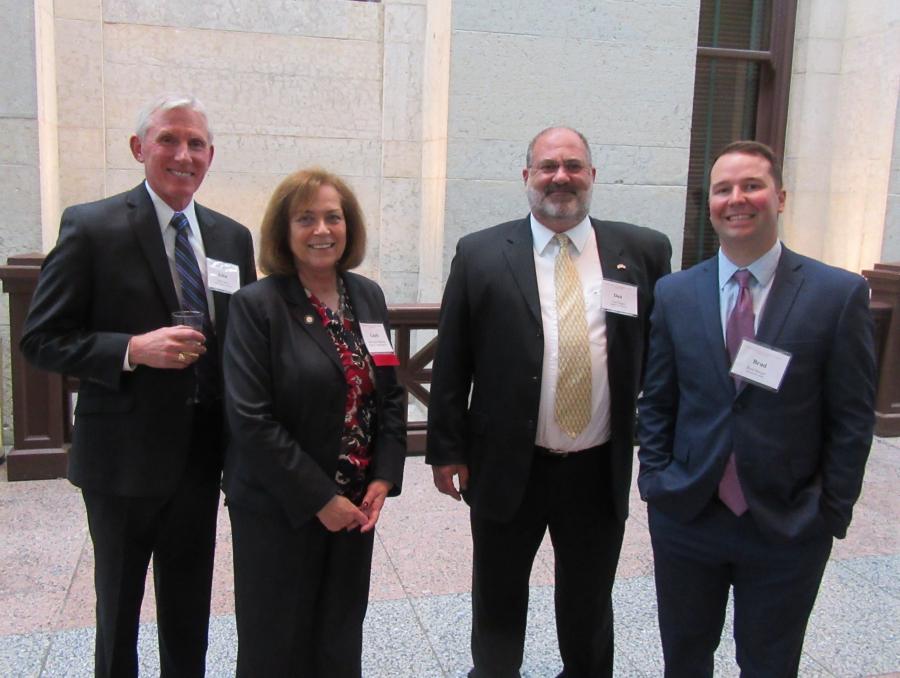 (L-R): John Dorka of the Ohio Forestry Association and Gayle Manning, Ohio state senator, spoke with Dan Mapes of National Lime and Stone, and Brad Barger of Eastman & Smith during the event.

On May 3, the Ohio Aggregates & Industrial Minerals Association (OAIMA) held its annual legislative reception in the Ohio state capitol rotunda immediately following the association's 18th annual board meeting, which was held in the Ohio Statehouse stateroom. The legislative reception is a popular event, which provides an informal setting in which association members can meet with Ohio's elected officials to share their thoughts regarding a variety of issues that impact Ohio's aggregate industry.

During the reception, association members spoke with Ohio's lawmakers about land use and zoning issues, voiced their concern about Senate Bill 57, which could negatively impact aggregate transportation, and expressed their support of Senate Bill 315 and other efforts to fund investments in Ohio's infrastructure.