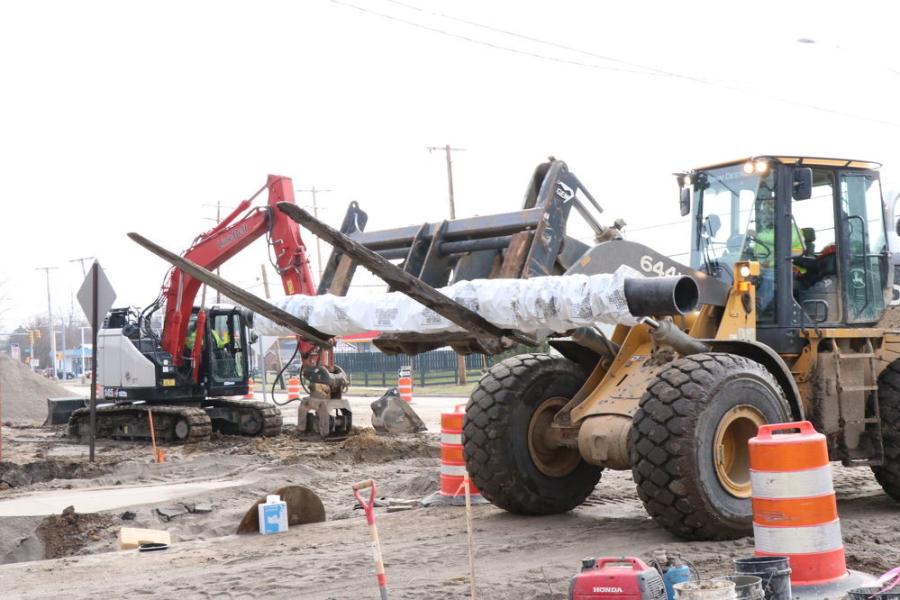 In Bowling Green, Ohio work is under way on the I-475 widening and Dorr Street interchange project. (Kelsie Hoag, ODOT photo)

In Bowling Green, Ohio, work is underway on the I-475 widening and Dorr Street interchange construction project. The $45 million effort includes widening I-475 from Central Avenue/US 20 to Airport Highway/SR 2, building new, widened I-475 bridges over Hill Avenue and Dorr Street and adding a roundabout interchange at Dorr Street.

"The I-475 corridor continues to become a more vital piece of our interstate system in northwest Ohio, especially with the continuing expansion of our suburbs for both residential and commercial property," said Rebecca Dangelo, Ohio Department of Transportation (ODOT) District Two public information officer. "This is the longest stretch of the I-75/I-475 loop that does not have an interchange for traffic to enter and exit the interstate." 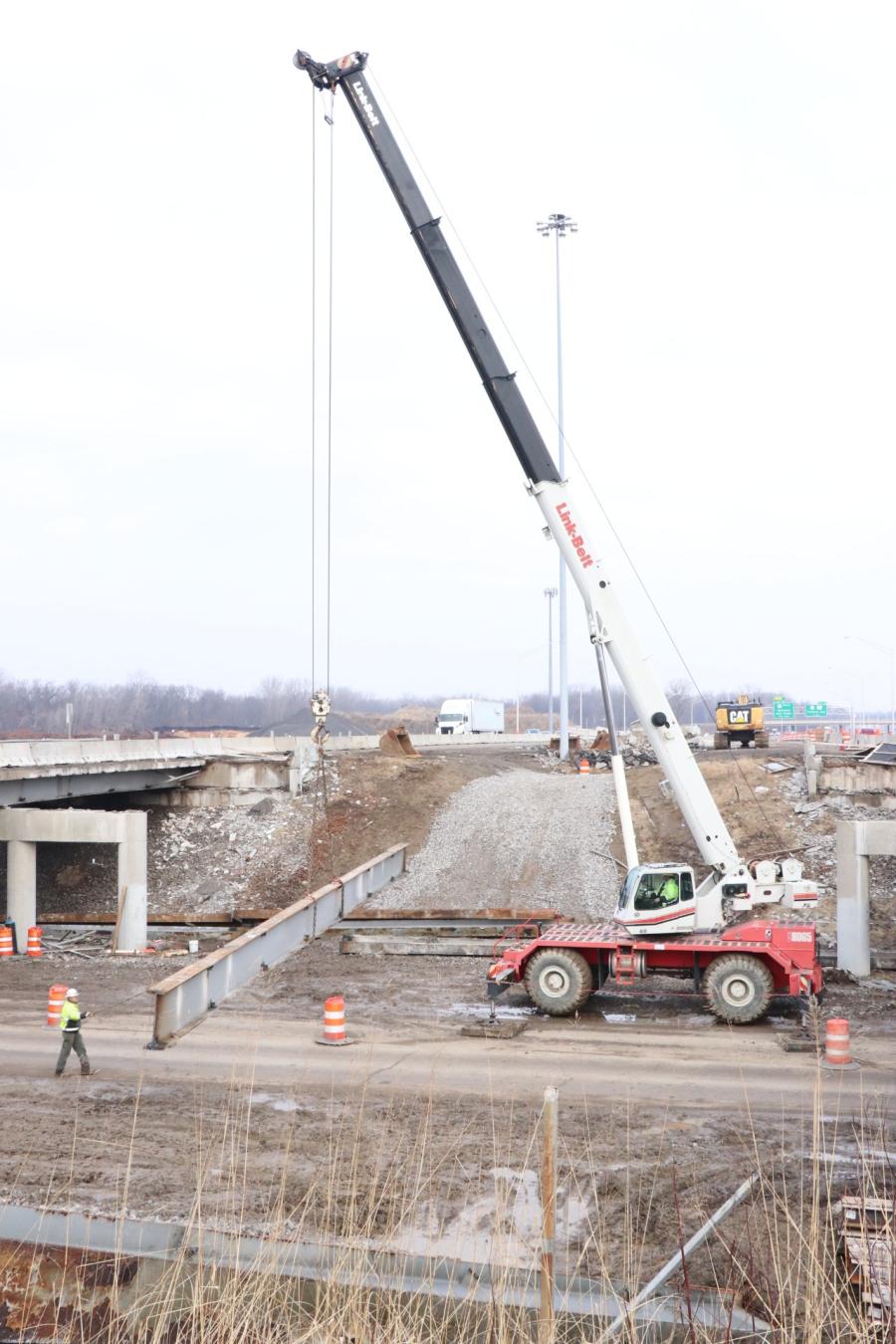 Due to the location of the university, five miles east on Dorr Street, visitors/students will be able to access the campus from the new Dorr Street interchange. The Secor Road interchange is labeled as the primary route to/from the school, and the proposed Dorr Street interchange will help alleviate congestion at the interchange and along a congested Secor Road corridor. The project will also improve access to and from I-475 for residents, emergency responders and existing businesses.

"Local entities wanted an interchange at Dorr St., and drivers of I-475 wanted the increased capacity, but we knew the projects would need to be constructed at the same time for logistics to work," said Dangelo. "This project has incredible support from local entities, which made this project have the highest scoring TRAC application in ODOT history. It is extremely rewarding watching construction finally begin on this long-awaited project."

Dangelo said the impact on motorists is nominal at this time.

"Lane widths on I-475 are reduced during construction, eliminating the shoulder on either side. Overnight lane restrictions are possible on I-475. Dorr St. (under I-475) between Holland-Sylvania Rd. and McCord Rd. is open to eastbound traffic only. Westbound Dorr St. is closed through October 2020. Intermittent closures are possible on Dorr St. and Hill Ave. under I-475 during overhead beam removal and installation."

"Barrier wall is the only thing that separates crews from live traffic. Occasional overnight restrictions are possible for heavy equipment to safely navigate the work zone."

According to Aurora Biggs, ODOT District Two project engineer, the largest challenge faced on the project has involved the coordination with existing underground utilities.

"This is one of the largest utility relocation projects ODOT has ever been involved in, due to the vast number of services in the area, such as gas, water, sewer, electric and fiber optic. The utility contractors are typically supposed to have the services in conflict with the project removed or relocated before the ODOT project begins, but that has not been the case for the Dorr St. interchange project. 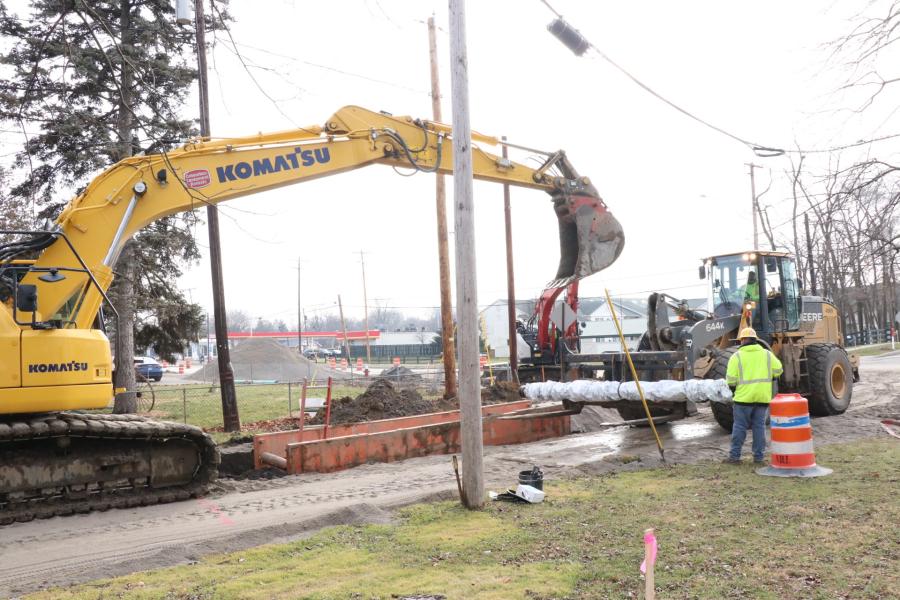 "The project has already faced many cases of unmarked utilities, incorrectly marked utilities and utilities relocated to the improper location. This makes the job increasingly difficult for ODOT'S contractor. We like to joke that when it comes to performing work underground, such as excavating or laying pipe, it's like digging into a bowl of spaghetti. Any utility work, especially performing repair work if a utility becomes damaged, tends to be very expensive. Each time a utility is unmarked, marked incorrectly, found to be in conflict or damaged it usually adds a delay to the project."

Work began in November 2019 and has a projected completion date of November 2021. This date does not include any days that are lost due to weather.

The first phase of bridge deck and beam removal on the existing Hill Ave. and Dorr St. structures has been completed. Phase one maintenance of traffic installation, as well as clearing and grubbing, has also been completed.

As for the condition of the site before work began, said Biggs, "ODOT previously finished up a project this past fall to obtain right-of-way and demo any existing buildings that were conflicted with the proposed work on Dorr St. So, much of the above ground clearing work had been completed with that project. As far as the underground work, there were still many existing utilities found in conflict that needed to be removed or relocated.

Miller Brothers Construction continues underground work along Dorr St., as well as the work related to the bridge replacement. Specifically, along Dorr St., two crews are installing water line, and one crew is installing sanitary pipe. On the Hill Ave. and Dorr St. bridges crews are working on extending the existing pier caps.

Drainage and water line work along Dorr Street between Holland-Sylvania Road and McCord Road is an ongoing process. 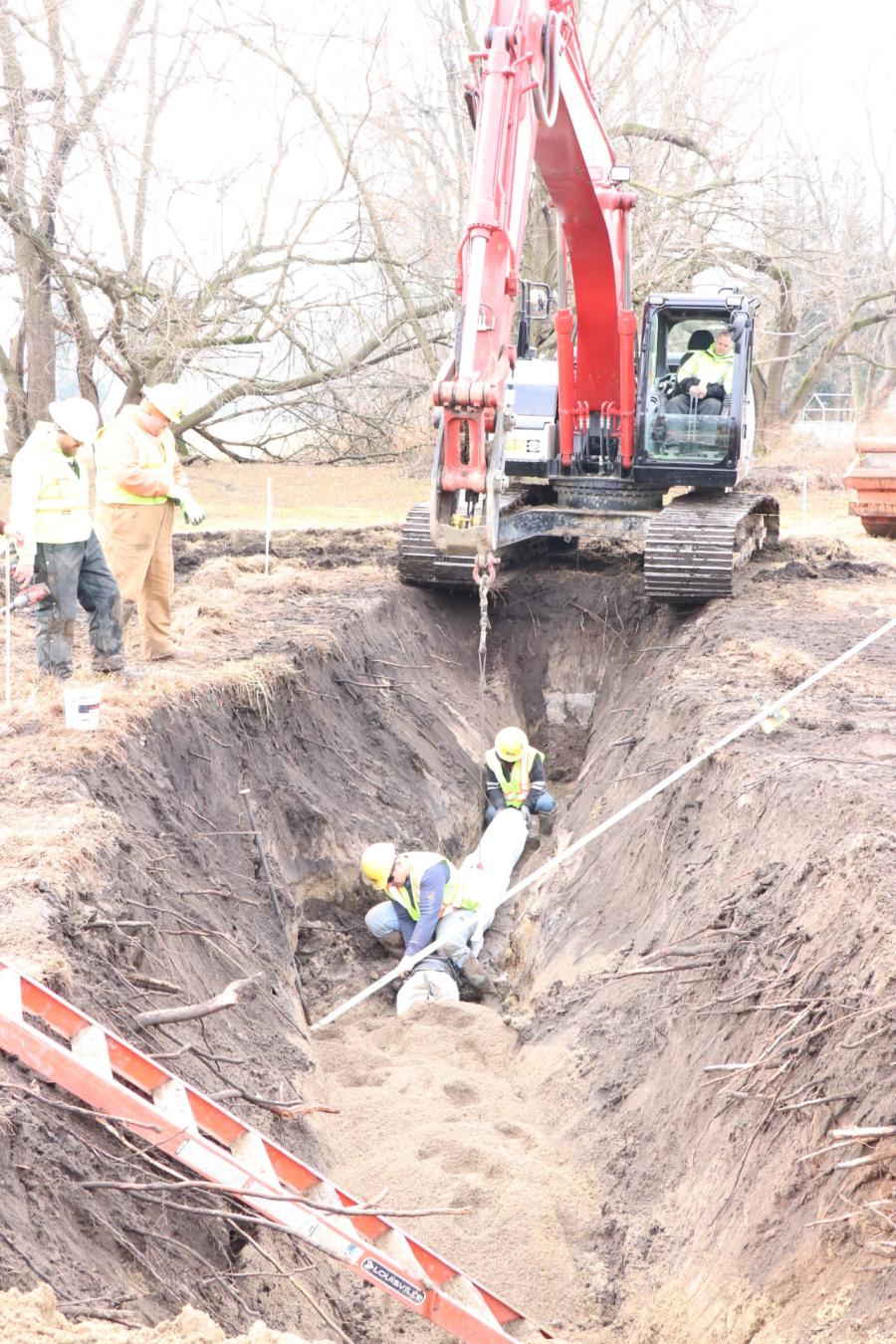 "Currently, there are two water line crews and one sanitary crew laying pipe and installing structures," said Biggs. "All of the approximately 8,500 feet of proposed water line and service pipe will be owned and maintained by the City of Toledo, once the project is complete. The project has approximately 127,500 feet of underdrains, 19,000 feet of drainage pipe and 240 drainage structures to install, in total."

Regarding overnight lane restrictions, Miller Brothers is installing sheet piling and performing other bridge related work that requires the additional space needed. I-475 NB & SB is currently down to one lane at night time.

"There are four total stages of just bridge work," said Biggs. "Stage one was complete on a separate project and included performing pavement repairs and resurfacing the outside shoulders of I-475 to maintain traffic through the remainder of the project stages. Stage two began in November of 2019, and involves installing maintenance of traffic, removing and replacing the first half of each of the four structures, constructing inside pavement, removing MGS guardrail and removing existing lighting.

Adding a roundabout interchange at Dorr Street has already begun. The drainage and earthwork along Dorr St. must be completed first. Then stabilization, grading and pavement for the roundabouts can take place. The bridge work on I-475, as well as the ramp installation, must be complete before the interchange can open.

The widening and paving along the inside of I-475 will begin this summer. Westbound Dorr St. will be paved at the same time, with the remainder of Dorr St. paving to be completed in 2021. 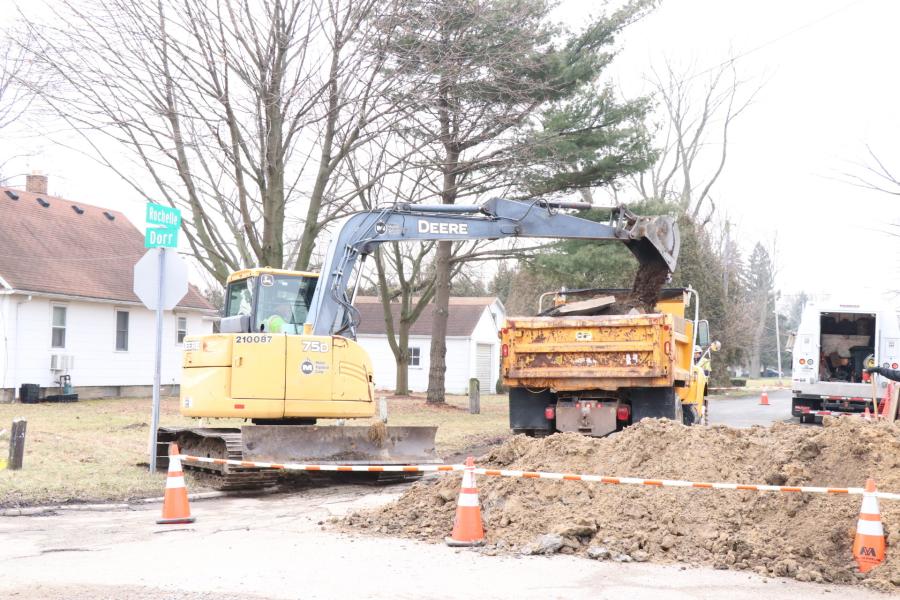 Main equipment being used on the project includes various types and sizes of loaders, dozers and excavators. Brands include, but are not limited to, Komatsu, John Deere and Kubota. Asphalt, stone, concrete, cement stabilization materials, fill material/soil, pipe and rebar (fiberglass and steel) are among the materials required to complete the work.

Biggs said weather has not really been an issue for crews.

"So far, we have had a mild winter, and that has helped the drainage crews stay on schedule. Wet conditions are typically the hardest to work in, so projected rainy months are more of a concern."

While the project has been years in the making, Dangelo and other ODOT staffers are looking to the future.

"This project has been dreamed about and talked about for decades. Once funding started coming together, the goal was to complete the project in advance of the Solheim Cup that will be taking place in Toledo, Ohio at Inverness Club, in fall 2021."