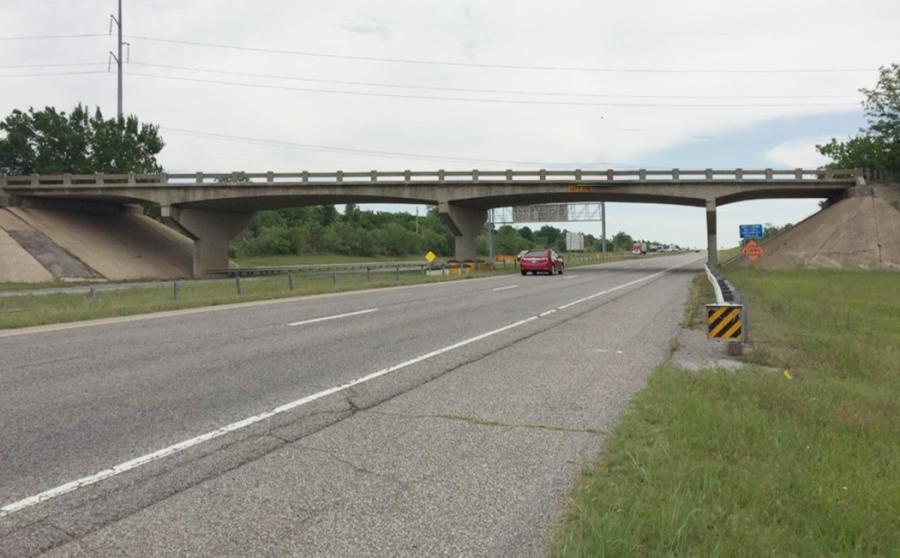 ODOT photo ODOT will increase the height of several bridges over I-35 in Kay County using specialized equipment.

Highlights of the Oklahoma Transportation Commission's Jan. 4 meeting include an update on state funding for transportation, approval of funds for 11 rail crossing projects and award of an engineering contract to design an innovative bridge project in Kay County.

Mike Patterson, Oklahoma Department of Transportation executive director reported to the commission that the agency is prepared to work with state leaders to find transportation funding solutions during the upcoming session. He noted ODOT has not requested additional funding from the legislature for many years beyond what was already set in statute to be allocated to transportation, including portions of income tax and motor vehicle tax and fee revenue. The agency receives about 48 percent of state motor fuel tax revenue and less than half of 1 percent of all motor vehicle fee collections.

“ODOT is very interested in being part of the discussion about how transportation is going to be funded now and in the future,” Patterson said. “I'm encouraged that the governor and legislature are very engaged in this issue and we look forward to continued discussion as policies are developed to fund future transportation investments.”

He noted that a total of $367 million was diverted from ODOT during the last legislative session to help balance the state budget and that another large cut would cause major impacts to the Eight-year Construction Work Plan.

They also gave their approval to a more than $769,000 engineering contract to design a construction project to increase the height of nine county bridges over I-35 between Tonkawa and the Kansas state line in Kay County. The estimated $3 million construction project to raise these bridges is scheduled to go to bid in Federal Fiscal Year 2018. Raising the height of bridges that are in good condition will allow ODOT to add a pavement overlay to highways while maintaining adequate clearance for truck loads in a way that is cost effective and less disruptive to interstate traffic.

Patterson also highlighted ten of the major transportation news items from 2016, including the federal FASTLANE grant awarded to help upgrade U.S. 69/75 in Bryan County, continued progress on addressing all remaining structurally deficient highway bridges and the department's increased efforts to bring attention to work zone safety. The full 2016 Year in Review, can be found at www.ok.gov/odot/Year_in_Review_2016.html.

Since ODOT does not typically advertise new highway construction projects for bid in December, no construction contracts were awarded by the commission this month.