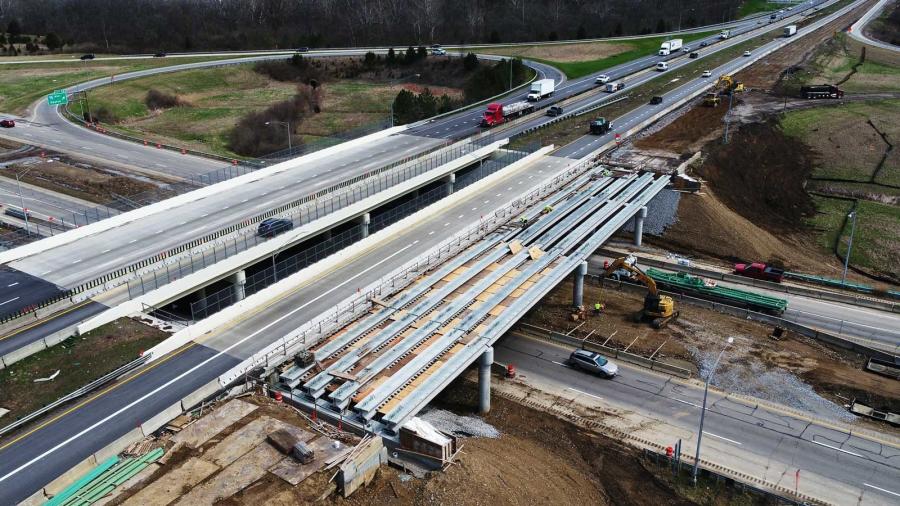 The Ohio Department of Transportation (ODOT) is gearing up for another busy construction season. This year, ODOT will invest $1.92 billion into 956 projects to improve transportation across the state.

The 2021 construction program includes improvements to 876 bridges and 4,596 mi. of pavement. Ninety-six cents of every dollar invested will go toward making sure existing roads and bridges are in good condition and as safe as possible.

"Ohio's ability to safely and easily move people and goods is vital as we continue to recover from the global pandemic," said Gov. Mike DeWine. "As ODOT begins the 2021 construction season, there are many infrastructure projects throughout the state that will improve safety for motorists. We also need motorists to pay attention and not drive distracted, and to slow down in construction zones."

An increase in the state motor fuel tax that went into effect on July 1, 2019, has allowed ODOT to keep maintenance and safety projects on schedule despite a 15.5 percent drop in traffic volume last year.

"Due to the foresight of Gov. DeWine and the Ohio General Assembly and internal operational savings identified by our workforce, we have been able to weather this global pandemic. Without those extra funds, we would be nearly a billion dollars in the red," said ODOT Director Jack Marchbanks. "While other states have been delaying or cancelling projects, Ohio continues moving forward."

Safety remains the top priority, with a total of 266 safety projects included in this year's construction program. Of those, 131 projects are funded through the ODOT Highway Safety Improvement Program, a total investment of $178 million. A portion of these funds will go to local municipalities, townships and counties to make safety improvements on roads they maintain.

"Sadly, traffic deaths continued to climb last year, even with fewer vehicles on our roads," Marchbanks said. "We must continue to prioritize projects that make our roads safer for everyone who uses them."

Funding also will help target more than 150 intersections prioritized by DeWine in early 2019. These projects include simple adjustments like changing signage and striping to more complex solutions like the full reconstruction of an intersection. To date, 36 locations have been completed; 43 are under or will soon begin construction this year; 101 are under design; and four are still being studied.

With increased construction throughout the state, it's more important than ever that motorists follow Ohio's "move over law." The law requires drivers to move over for any roadside vehicles with flashing lights. If they cannot move over, they must slow down.

"Drivers should always pay attention, but work zones require extra attention. Just like you, these workers want to go home at the end of the day," Marchbanks said.

There were 4,536 work zone crashes in Ohio last year. Of those, 18 crashes were fatal and 96 resulted in serious injuries. ODOT will continue to work with the Ohio State Highway Patrol for targeting enforcement of traffic laws in work zones.

Last year, ODOT crews were struck 125 times while on the job. ODOT crews have been hit 52 times already in 2021. A total of 162 ODOT workers have been killed while working to improve Ohio's roadways.