ODOT Kicks Off Major Reconstruction of I-70 in Zanesville 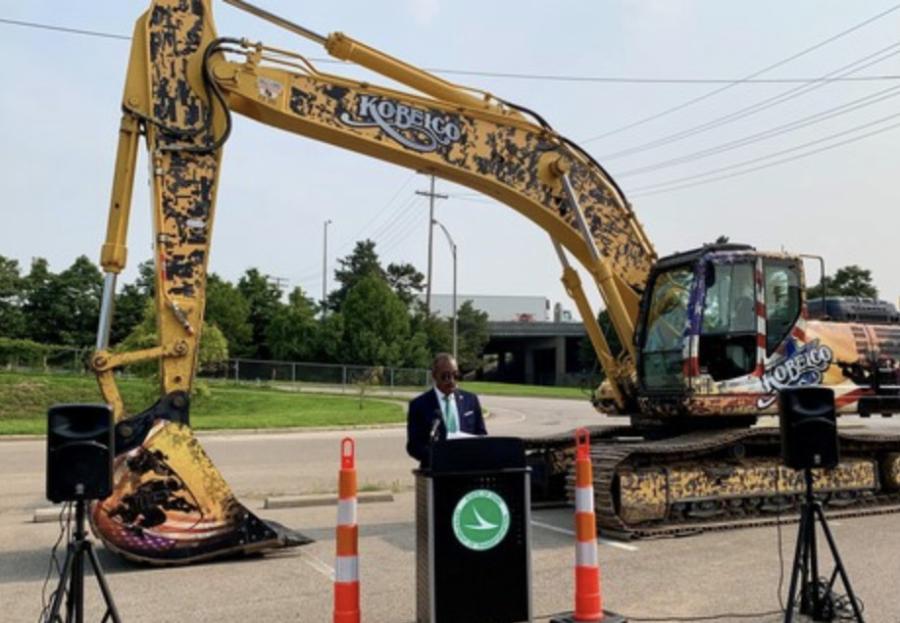 Ohio Department of Transportation (ODOT) Director Jack Marchbanks officially kicked off an $88 million project to reconstruct Interstate 70 through the city of Zanesville on July 20. In addition, the project will resurface I-70 from U.S. Route 40 to State Route 93 and impact 16 bridges, including the bridges over the Licking and Muskingum rivers.

"This work will not only benefit local residents and drivers, but also the high volume of trucks and commerce that use this key corridor," said Marchbanks. "The impact of this investment in central Ohio will be felt across the state in terms of the safe and easy movement for commuters and freight-haulers alike."

Last reconstructed in the mid-1990s, replacement of the 25-year-old pavement will be a welcome upgrade. Approximately 40,000 to 50,000 vehicles use this stretch of interstate each day, including more than 10,000 trucks or about a quarter of the average daily traffic, emphasizing the route's regional and statewide importance.

"We welcome the investment by the state of Ohio into our city and we ask the public to be cautious and patient as Shelly & Sands rebuilds this aging infrastructure," said city of Zanesville Mayor Donald Mason. "The city will work with our private and public sector partners as we endeavor to protect the motorists and workers from the beginning until the end of this epic project."

Traffic will be maintained throughout the duration of construction, but these improvements won't come without inconvenience. Narrower lanes, temporary traffic patterns and a reduced speed limit when workers are present will require extra attention behind the wheel.

"When this project is completed, it will be a wonderful asset to the city, county and the state of Ohio. However, there will be traffic disruptions during the construction process," said Cole Graham, president of Shelly & Sands Inc. "We ask that the traveling public remain alert and use caution in and around our work zone so that at the end of the day, everyone can get home safely."

"It's going to be a great project to watch come to fruition, and I look forward to the ribbon-cutting," said Sen. Tim Schaffer.

To minimize impacts to traffic and maintain access to and from downtown Zanesville by staggering bridge and ramp closures, the project is expected to be complete in fall 2027.