ODOT Works to Improve I-84, Fish Passage in Ladd Canyon 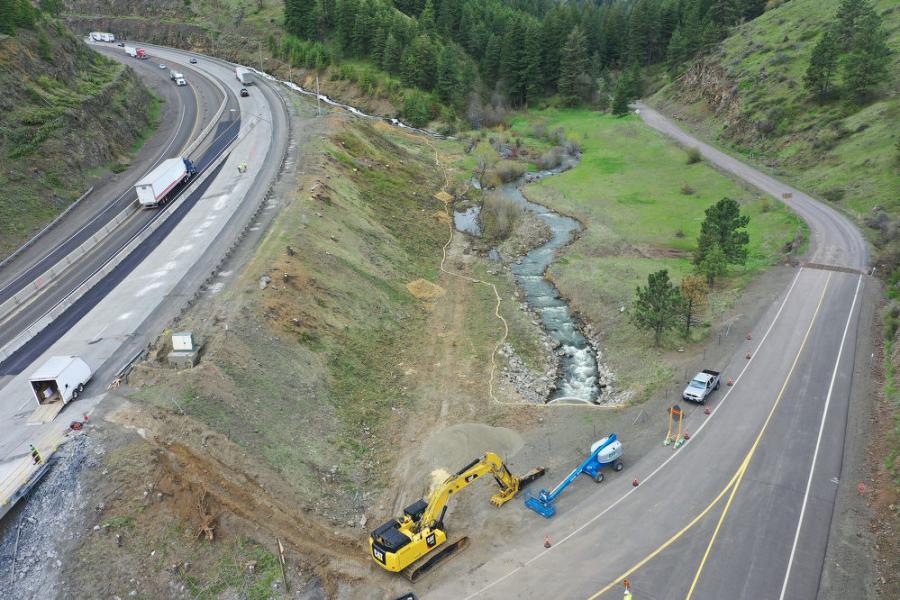 One of the challenges is that the work is occurring on a steep grade, in a narrow canyon and with the sharp curve at the bottom. (ODOT photo)

Crews have begun work on a $29.3 million project in Eastern Oregon that is expected to improve safety on a highway on which 50 percent of the traffic is trucks and one that is notorious for perilous conditions.

The Ladd Canyon Freight Improvement project will widen a section of the Interstate 84 eastbound freeway in the Ladd Canyon area between milepost (MP) 270.39 and 272.81, approximately 6 mi. east of La Grande, and construct a third lane for truck traffic ascending the steep grade. Work also will include replacing the I-84 Ladd Creek (Exit 270) Interchange Bridge at MP 270.87 with a box culvert. 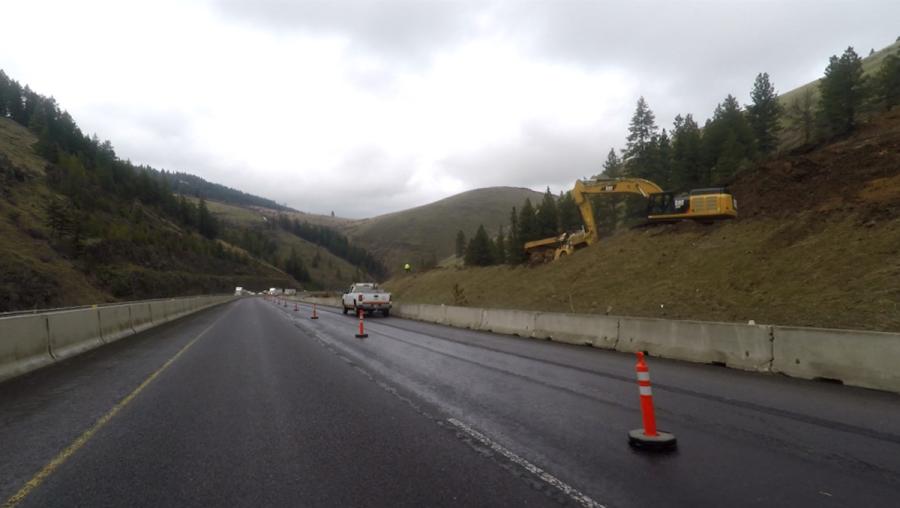 "We're excited because it's been a problem for a long time," said Oregon Department of Transportation spokesman Thomas Strandberg.

Traffic — 8,000 to 14,000 vehicles per day depending on the location — in both directions must negotiate a 6 percent grade, steep curve and a bridge that is often icy in the winter.

"This steep incline results in slow truck speeds as low as 10 to 15 mph throughout the year," Strandberg said. "Trucks passing one another on the grade currently block both eastbound lanes, causing back-ups for passenger vehicles traveling behind them. Winter time is more problematic. Ice, snow, and high winds, combined with the steep grade and sharp curve at the bottom of Ladd Canyon have given this section of freeway notoriety among travelers and the freight industry for being a treacherous section of road. Freeway closures in the area are often attributed to commercial vehicle spin outs and wrecks. The issue is a growing challenge as the number of commercial vehicles in the area has steadily increased over the years."

The box culvert is expected to mitigate the icy conditions associated with the bridge. 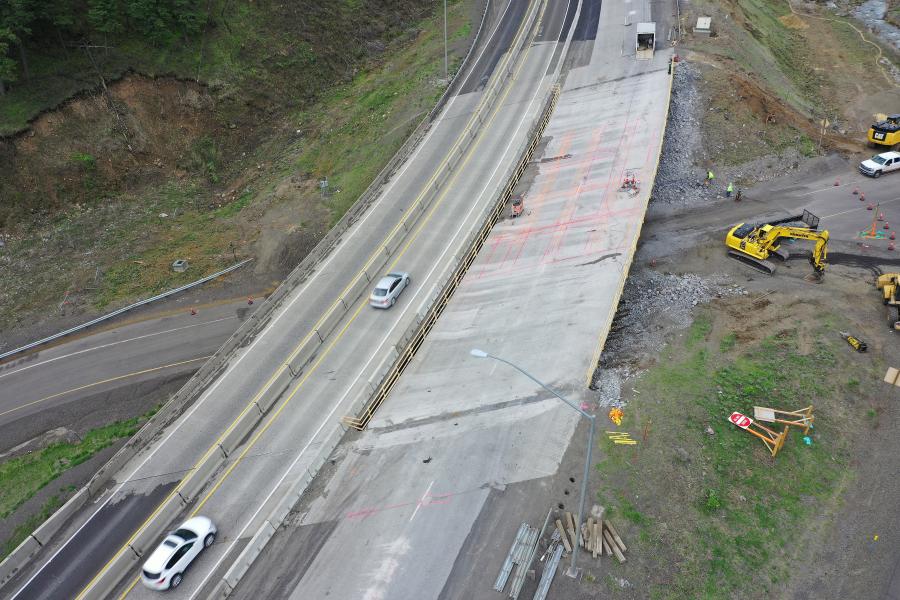 One of the challenges is that the work is occurring on a steep grade, in a narrow canyon and with the sharp curve at the bottom. Pedestrians and bicyclists will be restricted from the work zone, but can take a longer, scenic route or use the local shuttle bus on weekdays.

The project will not only benefit travelers, but fish in nearby streams.

"One of the goals was to improve fish passage," Strandberg said. "When they built the freeway back in the '60s and '70s, they didn't have a lot of environmental regulations. They did things we wouldn't do today. One thing they did was put in a 25-foot drop. The stream came down the hill and dropped down below the grade of highway and then they put in another culvert under the highway. They eliminated that a couple of years ago. They moved culvert out and made it a gradual stream bed. That's been on our books for a number of years to get that drop fixed so fish could actually get back up the stream to spawn."

A second project west of Ladd Canyon also is under way. The I-84 Snow Zone project between La Grande and Pendleton will see the installation of a dozen message boards and road censors in mountain passes.

"Cabbage Hill is notorious for problems, including heavy fog," Strandberg said. "This new project will install variable message signs so that when there is thick fog or a wreck, these signs will improve getting messages to folks in vehicles. You don't really know what is ahead of you unless you see a sign. That's going to be a big $15 million project that will vastly improve communications. It's a big project. Ladd Canyon and Cabbage Hill are two trouble spots. We're pretty excited to see these improvements." CEG