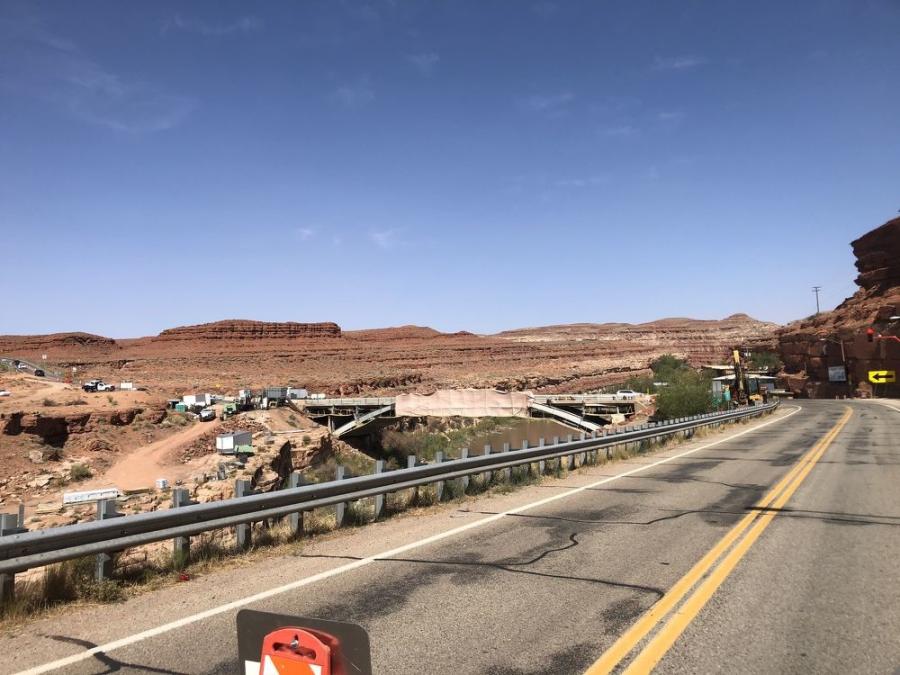 UDOT considered several options for upgrading the Jason R. Workman Memorial Bridge, including two new bridges, one that would have maintained the current alignment and another that would have been farther up the road and eliminated a hairpin turn necessary to access the current bridge.

Vehicles have been traversing the bridge over the San Juan River on the edge of the tiny desert town of Mexican Hat, Utah, since 1953.

Six years ago, the metal arch bridge was renamed the Jason R. Workman Memorial Bridge, honoring Utah native and fallen local war hero Special Ops Jason Workman. Workman was a 1997 graduate of the San Juan High School who died Aug. 6, 2011, when the Chinook helicopter he was riding in was shot down in Afghanistan. 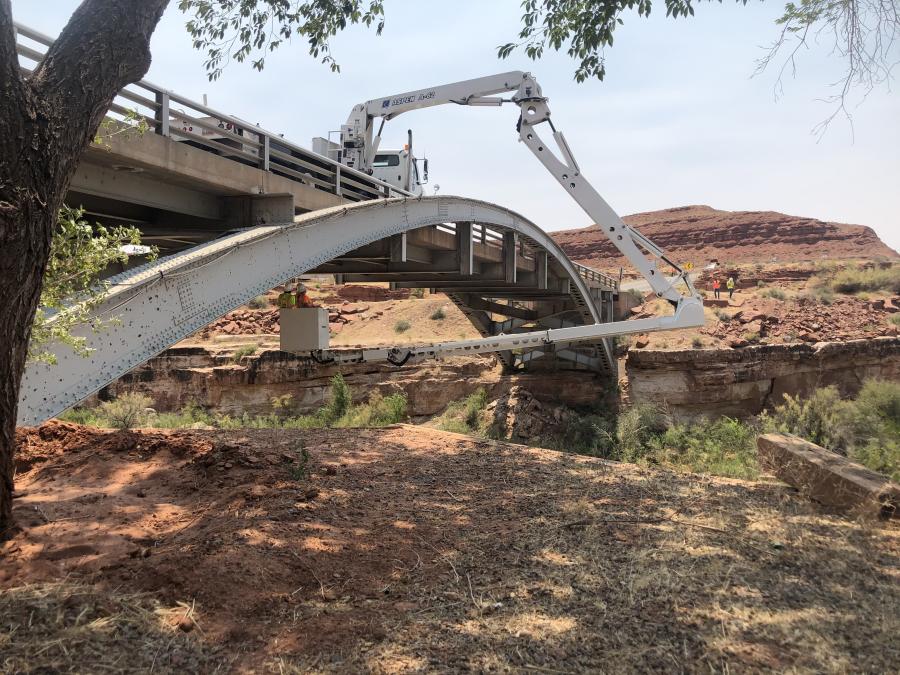 This year, the bridge got an update of a different sort with a $3.47 million rehabilitation project meant to extend the bridge's life another 25 years — albeit with some less-than-contemporary features.

Granite Construction was awarded the contract to deliver the upgrades, which included a design structure to ensure structural integrity by working on bridge plates, columns and rivets; as well as improving drainage. Other activities include repairing potholes on the deck, work on expansion joints and painting the bridge to prevent corrosion.

"It is an arched span bridge," said Brett Anderson, project manager of the Utah Department of Transportation (UDOT). "It has two small lanes from edge of curb to edge of curb — about 20 feet is all. It doesn't even have a painted centerline because it is so small. It doesn't meet the clear zone standards we normally have. The railings aren't built to standard. They were when it was built. The parapet is metal instead of the concrete we'd normally do. That stayed intact. We had to repair that, but we kept the historic character."

The river separates the Navajo Nation from the private side of the river, so while the Navajo Nations use the highway, it is largely traveled in the summer months by visitors who come to take in the nearby tourist draws of Bears' Ears National Monument, Four Corners and the Moki Dugway highway, a dirt road marked by heart-stopping switchbacks and breathtaking views of Monument Valley.

UDOT considered several options for upgrading the Memorial Bridge, including two new bridges, one that would have maintained the current alignment and another that would have been farther up the road and eliminated a hairpin turn necessary to access the current bridge. Another called only for deck replacement.

"The option we ended up doing was we did a bridge rehabilitation that included structural steel repair," Anderson said. "We rehabilitated the existing girders, did pothole patching with a waterproofing membrane and also a HMA [hot mixed asphalt] overlay, as well as expansion joint modification. We also did substructure repairs. We extended the deck drains down below the arch. They were short and some of the water was hitting the existing arches. We cleaned and repaired the structural steel, column strengthening included."

One of the biggest challenges was the rural location of the project, and the lack of a certified concrete batch plant. Instead, contractor Granite Construction brought in mobile batch trucks. Crews built a false bottom across the bridge and brought in concrete trucks, air compressors to remove the original asphalt, equipment to spray the new paint, and, because all of the paint was lead-based, flat-bed trucks to contain the lead paint removed from the bridge. 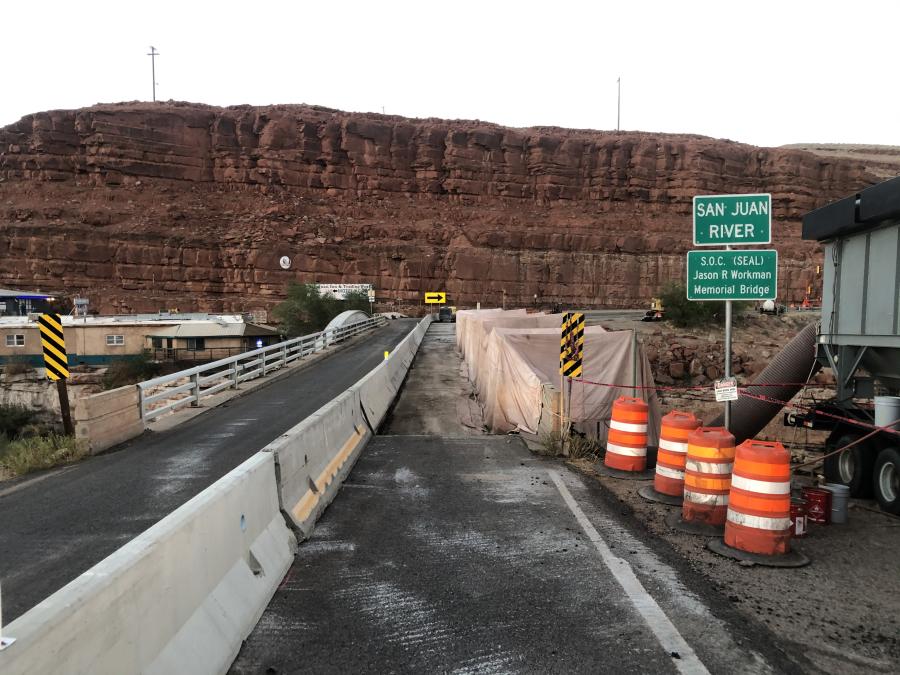 "There was not a ton of big equipment," Anderson said. "They just had a set up of a flatbed truck and they would use some sort of shot — sort of like sandblasting but with little tiny BBs — to take old paint off, then gather that up and recirculate it after they cleaned the BBs. When it was all said and done, I guess this company has done it before as they only had two or three truckloads they had to take out."

The bridge work was done in three phases. The first phase involved 8 ft. on the west side of the bridge, followed by the closure of the center portion for deck joint work.

"It was just closed for a weekend because we didn't want to have problems with people not being able to use the bridge for months. So we opened it up and allowed people to go on the west side while they worked on the east side. There is a way around, but the way around is a two-hour stretch. So allowing them to close that down was a big feat."

There was one issue UDOT had to address before shutting down the bridge and that was ensuring that water was available for nearby livestock.

"We had to provide water on the south side because some people come to the north side and then back, but over that weekend they were not allowed to do that," Anderson said. "The Nation uses Right Water Hauling to take water to the tanks on the reservation. We used that same trucking company from Flagstaff and they got water and they just sat there with their potable water and gave it out to the people who needed it." CEG