Offshore Work Under Way to Relocate U.S. Base on Okinawa 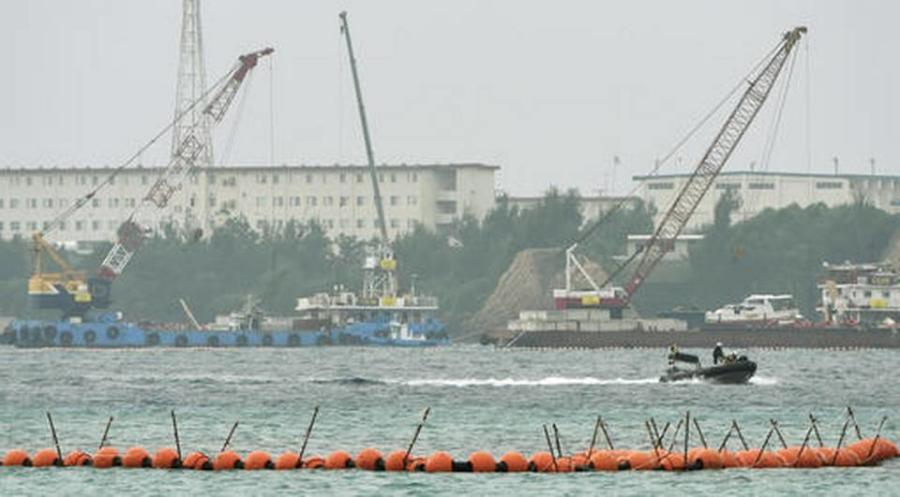 The step marks the beginning of the main construction to move Marine Corps Air Station Futenma to Henoko, a less populated area on the island's east coast.

It comes just days after U.S. Defense Secretary Jim Mattis, during a visit to Tokyo, reaffirmed with Japanese leaders that the Henoko plan is the only option.

Workers are to dump large concrete blocks into sea to create undersea silt curtains to reduce environmental impact — a process needed before creating a coastal embankment and subsequent landfill.

The relocation has stalled for more than 20 years due to persistent protests. About 100 people gathered outside Camp Schwab, a U.S. base near the construction site, to protest. They held placards with messages such as “No to new Henoko base” and “Independence from colonialism.”

Many residents complain about the large American troop presence on Okinawa and want the Futenma base removed, not relocated.

Thr move follows a series of legal battles between Japan's central government and the island, which ended up with a supreme court decision rejecting an injunction order backed by Okinawa.

Okinawa Gov. Takeshi Onaga, seeking to block the construction, is expected to refuse to renew a current permit for moving coral reefs in the designated area when it expires at the end of March, according to media reports.

Chief Cabinet Secretary Yoshihide Suga told reporters that the central government is determined to “move forward with the relocation work,” while paying attention to environment and the livelihoods of residents. —AP