The project consists of removal of the current road — more than 230 million sq. yds. — and reconstruction of its main lanes.

As the oil and gas industry in West Texas continues to roar, the heavy activity of energy exploration and production translates to a constant flow of 80,000-lb. trucks traversing the roads in the state's Permian Basin. The vehicular workout foisted on Interstate 20, the east-west highway that runs through from the Texas city of Kent, near the New Mexico border, east to Louisiana, translates to a steady and ongoing maintenance schedule on the roads in and around Ward County.

Situated in the Odessa District, one of 25 transportation districts in the state, the Texas Department of Transportation awarded Jones Bros. Dirt & Paving Contractors Inc., a $24.1 million contract for improvements along a 15.5-mi. stretch of I-20 in western Ward County. The project, which began in April, entails rebuilding all four lanes of the road that runs from the Pecos River near Barstow to 1.5 mi. west of FM 1927 near Pyote. The work also includes minor repairs to the bridge over the Pecos River.

The nuts and bolts of the project consist of removal of the current road — more than 230 million sq. yds. — and reconstruction of its main lanes. Included in the work, the 25 to 30-man Jones Bros. crew pours 106,000 tons of superpave mixtures SP-B and 85,000 tons of the SMARF hot mix. They'll top off the work with a seal coat overlay. 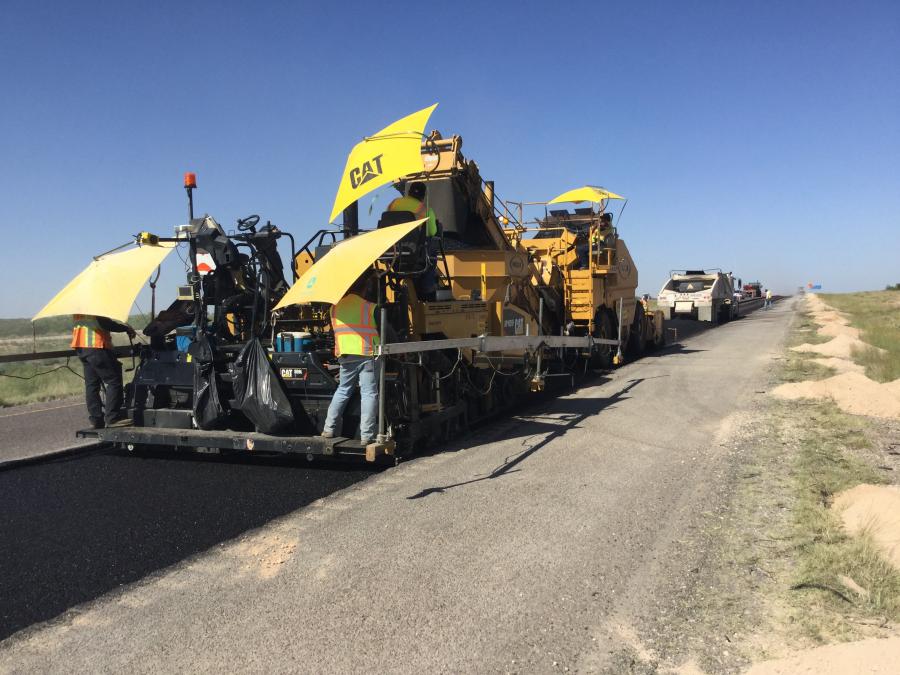 Starting on the east end of the project near Pyote, Jones Bros. split the project into multiple segments of around 2 mi. each, with plans to work on some non-continuous sections concurrently. During construction, the normally 80-mph zone drops to 70 mph with lanes occasionally restricted to widths of only around 12 ft.

Stacey Bryant, general manager of Odessa-based Jones Bros., said the primary challenge of the job centers on the "high volumes of traffic" along the interstate. The difficulty isn't unfamiliar to the company as the predominant amount of work performed by the Jones Bros. centers on projects along the I-20 corridor in the Permian Basin. The company likewise demonstrates its expertise in working in the area with an estimated completion date of Sept. 1, which is six months ahead of schedule.

Jones Bros. expertise translates to current annual revenues of around $150 million with TxDOT as its primary customer.

The location of the I-20 project speaks volumes in terms of the West Texas economy where fracking innovations means area infrastructure handles heavy volumes of trucks hauling essential fracking resources like water and sand. Advances that allow fracking crews to cover two horizontal mi. in their drilling — compared with only .5 mi. just a few years ago — translates to a steady flow of heavy trucks in and around the roads of the Permian Basin.

"The energy sector adds a major challenge, straining the transportation system and spurring population," according to Odessa District Profile site information. Official numbers from fiscal year 2018 put the population in the 12-county area at around 405,000 residents. However, according to the Texas Demographic Center, an additional 34,000 more people now reside in the area.

For TxDOT, the industry boom means at least part of the department's mandate involves addressing Texas roads as a resource supporting the continuation and the expansion of oil and gas companies output. It's not a mandate the department takes lightly. Reportedly, TxDOT currently allocates 10 times more funding to the state's highways than it did just a few years ago. 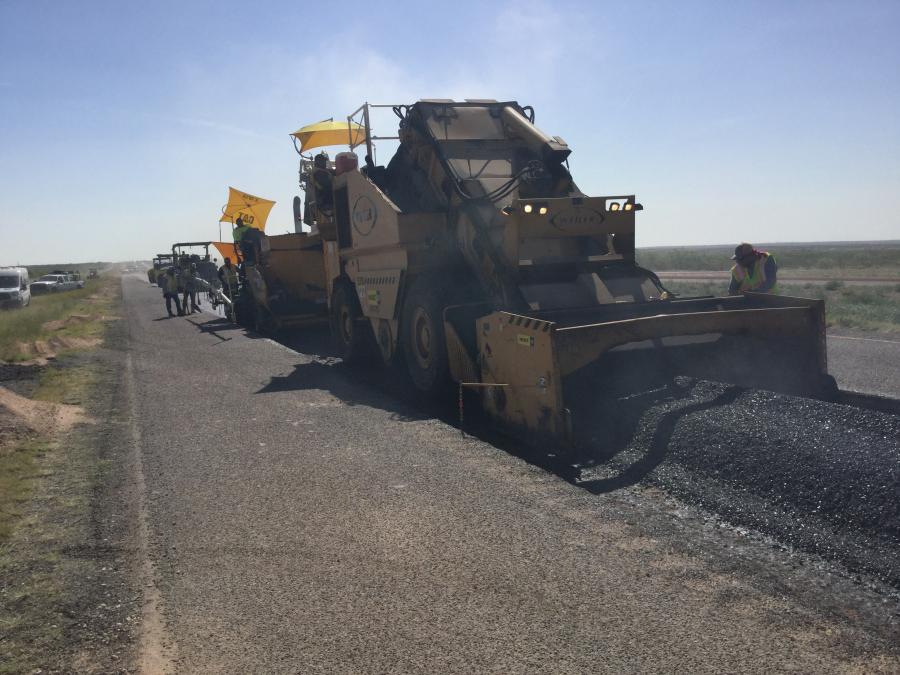 The department divides the state into 25 districts. The Odessa District, which includes Ward County along with 11 other counties, consists of 18,343 sq. mi. and more than 8,100 lane mi. supporting more than 14 million daily vehicle mi.

According to district profile information, a current 33 projects are under way in 68 locations with a total cost of more than $450 million. An additional 26 projects, totaling more than a half-billion dollars, gets under way by the end of the year. Sealing costs add more spending to the bill.

Still, in terms of the I-20 project in Ward County, district spokesman Gene Powell described the road work as "just a rehabilitation" of the sort that accompanies routine maintenance. The I-20 section project typically holds 20,000 vehicles per day, which means the road isn't included in even the top 500 in terms of the state's traffic.

"We don't have a defined cycle of maintenance," Powell said, explaining more than a decade has passed since previous work on the road section. TxDOT road projects run in conjunction with ongoing evaluations by district maintenance specialists and engineers, he said.

In Ward County specifically, oil and gas industry roots run deep. In the late 1920's, for example, industrious workers constructed a tank that covered more than eight acres of land with a capacity to hold more than one million barrels of crude oil. The idea behind the tank was to prevent price collapse due to oversupply of the product.

After completion of the quarter-million-dollar project, the tank was only filled once.

"After this initial and only use of the tank, the project was abandoned due to the tank leaking, an increase of taxes for stored oil and the Great Depression," according to the Ward County website.

Today, the barrel encompasses the Million Barrel Museum and includes regional historical artifacts, including the first Ward County Jail house, a railroad section house, oil field equipment, farming tools, a windmill and a schoolhouse. The barrel even includes an ampitheatre constructed in one corner of the tank for concerts and other special events.