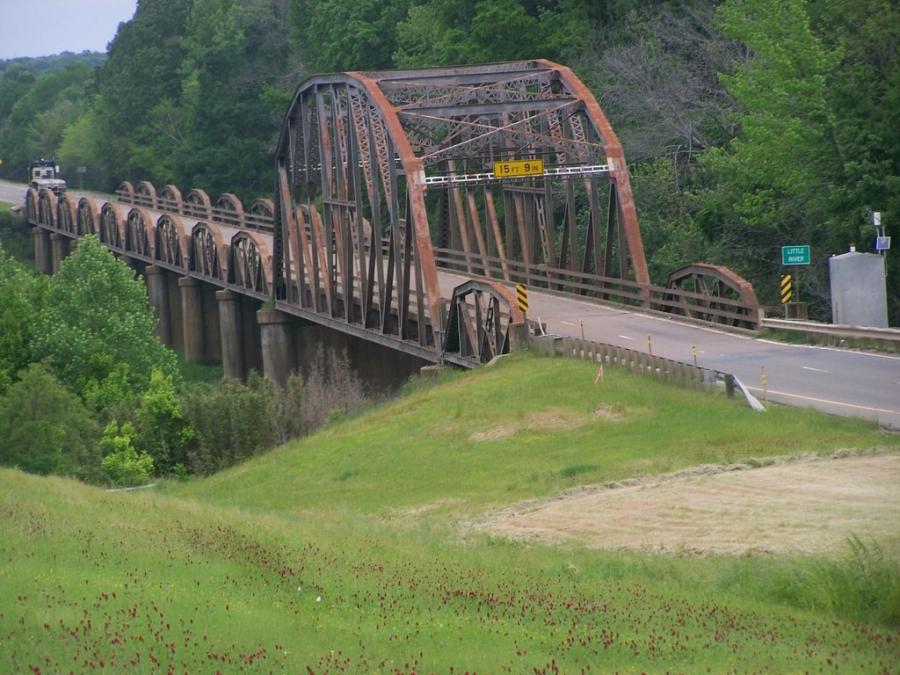 The plan is set to replace or rehabilitate 313 bridges on the county system – of which 151 are structurally deficient or functionally obsolete – and to improve 585 mi. of county roads in the next five years.

On Aug. 3, the Oklahoma Transportation Commission approved the nearly $880 million County Improvements for Roads and Bridges plan that has been updated for State Fiscal Years 2021 through 2025, which is designed to address projects like the Belford bridge. The plan, managed by the Oklahoma Department of Transportation, is set to replace or rehabilitate 313 bridges on the county system – of which 151 are structurally deficient or functionally obsolete – and to improve 585 mi. of county roads in the next five years.

"Oklahoma's county road network accounts for 60 percent of the state's bridges and 73 percent of its centerline miles on our state's transportation system and this funding is fundamental to keeping the ‘off-system' infrastructure online for years to come," said Tim Gatz, Oklahoma secretary of transportation and ODOT executive director.

The plan is comprised of 209 projects with all 77 counties represented. The department works with the counties' eight Circuit Engineering Districts to prioritize projects of the highest need in each county and make the most of state, federal, local and tribal funding sources. The plan allows counties to work together to pool resources to address high-priority projects too large for any one county to accomplish. By law, ODOT administers the plan and partners with the counties to oversee the state and federal funds incorporated into many projects.

"The Belford bridge and projects like it symbolize how significant the CIRB program is for sustaining the transportation access Oklahomans rely on daily," said Shelly Williams, ODOT Local Government division engineer. "This bridge has been in need of replacement for many years. Rebuilding this connection could not happen without the CIRB."

The $13.3 million bridge replacement project is slated for SFY 2025 in the plan, but due to the needs of the community and the urgency to replace the structurally deficient bridge, it is anticipated to go to construction earlier than planned when the preconstruction requirements have been met. The CIRB partnership fosters collaboration and coordination between the state and counties to address issues like this one.

In the spring, ODOT received a $10.3 million federal grant to replace 34 structurally-deficient bridges in Grant County. This Competitive Highway Bridge Grant bundles all the bridges into one project, allowing for more to be done with the same dollar amount through innovative contracting practices. These projects appear in the new iteration of the plan to go to bid in SFY 2021.

Many significant projects across the state are new to the plan this year, including: