Oklahoma Football Gets $160M for Flashy Upgrade to Stadium, Facilities 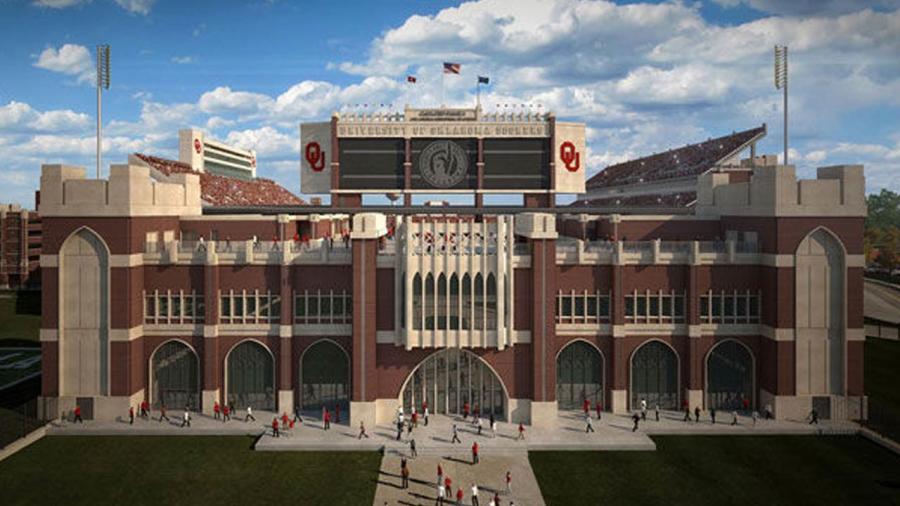 The University of Oklahoma broke ground on its $160 million South End Zone project in August 2015, and now it is nearly complete.

NORMAN, Oklahoma (AP) Oklahoma wanted a fresh, new look to maintain its place with the big boys, and now the Sooners have it.

The school broke ground on its $160 million South End Zone project in August 2015, and now it is nearly complete.

Last year, the project turned the stadium into a bowl and closed off the south end of Memorial Stadium for the first time since it opened in 1923. Oklahoma defeated Louisiana-Monroe 59-17.

As construction took place, the players used temporary locker rooms, and everything looked out of order.

The most recent round of upgrades includes a new locker room, weight room, 70-yd. indoor turf practice field and lounge.

The updates go well beyond the visual. New technology allows the team to study such details as how much force a player uses when he runs. In all, the project covers 132,000 sq. ft.