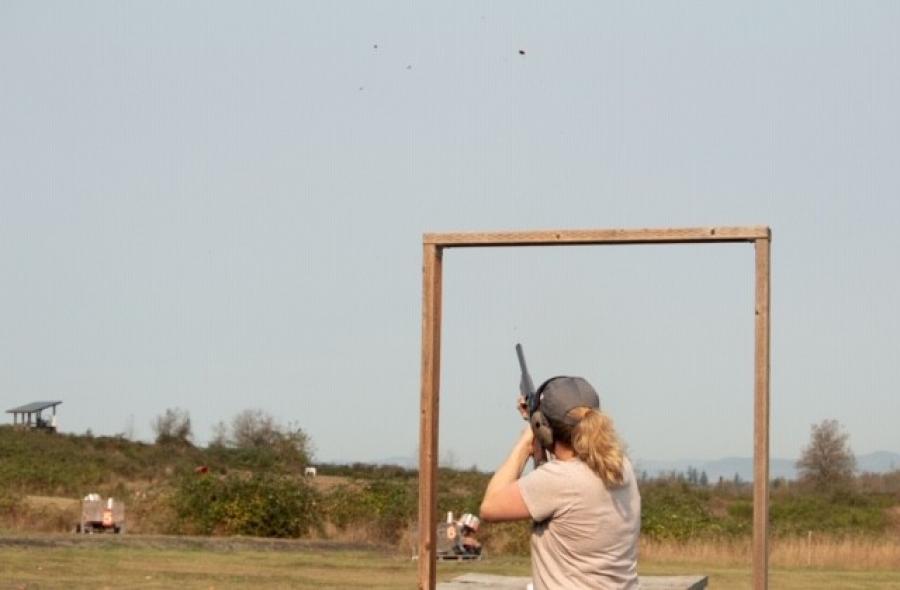 The second annual Oregon Logging Conference Foundation (OLCF) Clay Target Tournament fundraiser on October 2 raised more than $32,000, with all proceeds from the event to benefit college students who receive scholarships from the OLCF. The fundraiser was held at Creswell Clay target Sports in Creswell, Ore. "We are very fortunate to be able to hold this fundraiser considering this year's events, and at the end of the day we raised $32,500 which will go directly to the 2021-2022 school year scholarship recipients," said event chairperson and OLC Board Member Jeanne Shuttleworth. 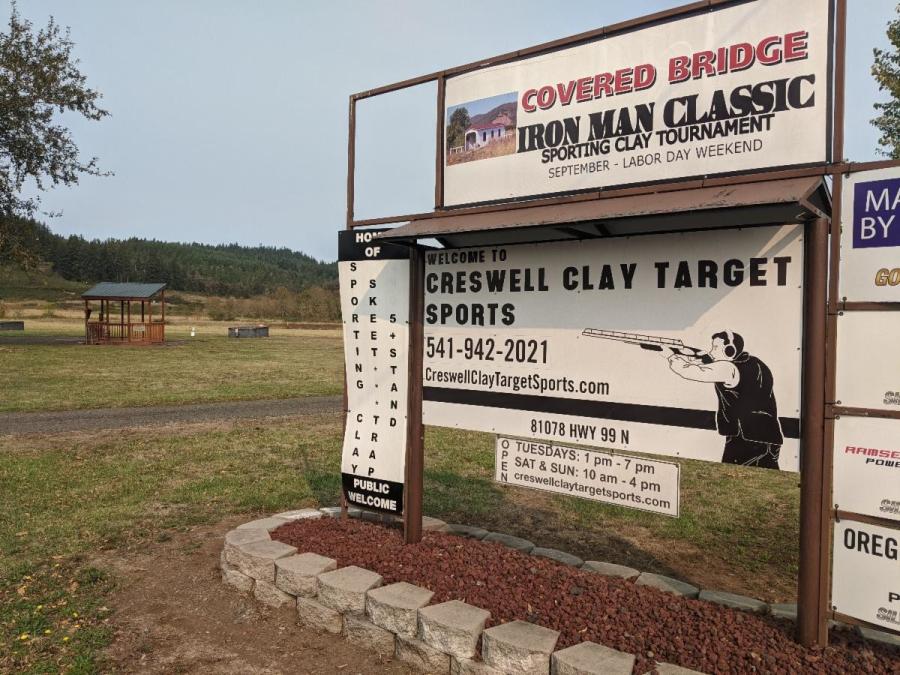 About twenty-five volunteers helped to set up the target shoot, manage registration, and staff the stations. Jeanne Shuttleworth, Rikki Wellman and Kevin Merritt were responsible for much of the organization and behind-the-scenes work, along with members of OLC staff and volunteers from the gun range.

Following registration, a catered lunch was served courtesy of Erin Pelayo from Chapala Mexican Restaurants. Lunches came individually packaged, and the group was able to eat outside and practice social distancing as per COVID-19 regulations. During the meal, Jeanne Shuttleworth addressed the group, thanked the event sponsors and introduced Justin Helgren, a Junior at Oregon State University majoring in Forest Management who is a current beneficiary from the OLCF scholarship program. Lunch was sponsored by Giustina Resources and the drink sponsor was Swanson Group.

In addition to paid team registration, participants had the option to buy do-over tickets for missed rounds, opportunity drawing tickets for donated prizes, and participate in the auction held at the end of the day. Auction items included a salmon fishing trip sponsored by Alta Forest and Mountain West Log Scaling Bureau, a backpack full of items donated by Mark and Denise Taisey (with proceeds to fund the Carl Welle Memorial Scholarship), and a Tikka rifle donated by L and L Inc., Martin Custom Harvesting, and Bearhaven Consulting. Combined, the auction and opportunity drawing raised $8,000.

Fourteen teams rotated through the stations on the course, and for each broken "bird" or clay target, one point was awarded to the individual who shot it. The scores of the top four shooters on each team were added up to determine the team scores with a maximum of 100 points.

The first-place team for the second consecutive year was Ocean Terminals. Second place team was Giustina Resources. Steve Munsell and Liz Goll were the high scoring man and woman, and the Conservation Award (for the lowest scoring individual) went to Donna Kriege.

When all of the groups finished shooting, everyone gathered together for drinks and the awards ceremony sponsored by Ocean Terminals, Pay it Forward, and Pat and Liz Goll.

"The event was a huge success and it's a wonderful thing that despite all of the challenges being faced in our lives, this group of people was able to come together with generosity and camaraderie and make a contribution to the future of the logging industry," conference manager said Rikki Wellman.