Olympic Cauldron Taken Down for Improvements 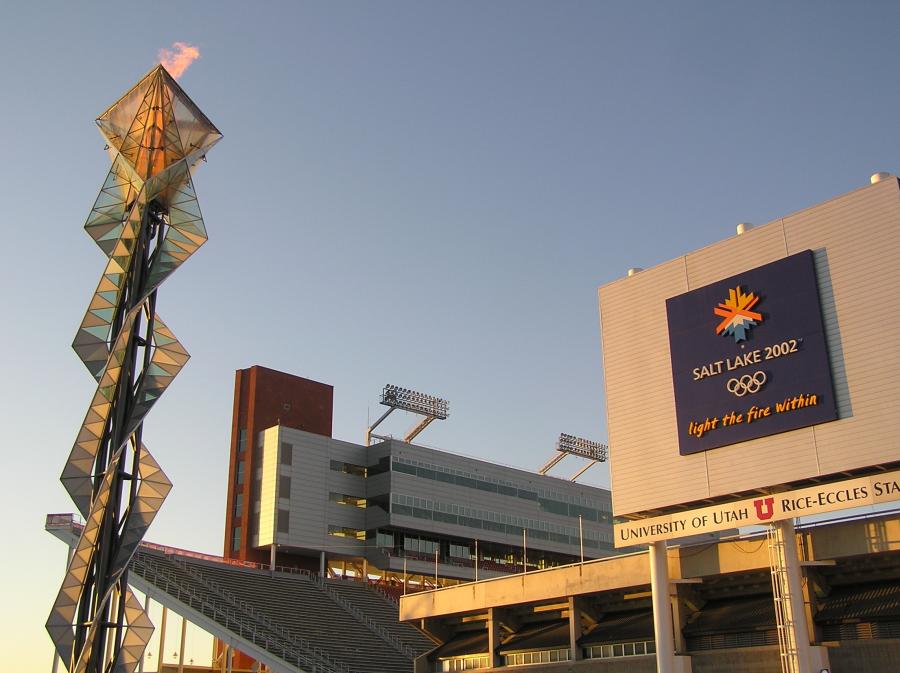 The cauldron has stood for the last 19 years, but will be re-installed on the grounds in about one year. (University of Utah photo)

As part of the Ken Garff Performance Zone expansion at Rice-Eccles Stadium at the University of Utah, the 2002 Olympic cauldron was temporarily moved on Feb. 13 to a secure location where it will be refurbished.

Once the refurbishment is complete, the cauldron will be installed just outside Rice-Eccles Stadium, just north of the ticket office. The project is expected to take about a year to complete.

Workers with Layton Construction and Mountain Crane began dismantling the 2002 Winter Olympic cauldron, but after workers discovered that the estimated weight of the structure was off by 2,400 lbs., crews had to suspend the operation and bring in another crane to get the job done.

"Obviously, this is a treasure for this area and we want to keep it that way," said Joshua Haines, vice president of Layton Construction, in an interview with the Salt Lake Tribune. "As part of the stadium's expansion project, the 19-year old cauldron will be restored to its former brilliance and re-installed on the grounds of the stadium, north of the ticket office, in 2021."