What began as one man’s desire to put a smile on the faces of a couple of disadvantaged kids at Christmas has evolved into a major charity drive. 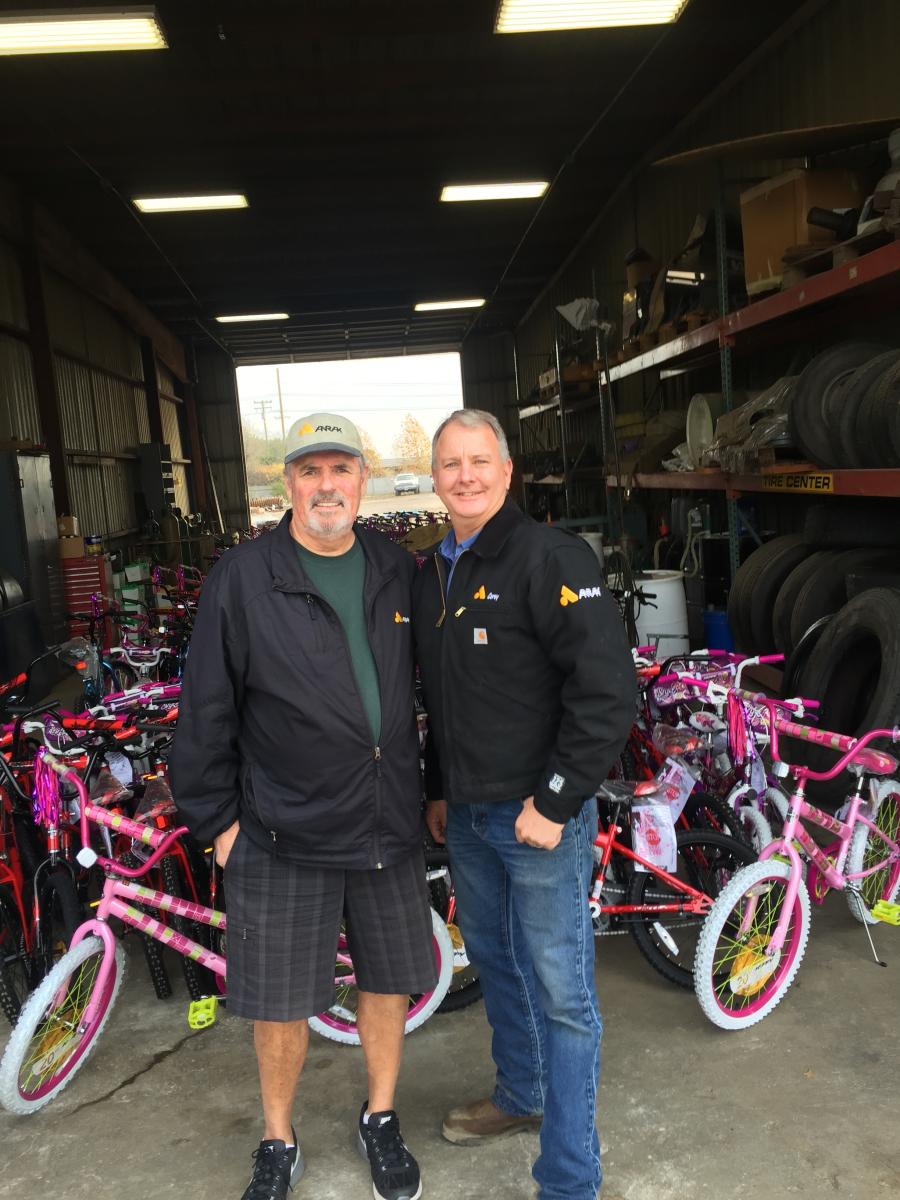 Mark Anderson (L), president and owner of Anrak Corporation, and Corey Wilson, general superintendent, are ready to make Christmas a bit brighter for some kids this year.

What began as one man’s desire to put a smile on the faces of a couple of disadvantaged kids at Christmas has evolved into a major charity drive. With help from a local contractor, more than 1,000 bicycles are donated every year in the Sacramento area.

Corey Wilson, general superintendent of Anrak Corporation, a Sacramento, Calif., asphalt milling contractor, was first motivated to do something in 2003. As he was driving through a low-income area a few days before Christmas, he asked himself what he could do. Bikes, it occurred to him, were the obvious answer. Every child wants and needs a bike, he reasoned.

Wilson purchased three bikes that first year, and went through the neighborhood looking for kids who could use them. He continued his solo effort for the next couple of years.

In 2005, Wilson happened to mention what he had been doing for Christmas to Mark Anderson, Anrak owner and president. Anderson’s interest was sparked, and he immediately asked how he could help.

With Anderson’s donation of $1,000 and money he had raised from friends and family, Wilson was able to purchase enough bikes for 40 kids from area Walmart stores.

Realizing that his ability to identify the needs of dozens of potential recipients was limited, Wilson looked for a formal charity program to donate through. He turned to Chips For Kids, an annual toy drive organized by the California Highway Patrol (CHP).

Ten years after his original idea, the project has grown tremendously. Under the direction of Wilson and Anderson, enough money was raised to donate more than 1,000 bicycles, 20 wagons and now, helmets are provided for each bike donated.

“I’m blown away every time I think about it,” said Wilson, of how the bike drive has taken off.

“This year, with leftover money, we were able to connect with Children’s Therapy Center. Kids with cerebral palsy and other diseases were able to receive specially-made bicycles to accommodate their needs.”

Involvement from Anrak Corp. has grown dramatically. Once Wilson was on board, the entire management team soon followed, as did the majority of employees of the company. Some help with fundraising, while others contribute their time to the major initiative of assembling 1,000 bicycles.

Anrak vendors have even joined the effort. The Wirtgen Group, Anrak’s major supplier of milling equipment, is now a major contributor. In addition to financial support, employees of Nixon-Egli Equipment Co., Wirtgen’s dealer in California, help on assembly day.