One Rhode Island School Has Ever-Evolving Design, Another Slated for 2022 Finish 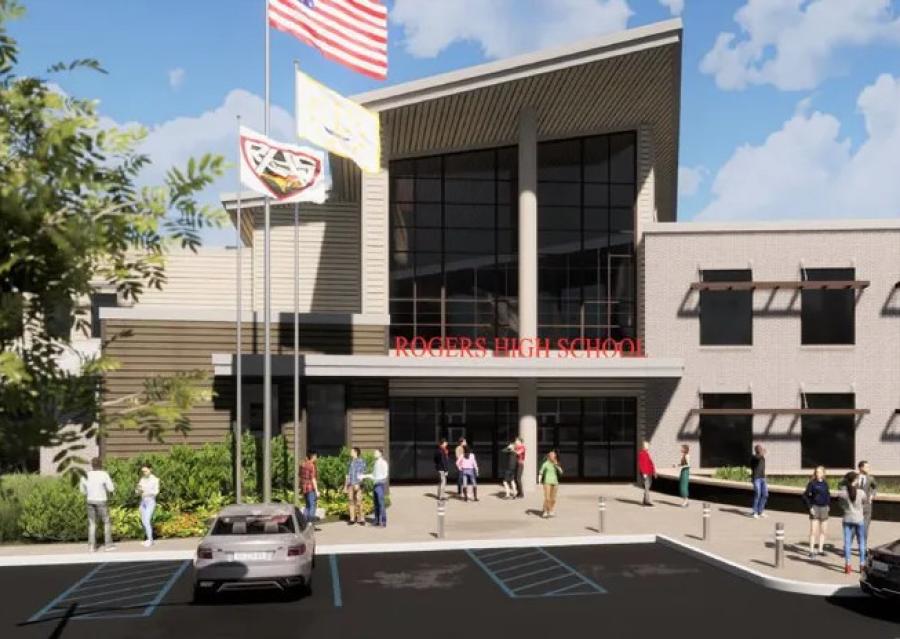 The schematic plan for a new Rogers High School in Newport, R.I., is still undergoing changes, with the most notable of the recent alterations being a planned new building for the school district's administrative offices and staff, the Daily News reported Dec. 16.

Kyle Lentini, of Downes Construction Co., the project manager of new school construction on behalf of the city, updated Newport's School Building Committee (SBC) on the status of a pair of school construction projects — the new high school and an eight-room two-story addition to nearby Pell Elementary School. The latter appears on track to open in the fall of 2022.

Rogers High is A Design in Progress

SLAM Collaborative Inc., of Glastonbury, Conn., is currently tasked with drawing up plans for the new Rogers High School under state guidelines approved in 2020.

The SBC is scheduled to vote Jan. 24 on whether to submit the schematic design to the Rhode Island Department of Education (RIDE). Before that happens, the updated plan will be presented to the community during a meeting that has not yet been scheduled.

"The high school will be designed so there can be future additions," said Colleen Burns Jermain, superintendent of the Newport Public Schools.

The system's administrative offices, including that of Jermain, are housed in the current high school. However, that space is needed for arts and graphics courses, said Rebecca Bolan, co-chair of the city's SBC.

"A separate administrative building would be put in a deep corner of the west parking lot," she said. "It is cheaper to build it separately because you don't have to follow all the same regulations needed for a school. There is also a safety issue because there are a lot more individuals coming into a school district office that must be cleared. This makes the whole issue less complicated."

The Newport school district is now working on applications to RIDE for future reimbursement of the funding needed for additions to the new high school plan.

When the Stage I and Stage II applications were submitted to the state for the new high school in 2019 and 2020, space for the automotive and cosmetology programs were not included because RIDE was no longer recognizing them as career and technology education programs supported by the state.

However, due to a desire in the community to continue those career pathways, classrooms for those courses will be included in the new school's design. Also, the city has revamped the cosmetology program to include business management, a move that is expected to receive state approval as well, explained Bolan.

There also is a need for an additional track and field area and a practice field at Rogers High School not found in the original plans. A "premium athletic field" that included a soccer field and a track around the outside was always in the first set of designs, she said, but one which came with a $3 million price tag on it.

But an additional practice field, and a track and field for sports like the hammer throw, also was identified as a need.

"The hammer throw is a real safety issue," she said.

According to the Daily News, Joseph da Silva, the lead architect of Newport's School Building Authority, toured the city Dec. 20 with SLAM architects and a team from Gilbane Construction, which will oversee construction of the new high school.

With the schematic design at 60 percent completed, there is still time to make changes, Bolan told the Newport Daily News.

"Nothing has really been designed for the outside of the building yet," she said. "Most likely, it will be brick," adding that a metal exterior originally was planned, but proved to be too costly. A stone exterior is a possibility as well.

Final design development of the new high school is now scheduled to take place between January and the end of April. Construction documents and final specifications would be drawn up by mid-September 2022, after which construction could begin.

The building of the new Rogers High School is expected to take 21 months, until the end of June 2024. After the move-in period during the summer of 2024, students will enter the finished school the following September.

All A-Okay on Pell Elementary Addition

The construction of the Pell Elementary addition is well under way — on time and on budget — Lentini told Newport school officials. The steel frame of the addition has been completed and the concrete floor slabs have been poured, he said, while staging is going up for the exterior walls and masons will be laying the brick facade.

The Daily News reported there are some measures added to the school's construction that were not included in the original design, like safety doors, so they will be included in the new State I and II applications for reimbursement.

The new portion of Pell Elementary will have temporary heating inside so interior work can continue throughout the winter. The building is expected to be ready for students to move into in the fall of 2022.