These guidelines are used to protect workers' rights, maintain safe job sites and limit the emissions of construction equipment. 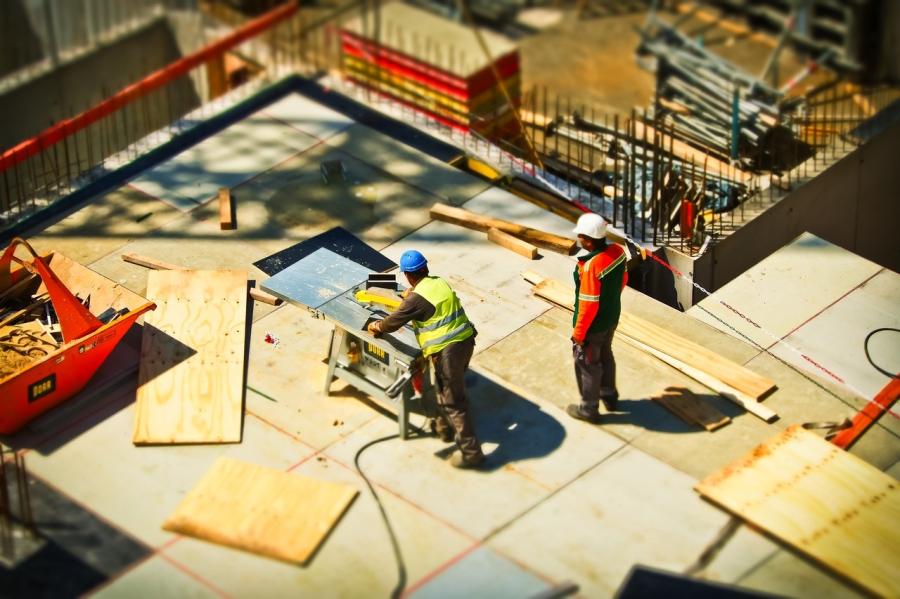 Regardless of whom you voted for in the recent election, there's no arguing the fact that our new president is considering some regulatory rollbacks that will have steep implications for the U.S. for years to come. Although many of the new administration's proposals are innocent at first glance, it is the indirect consequences that have some experts worried.

One of the biggest and most obvious dangers of reducing regulations is the increased carbon emissions we'll likely see in the coming years. According to some estimates, his new policies could result in an

extra half-billion tons of greenhouse gases by the year 2025.

While the U.S. has experienced a steady decline in carbon emissions throughout the past few years, this trend will reverse itself under Trump's presidency. The phenomenon is being referred to as the Trump Effect.

targeting vehicle testing and certification throughout the automotive and construction equipment manufacturing sectors. Those in the industry are concerned that the administration's attitude toward environmental protection could result in less funding and investment toward areas like business sustainability and indoor air quality.

What's more is that some players in the construction market have services which make equipment emissions-compliant. For example, the retrofitting of oxidation catalysts minimizes engine emissions; Carbon Monoxide is reduced up to 85%, Hydrocarbon by up to 60% and Particulate Matter up to 20%. Beyond emissions though, laborers could also be impacted by these regulation rollbacks.

The general laborers who assemble, build and repair construction equipment are also facing new risks on account of overreaching regulatory rollbacks. For starters, the current administration's failure to act in an efficient manner has already cost would-be retirees well more than $400 million over the coming 30 years.

But that's just the tip of the iceberg. The U.S. Senate recently passed a resolution that makes it easier for employers to hide injuries and even fatalities that occur in the workplace. Instead of requiring employers to maintain logs of such workplace incidents for a minimum of five years, the new resolution only makes it easier to circumvent the standards of OSHA and similar regulatory agencies.

In hopes of dismantling the system even further, President Trump issued an executive order on January 30, 2017. According to the order, every proposal for a new regulation requires two previous regulations to be marked for removal. He's also letting companies penalize their employees for failing to disclose private medical history.

The current administration has also failed to show their support for the Department of Labor as a whole. By cutting the department's overall budget by 21 percent, they've shown that they have little regard for the current protections and safeguards that are currently meant to provide fair treatment, unemployment benefits and job training that affects construction workers and equipment manufacturers across the U.S.

Net neutrality has been a hot topic lately. While the fight to protect net neutrality was heightened under the Obama administration, our country's new president is already beginning to roll back the regulations that were only recently established.

Many of us don't fully understand the concept of net neutrality or what it means for the future of our Internet. While we currently have the luxury of browsing for new or used construction equipment at our leisure, the absence of net neutrality will give some companies an unfair advantage on the market.

Without net neutrality, Internet providers will be able to impede or completely block access to any website they wish. Although this ability seems harmless and even potentially beneficial at first glance, critics warn that it's easy to take advantage of this system. Service providers can hold certain pages “for ransom” by preventing access altogether. They can then seek payment, either from the owner of the webpage or from the end-user, to allow normal access to the site.

If you apply this scenario to the current construction equipment market, it's easy to see how things can go awry. Internet users might lose access to smaller, local dealerships. Instead of an Internet full of options, you might soon find your search results limited to those who are able to pay for their rank.

The Importance of Regulations in the Construction Industry

Although there are many gripes about certain regulations in the industry, these rules and standards are wholly beneficial. These guidelines are used to protect workers' rights, maintain safe job sites and limit the emissions of construction equipment. By scaling them back, as the current administration is suggesting, we're actually taking steps in the wrong direction. —CEG BLOG