Oregon Plans to Cut Trees Due to 2015 Forest Fire 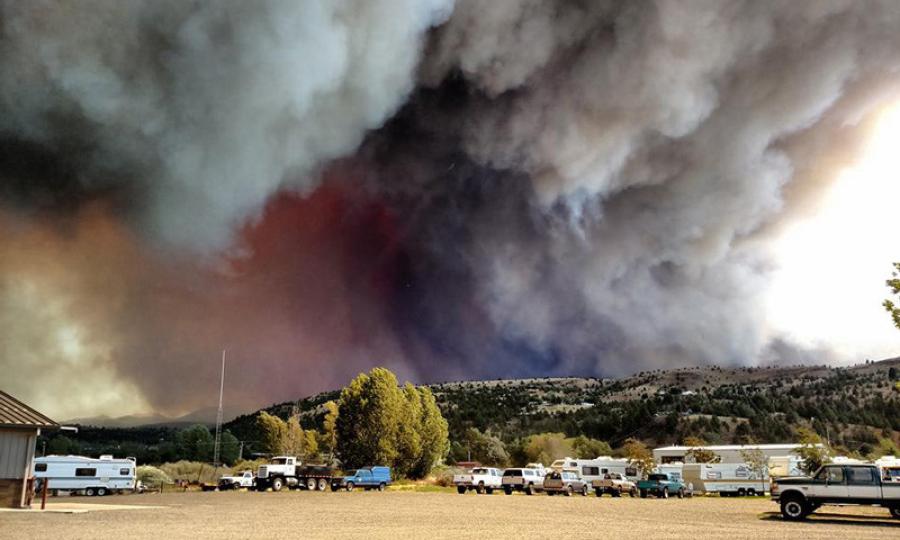 In an announcement that indicates how a natural disaster can affect roadways for years, the Oregon Department of Transportation told the public to be ready for two weeks of delays on U.S. 395 south of Canyon City for special tree-clearing work.

ODOT said its crews plan to bring down “hundreds of hazard trees” along the highway that were damaged by the 2015 Canyon Creek Complex Fire. The work was scheduled to start April 9 and continue for about two weeks along nearly six miles.

And the department issued careful instructions to motorists using the route.

“Motorists can expect delays of up to 20 minutes with flaggers and pilot cars directing traffic through the work zone between mile points 10.6 and 16.2,” it said.

“The highway will be closed at both ends of the project with pilot cars stationed nearby. Tree-falling activities will be halted about every 20 minutes when traffic is present. When the route is safe for travel, the pilot cars will escort waiting motorists through the area. For safety reasons, all motorists will need to stay with the pilot car line and not stop or pull over while in the work zone.”

ODOT said its crews worked with their office of maintenance and the U.S. Forest Service to ensure that staff involved with tree-falling efforts received appropriate training prior to the operation, which the Forest Service will also monitor.

That's because it can be trickier than it sounds, and the project will not simply cut the trees and remove them. In fact, the plan is to avoid removing them.

“Most of the trees cut down will be left in place where they fall to help stabilize the soil and prevent erosion issues,” ODOT said. “The area is slowly recovering from the fire that destroyed much of the ground-anchoring vegetation.”

It said some trees may be relocated for other erosion control or stream habitat needs, and that crews are doing the work early this spring to lessen the impact for nesting birds and other animals.

“The goal is to drop the trees so they are adjacent to existing stumps and rocks that will prevent them from rolling or moving onto the highway,” said David Halemeier, Blue Mountain district ranger for the Malheur National Forest.

He added: “If they cannot be placed in such a manner they will be removed for safety reasons. Because of the loss of vegetation, the ground is more susceptible to erosion. These trees will help catch and hold the soil in place until ground cover returns. Of those trees that we remove, some will be placed in and around streams and waterways to improve stream conditions.”

The department also warned the public that the downed trees are not to be removed or cut for firewood. “Doing so violates the conditions found within the Malheur National Forest wood-cutting permit,” it said. “Violators will be cited.”