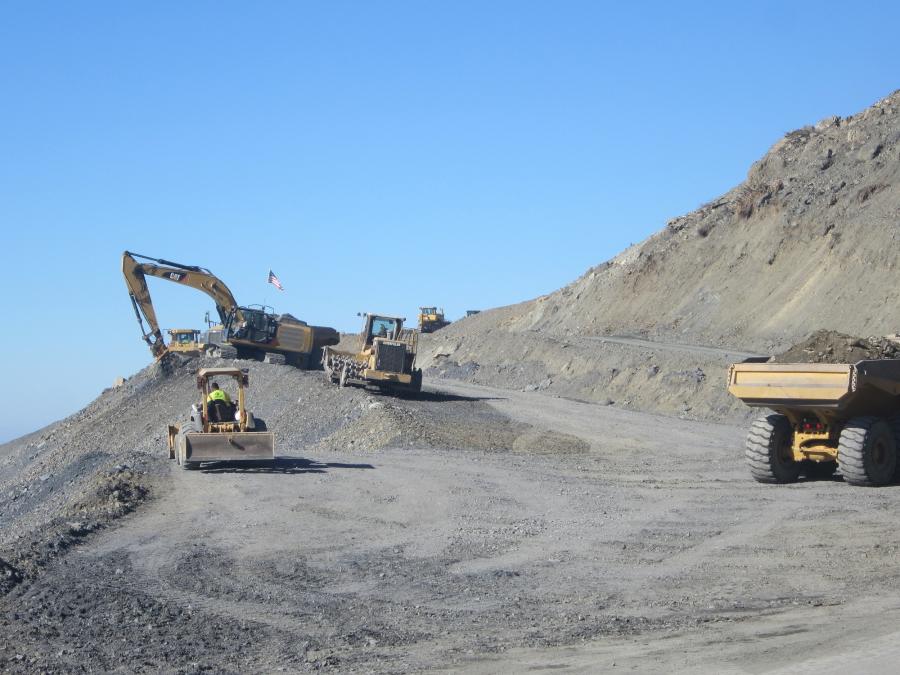 Caltrans credits John Madonna Construction of San Louis Obispo, Calif., with a tireless effort to stabilize and rebuild the roadway as quickly as possible.

Exactly 14 months after the earth gave way along Highway 1 at Mud Creek near Big Sur — also known as the Pacific Coast Highway — Caltrans held a ribbon-cutting ceremony on July 20 to officially reopen the scenic coastal roadway.

The $54 million project was originally scheduled to reopen this fall, but due to an aggressive construction schedule — crews worked seven days a week from dawn to dusk — Highway 1 is open two months earlier than expected.

Caltrans credits John Madonna Construction of San Louis Obispo, Calif., with a tireless effort to stabilize and rebuild the roadway as quickly as possible.

"This has been an extraordinary achievement by Caltrans and John Madonna Construction. The rebuilding of this section of coastline following a massive landslide is a major milestone for our department. I am very proud of everyone who worked on this project," said Caltrans District 5 Director Tim Gubbins, in a press release.

On May 20, 2017, a massive landslide delivered more than 5 million cu. yds. of mud and rock down the hillside and into the Pacific Ocean, covering the highway with 40 feet of dirt along approximately one third of a mile.

The slide was so massive, it created 16 acres of new beach, extending 250 ft. into the water from the existing shoreline.

Engineers considered various options on how to clean up the slide. Choices included tunneling through the dirt; building around the slide; and pushing the material into the ocean. It was decided that realigning the roadway over the slide was the safest, least expensive solution.

Weather conditions, stabilizing the debris and new safety features had to be taken into consideration as well, so crews could work safely.

Clearing Mud and Rebuilding the Road

John Madonna Construction was chosen for the project due to its experience in earth moving, grading and work on landfill projects that require drainage elements.

"Graders, loaders and other equipment will need to work at the site extensively to create the subgrade for the new roadway," Susana Cruz, public information officer of Caltrans District 5, told CEG last fall. "In this respect, it will be like a typical realignment project."

Since the road was completely lost and the new road needed to realign with the old road, crews graded the road to climb just under 100 ft. from south to north at the site of the slide.

Rocks were mined from the debris to buttress the roadway.

"This strategy is allowing Caltrans to rebuild the road more quickly and at a lower cost than other alternatives such as structures, a tunnel or major earthwork that puts additional fill into the ocean," she said.

Crews will remain on site to do some finishing work, including putting more erosion measures in place such as protecting the debris that slid into the ocean from washing away and destabilizing the area. Occasional one-way road closures may be needed.