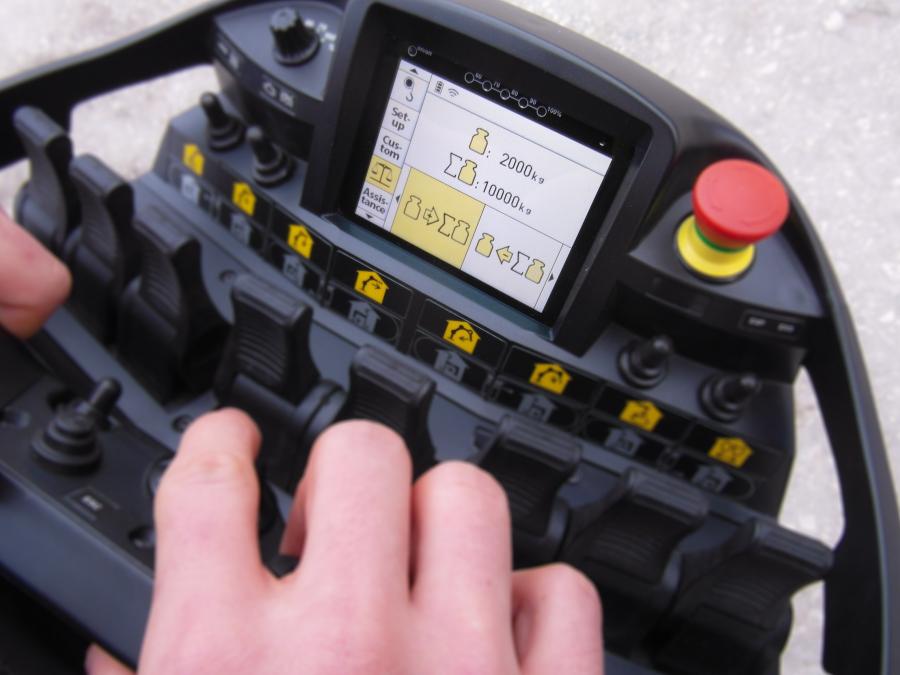 The last weighed result can be added to or deducted from a previously recorded total weight. (PALFINGER AG photo)

Palfinger's assistance systems MEXT and WEIGH integrate mechanical extensions into the overload protection system and weigh loads directly on the crane to further increase efficiency. Both functions can be easily activated by the crane operator via the radio remote control PALcom P7.

The option WEIGH allows crane operators to weigh the load directly using the crane, thereby getting an overview of the positions to which they can lift the load.

After applying the tare function, the load can be lifted and weighed. Using WEIGH, the crane operator knows which positions the crane can reach before the load is lifted, meaning that the crane operation can be made even more efficient. Another advantage is that the WEIGH function provides a better overview as it allows the data of the last 10 weighing operations to be stored.