The Washington Monument is about to see almost $10.8 million in improvements. 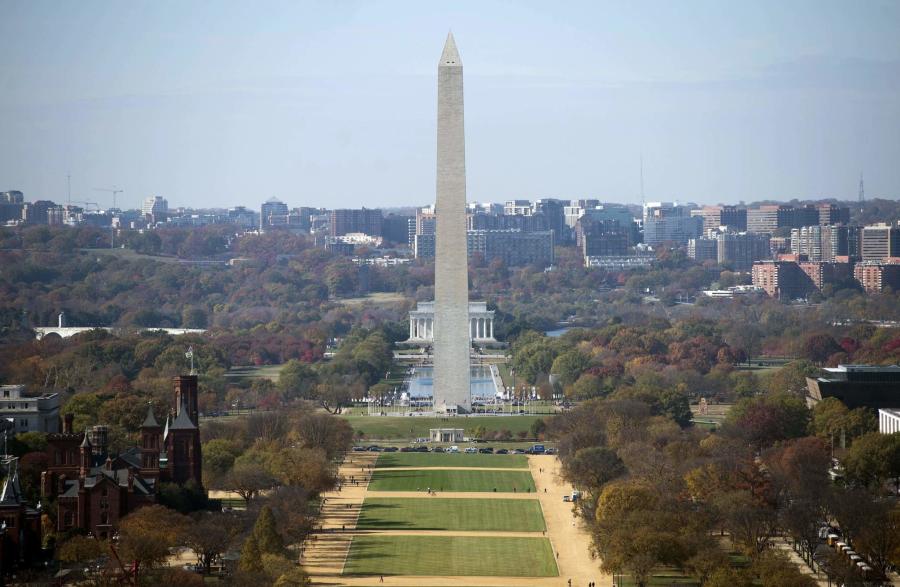 Elevator problems have plagued the Washington Monument for years—even before the structure was damaged in a 2011 earthquake.

The Washington Monument is about to see almost $10.8 million in improvements. The National Park Service announced Sept. 5 that it has awarded a contract to Rockville, Md.-based Grunley Construction for elevator repairs and for a new safety check area, the Washington Post reported.

Elevator problems have plagued the monument for years—even before the structure was damaged in a 2011 earthquake. When it worked, the elevator took visitors up to the observation deck atop the 555-ft. monument. But it often broke down, and when it did, visitors would have to use more than 800 emergency steps that have been closed to the public since the 1970s. The 15-year-old elevator's electrical and mechanical systems are almost completely worn out, Park Service officials said.

The new elevator system will include:

Philanthropist David M. Rubenstein has offered to pay for the $3 million repairs and updates for the elevator. The rest of the project's funds, provided by the National Park Service, will be used to build a new building made of steel and glass to conduct security checks and visitor screenings, the Washington Post reported.

Park Service officials said the new security room will be built with “full ballistic and blast protection” and will have enough space to hold 20 visitors at a time, the Washington Post reported.

Park Service officials said the monument is scheduled to reopen in spring 2019.