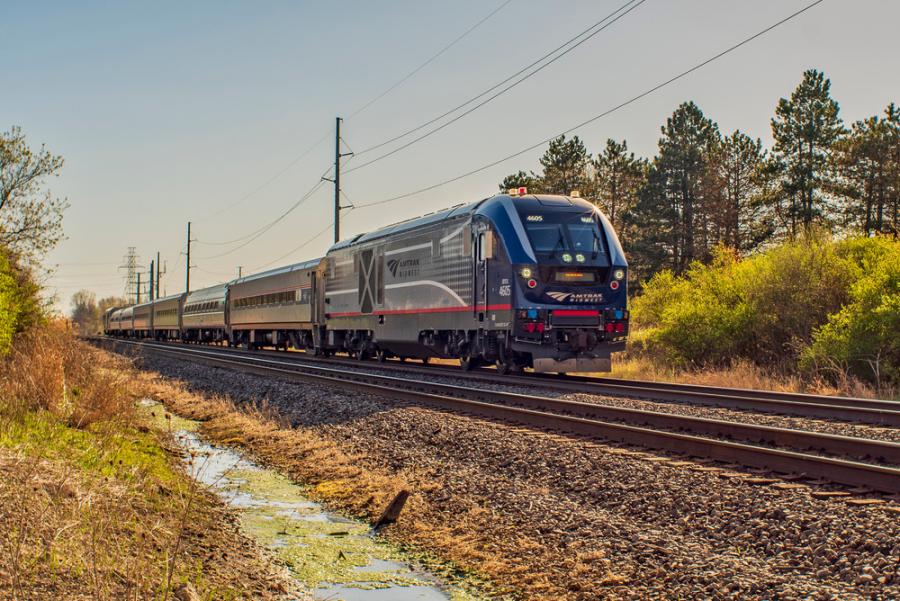 The joint Wisconsin-Minnesota Twin Cities-Milwaukee-Chicago (TCMC) Passenger Rail Project has been selected to receive a $31.8 million federal rail grant. The TCMC project will add an additional daily round-trip between the Twin Cities, La Crosse, Milwaukee and Chicago and points in-between, along the existing long-distance Amtrak Empire Builder route. The TCMC service will be an extension of one of the existing Amtrak Hiawatha round trips.

"The expanded service provides a much-improved connection between the Midwest economic hubs of Minneapolis/St. Paul, La Crosse, Milwaukee and Chicago," Craig Thompson, Wisconsin Department of Transportation secretary-designee said. "Just as important is the enhanced service for residents in the many rural communities. They will have increased travel options, with better reliability and on-time performance.

"Minnesotans will benefit from the expanded passenger rail service by having access to a safe, reliable and affordable alternative to driving or flying," said Margaret Anderson Kelliher, MnDOT commissioner. "This project also will help Minnesota create new jobs and generate economic growth in our communities and improve access to higher education facilities along the corridor."

The Federal Railroad Administration (FRA) announced that the project has been awarded a Consolidated Railroad Infrastructure and Safety Improvement (CRISI) competitive grant for final design and construction of railroad improvements needed for the project.

The TCMC project will improve the existing passenger rail corridor, making it more valuable and useful for corridor communities, residents and visitors by:

The grant is the final piece of federal support needed to implement this service. The states and Amtrak need to provide $21.2 million in matching funds in order to accept the award.

"Amtrak contributed $5 million to match the grant for this project because it will greatly improve passenger rail service and freight operations in Wisconsin and Minnesota, better connect the Great Lakes states and contribute to the economic competitiveness of cities along the route," said Joe McHugh, Amtrak vice president, state supported services. "The development of corridors is an important part of our mission at Amtrak, where we have a history of success using the foundation of an interregional train such as the Empire Builder and adding round-trip segments to develop a corridor service."

Earlier this year, FRA provided a $12.6 million grant for operating support to offset the cost of the first three years of service.

Planning for the TCMC Service began in 2012 when project partners requested that Amtrak assess the feasibility of providing a state-supported second round-trip intercity passenger train service between the Twin Cities and Chicago Union Station. Amtrak's findings, completed in 2015, indicated favorable ridership and revenue projections, which initiated more detailed study of the proposed service. The first year of TCMC rail service is anticipated to begin in 2024.