Paving the Way: Town of Moraga Honored With Award 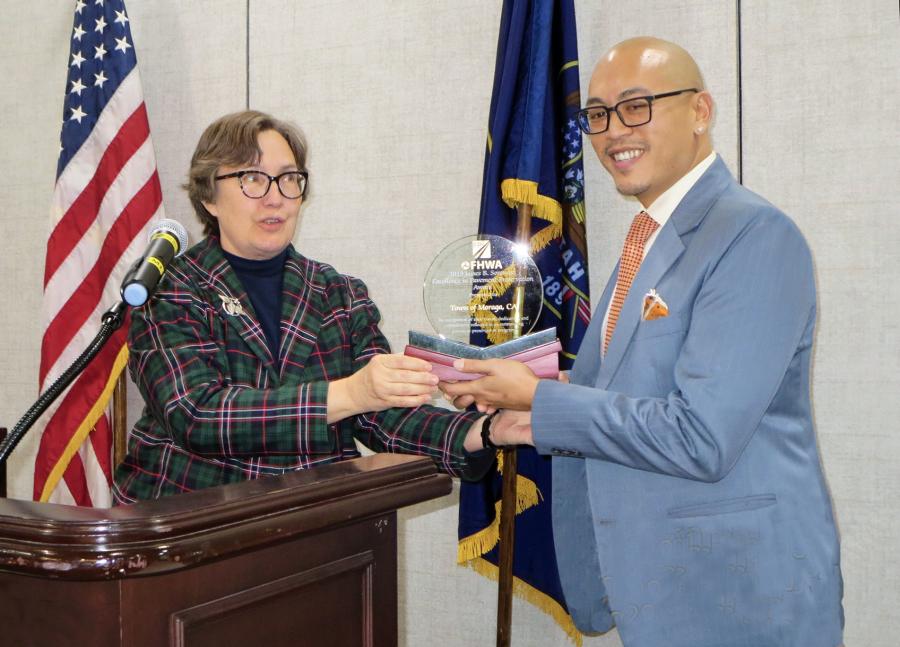 The Town of Moraga, Calif., was honored by FP2 Inc. late last year with the 2019 James B. Sorenson Award for Excellence in Pavement Preservation, which recognizes superior pavement preservation practice, usually to a city, township, county or state agency.

"By 2012, Moraga's Pavement Condition Index [PCI] had deteriorated to 49 and was ranked in the bottom 15 of all 109 Bay Area cities and counties," Kwan said. "The town's pavement network was at a critical juncture, with a backlog of $25 million in pavement needs. Without significant maintenance, the town's network would deteriorate at a more rapid rate and put much of the network at risk of falling into poor condition."

The Town of Moraga is a semi-rural community of 17,416 located east of Oakland. Moraga was incorporated in 1974 and in the years that followed, its street network of 56 centerline miles was neglected due to lack of dedicated funding.

Conveying the Need for Improvement

Recognizing the funding shortfall and community needs, the town embarked on an intensive and thorough grassroots public outreach program through a Revenue Enhancement Community Outreach to Neighborhoods (RECON) committee to communicate the critical need of the town's roads.

By leveraging $600,000 of the $1.7 million annual sales tax revenue, the town yielded $7.7 million to complete an intensive three-year pavement repair program focused on residential streets, with the first year (2013) concentrating on preventive maintenance, second year (2014) on overlays, and third year (2015) on reconstruction treatments.

Educating the public from the start that Measure K is a critical funding source to help address, but not fix, the town's entire pavement network set realistic expectations by expressing that the $7.7 million would only tackle 30 percent of the $25 million in backlog needs.

It included construction literature such as a public outreach brochure, frequently asked questions and door hangers; a project website with up-to-date project status reports and a three-week look ahead; a Facebook site; and notifications two weeks in advance of work and three days in advance of no-parking signs.

"The three-year intensive pavement program effectively stopped the hemorrhaging of the town's failing pavement network," Kwan said. "Through being good stewards of the local sales tax revenue, the leveraged funds raised the town's network PCI significantly, from 49, a network at risk, to 70, a network in good condition."

Another aspect of the education process also explained why applying the "right treatment, in the right place, at the right time" is better than the fixing the "worst case first."