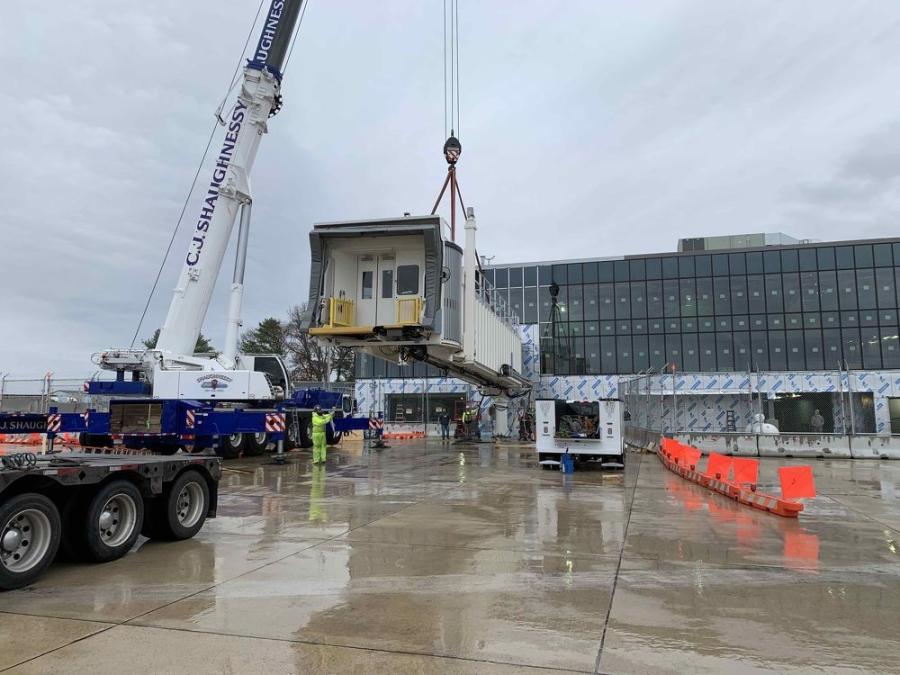 The passenger boarding bridge was installed by Aero BridgeWorks of Marietta, Ga.

The expansion of the passenger terminal at the Pease International Airport in Portsmouth, N.H., which began in 2019, will be completed in August, according to the senior project manager of Hutter Construction, New Ipswich, N.H.

"We started creating the baggage handling building in addition to the new TSA checkpoint, gate waiting area and baggage handling system in the lower level," said Senior Project Manager Dave Ross. "In addition, a new gate with a passenger boarding bridge was created." 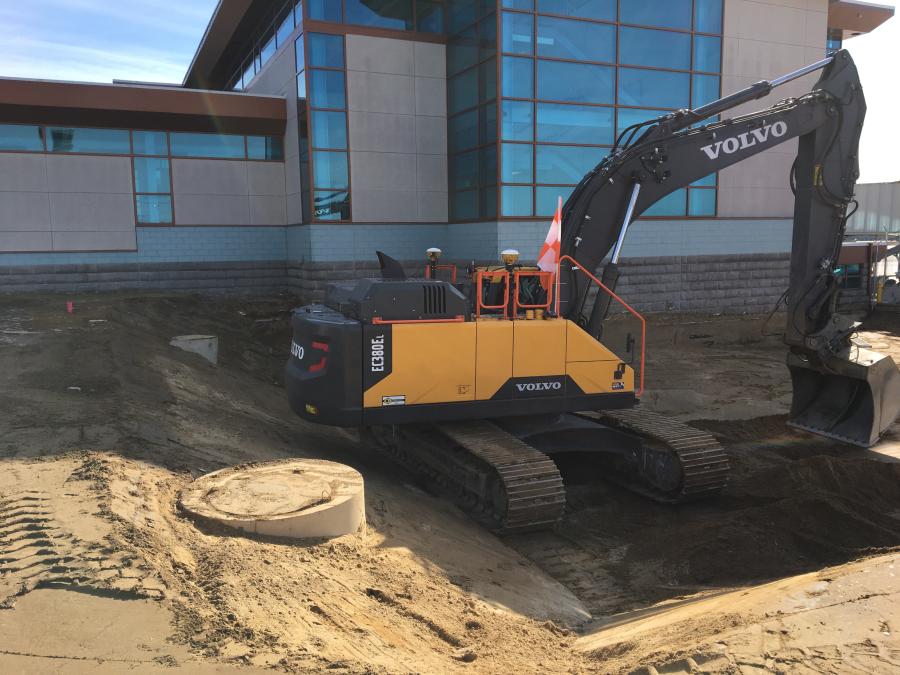 The passenger boarding bridge was installed by Aero BridgeWorks of Marietta, Ga.

The work is the third phase of the project launched in 2019 to improve the passenger experience at the terminal, which had five objectives, according to a Pease International Airport: An expanded TSA checkpoint; a new baggage handling system; an expanded hold room; an additional passenger boarding bridge; and new vertical circulation.

McFarland Johnson of Concord, N.H., is the engineering firm on the project and Fennick McCredie Architecture of Boston is the design firm.

David McWhan, Fennick McCredie's project manager, said, "The new TSA checkpoint results in shorter lines, faster queueing and increased security for passengers. The new baggage handling system upgrades baggage inspections and reduces the time from baggage drop off to loading on planes and increases safety. The expanded hold room allows passengers to remain on the same level and provides a great view of the airfield. The passenger boarding bridge allows for multiple planes to board at the same time. The new escalator and stair allows for a seamless passenger experience when arriving in New Hampshire."

Also included in the project was an electrochromatic window that provides a view of the entire airfield.

"Roughly 3,300 feet of insulated glazing with an interlayer of microscopic metal allows glazing to slowly darken to preset filter levels," McWhan said. "The glazing reduces glare in the winter months and allows light shelves to reduce the interior lighting loads during summer months."

Ross said, "We installed the glass that was provided by SageGlass with assistance from Granite State Glass."

Mike Mates, project manager of the Pease Development Authority, said, "It is a façade floor to ceiling window that will shade in four tints. The glass will automatically shade to reduce sunlight."

Ross said the construction equipment on the job included Caterpillar and Komatsu loaders, dozers and Volvo excavators and scissor lifts from JCI Underground and other companies.

Allan Gray, project manager of Aero BridgeWorks, said the company installed a 2 Tunnel 72/211 boarding bridge that was manufactured by JBT AeroTech. The bridge is 72 ft. long at its shortest dimension and 111 ft. long when fully extended. 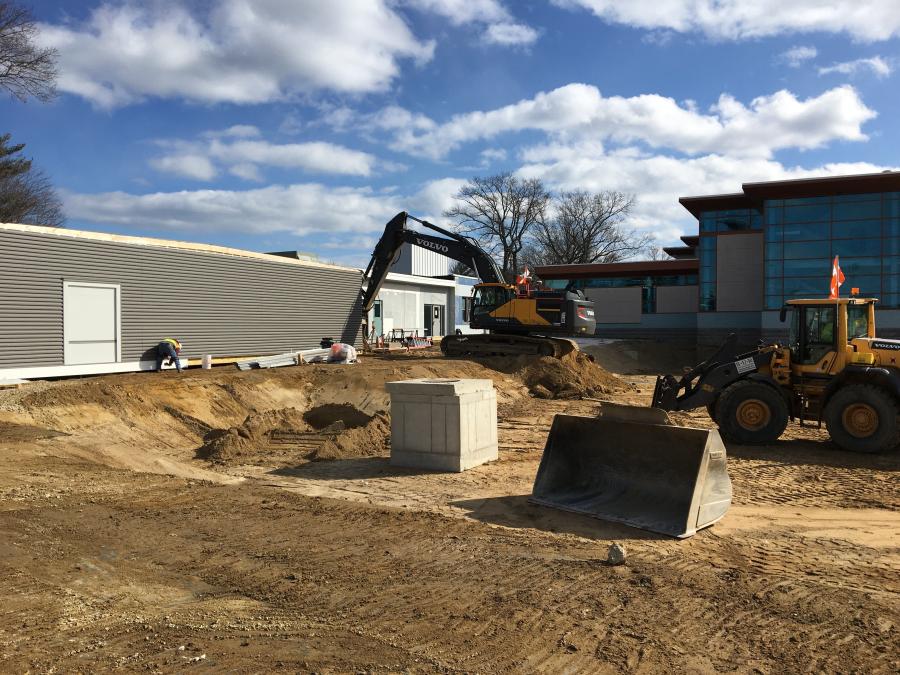 The construction equipment used on the job was two Skyjack scissor lifts, an 8,000-lb. Genie lull and a 250-ton Liebherr crane that was counterbalanced for 150-ton use. The company also used an ITW GSE 90-ton cooling unit to cool the bridge and a 400 Hz/28 VDC combo unit to power the planes when parked at the gate that was manufactured by ITW GSE.

The budget for the job is $19.5 million, which includes $2.8 million for design and $16.7 million for construction, according to Maria Stowell, chief of engineering of the Pease Development Authority, which received grants from the Federal Aviation Administration and the New Hampshire Bureau of Aeronautics that total approximately $4 million.

Ross said the job has proceeded smoothly. "We are coordinating around an active airport and flight schedules. We handle them by phasing the job and working with the airport to coordinate construction logistics."

Gray said the job also proceeded smoothly for Aero BridgeWorks but it's not completed yet.

"We have to install the carpet that goes inside the bridge that wasn't installed in the factory. The airport hasn't told us when we can come back and do it."

The terminal will be adding the amenities of a bar and concessions space. Mates said the impact of COVID-19 on the job was two-fold. "There were delays in securing materials, but airport operations dropped so we could work more efficiently. It had good and bad effects on the project but now flights are coming back."

The airport operates with flights from Legion and charter airlines. CEG