Pennsylvania has among the highest number of structurally deficient bridges in the United States and the RBR program aims to address this problem. 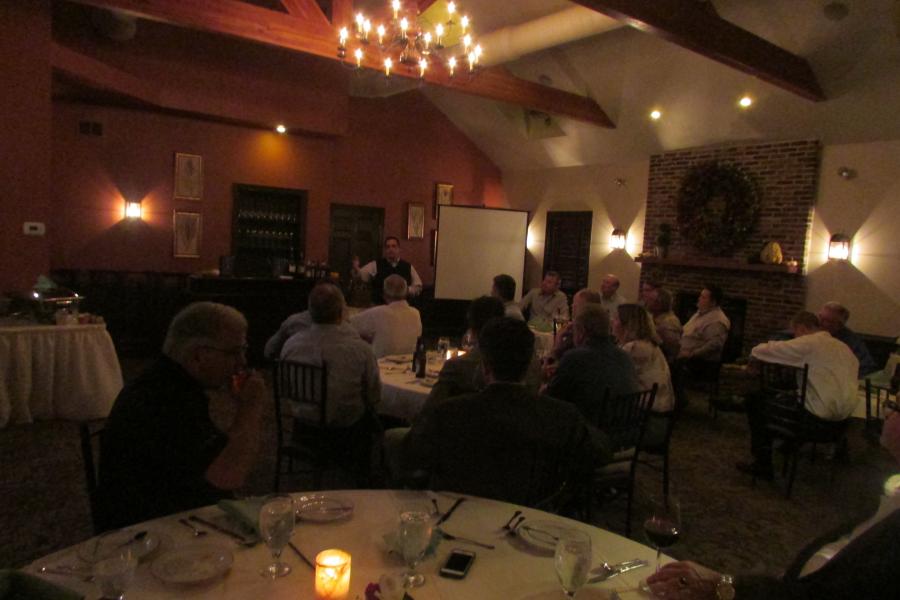 P3 projects, a result of Act 88 of 2013 in Pennsylvania, are a contractual agreement between a public entity and a private entity in which the public entity transfers the responsibility for engineering, construction operation, financing and/or maintenance (or a combination of both) of a transportation project to the private sector over a defined period of time.

The benefits of P3 projects, Bonini explained to DVAED members, are accelerated delivery of major transportation projects, access to private sector innovation, the leveraging of private investment to enable major projects and the allocation of key risks to entities best positioned to manage those risks.

Rapid Bridge Replacement (RBR) projects are a key aspect of P3. Pennsylvania has among the highest number of structurally deficient bridges in the United States and the RBR program aims to address this problem. PennDOT selected Plenary Walsh Keystone Partners (PWKP) in October 2014 to perform this effort. According to PennDOT, Pennsylvania retains ownership of each of the bridges throughout the partnership, but PWKP is responsible for the project design, construction and financing of all 558 bridges in the program. The private entity is responsible for maintaining the bridges for 25 years after replacement.

Currently because of the RBR Project:

• 191 construction notices to proceed have been issued;

• 101 bridges have been replaced and opened to traffic;

• 74 bridges are under construction;

• 171 bridges have been scheduled for construction to begin on them in 2016;

• 11,458 design submissions have been received; and

• 10,035 design submissions have been accepted and approved.

The RBR Project, according to Bonini, has attracted national attention because it is the first of its kind in the nation to bundle the replacement of hundreds of bridges in a P3 agreement.