The Department of Environmental Protection said it ordered work on the Mariner East 2 pipeline to stop until Sunoco complies with the terms of its permit. 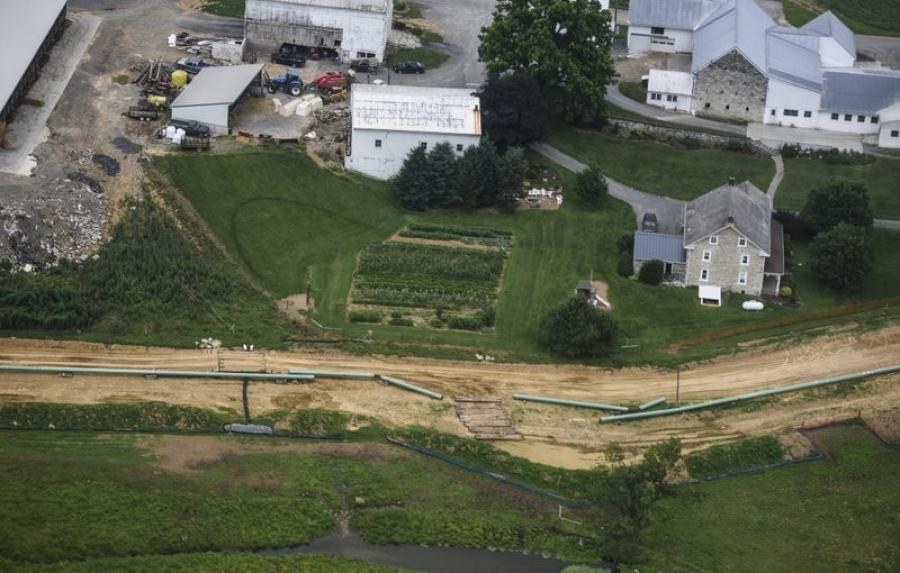 The Department of Environmental Protection said it ordered work on the Mariner East 2 pipeline to stop until Sunoco complies with the terms of its permit.

Pennsylvania environmental officials ordered Sunoco Jan. 3, to halt construction of a natural gas pipeline across the southern part of the state, citing a series of spills and leaks of drilling fluid and other “egregious and willful violations” of state law that have plagued the $2.5 billion project.

The Department of Environmental Protection said it ordered work on the Mariner East 2 pipeline to stop until Sunoco complies with the terms of its permit. DEP has issued dozens of environmental violations to Sunoco since May, contending the company has demonstrated a “lack of ability or intention” to comply with the state's clean streams law and other environmental regulations.

“Until Sunoco can demonstrate that the permit conditions can and will be followed, DEP has no alternative but to suspend the permits,” DEP Secretary Patrick McDonnell said in a statement. “We are living up to our promise to hold this project accountable to the strong protections in the permits.”

A Sunoco spokesman did not immediately respond to a request for comment.

The 350-mile-long pipeline will carry propane, butane and ethane from the Marcellus Shale natural gas formation in western Pennsylvania to an export terminal near Philadelphia. Sunoco has said construction on the 20-in. pipeline is scheduled to be complete in the second quarter of 2018, with a companion 16-in. pipeline to be placed into service later this year.

Pipeline supporters say it's desperately needed to help gas producers get their product to market. Drillers in the Marcellus Shale, the nation's largest natural-gas reservoir, have been battered by several years of rock-bottom prices caused by oversupply and inadequate pipeline capacity.

Environmental advocacy groups tried to stop Mariner East 2 from getting off the ground, asserting that construction would deforest more than 1,500 acres, cross hundreds of streams and wetlands and damage farmland and aquifers that provide drinking water.

State officials, environmental groups and Sunoco reached a settlement in August in which the company agreed to re-evaluate 47 high-risk sites associated with the pipeline, and submit revised plans for those sites.

“Today's announcement is a step in the right direction, but the only responsible course of action for Governor Wolf is to stop the Mariner East 2 altogether,” Sam Rubin of Food & Water Watch said Jan. 3. “This project, which was greenlighted with flawed permits, was never going to be safe for the people of Pennsylvania.”

In its order , DEP told Sunoco to “fully explain the failures that led to the violations” and come up with a plan to fix them. The company also has to restore or replace the water supply of two homeowners in a township west of Harrisburg who complained last month about “cloudy water” resulting from pipeline construction.