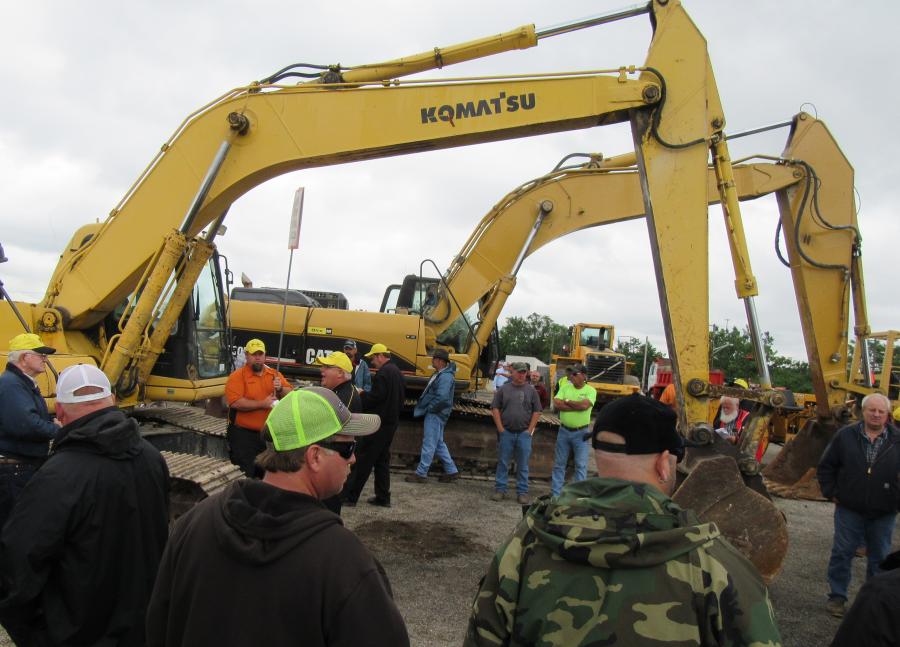 Attendees compete for the winning bid on these excavators at the auction.

Petrowsky Auctioneers, a Ritchie Bros. Company, conducted its annual spring auction at 700 Hart Road in Columbus, Ohio, on May 25.

The equipment up for bid, including mixer trucks, wheel loaders, concrete pump trucks, pavers, skid steer loader and trucks came primarily from the Shelly Company. The auction attracted a sizable crowd of bidders on site and online.