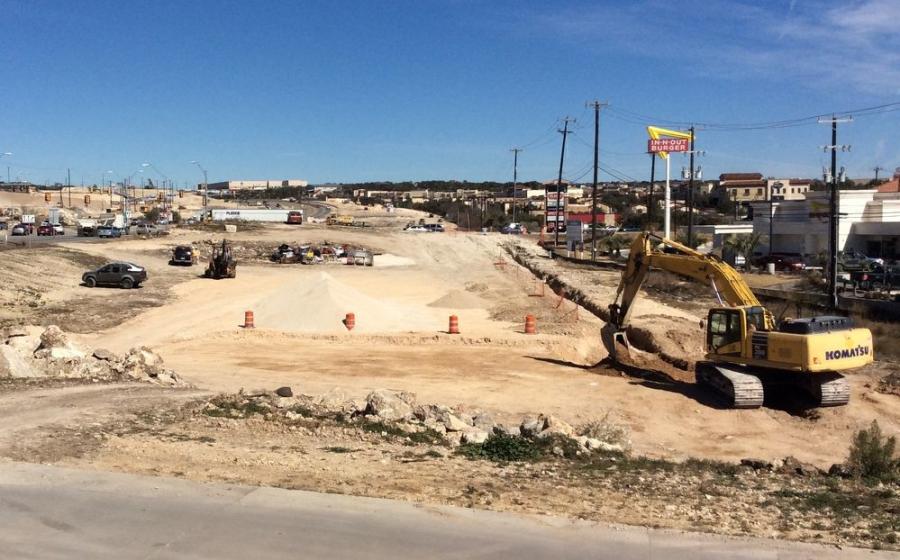 Crews will widen and build numerous improvements along the section that runs north and south through a fast-growing part of the city. (TxDOT photo)

The first phase of construction is under way on a challenging project to turn an 8-mi. stretch of U.S. 281 in San Antonio from an often-congested highway to a speedier expressway. Crews will widen and build numerous improvements along the section that runs north and south through a fast-growing part of the city.

Cost of the first phase is estimated at $192 million, which is by far the largest highway construction contract for the Texas Department of Transportation (TxDOT) in the San Antonio region. TxDOT plans to improve the section of U.S. 281 that runs from Loop 1604 to Borgfeld Drive in Bexar County. Work will be done in two phases. The engineer estimate for the Phase 2 is $182 million.

The U.S. 281 North project involves the construction of non-toll general purpose lanes, HOV-Transit Lanes and frontage roads. Bicycle and pedestrian facilities also will be provided. The U.S. 281 improvements will connect directly to and from VIA Metropolitan Transit's new U.S. 281 Park and Ride at Stone Oak Parkway.

The project phases are based on segments of the highway project:

Contractor for Phase 1 is Webber LLC of The Woodlands, Texas. It is a traditional bid-build project. Webber currently has 25 named subcontractors for the project.

“We're converting U.S. 281 from a divided highway with signalized intersections to an expressway with overpasses,” Donat said. “We're also completing the interchange of Loop 1604 and U.S. 281 by constructing the four direct connectors that will service traffic on Loop 1604 north of U.S. 281. The final product will have three frontage road lanes in each direction, two express lanes in each direction and one HOV lane in each direction — a total of 12 lanes, or six total lanes each way.”

Current work also includes moving of some utilities including telecommunication and gas lines.

“The next phase is set to bid this summer and will continue from Stone Oak Parkway and go through Borgfeld,” said Josh Donat, public information officer for Texas Department of Transportation.

The project will turn the north-south highway that bisects the city into a six-lane expressway between Loop 1604 and Stone Oak Parkway, a heavily-congested part of the highway. None of the lanes will be tolled. 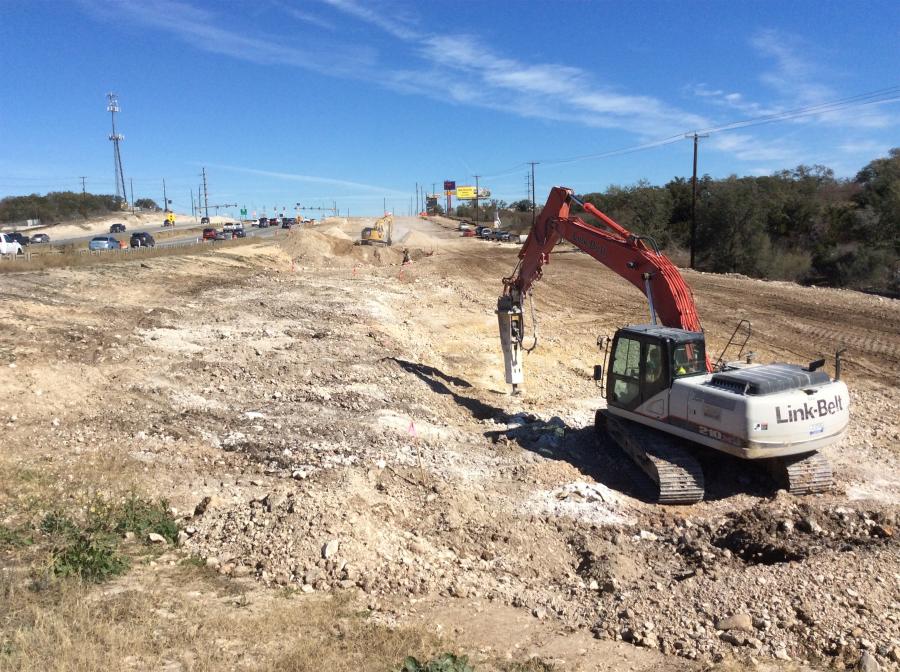 The project includes quite a bit of excavation and will require backfill. The ground is hard and composed mostly of limestone rock.

“We rip through that hard ground with pneumatic hammers, milling machines and harrows attached to powerful bulldozers,” Donat said. “Once the stone is torn up and ground down, we turn to traditional digging equipment to move the material as needed.”

Project officials said they will try to keep the same number of lanes open during the day that are open now, during the improvement project. Planned lane closures are limited to overnight hours between 9 p.m. and 5 a.m., Monday through Thursday.

No overnight closures are planned for Fridays. Officials said there will be occasional weekend-long closures, however.

“Our goal through the duration of construction is to maintain the level of service folks currently enjoy at each stage of work,” Donat said. “We have hefty lane closure restrictions, ensuring we don't have any daytime closures on the main lines of the highways during the peak traffic time frames.”

The eight-mile stretch of highway is one of busiest corridors in Texas.

“It's our most-congested corridor in the San Antonio region, ranking no. 23 in Texas,” Donat said. “This is a project we've been trying to get going for more than a decade as the Stone Oak region develops. About 20 years ago virtually no development existed out there, so the growth has been pretty huge.”

U.S. 281 has grown increasingly congested over the past decade as numerous new businesses and homes have been built beside the highway.

“Ultimately the project is about relieving congestion and getting Texans moving,” Donat said.

But drivers also will find cost savings in having the new expressway in place. Less time idling in traffic means less gasoline purchased.

“The improved access will almost certainly mean improved traffic flow to the businesses in the area,” Donat said.

The U.S. 281 improvement project has officially been in TxDOT's plans since 2000, but a funding shortage stalled it. In 2004 the state decided to use tolling of the new freeway lanes to help fund the project. That was followed by lawsuits by toll opponents and environmentalists over the next 10 years.

The project bounded forward in 2015 when the Texas Transportation Commission voted to remove the toll lane configuration from the U.S. 281 North Improvement Project.

Another milestone followed in February 2017 when Webber LLC was selected by the TxDOT as contractor for Phase 1 of the project.

With funds approved for a non-toll highway, TxDOT was able to select a design team in December 2015. The design team completed designs for Phase 1 in 2016.