Phase I of SLC Airport's $3.6B Expansion Nears Completion 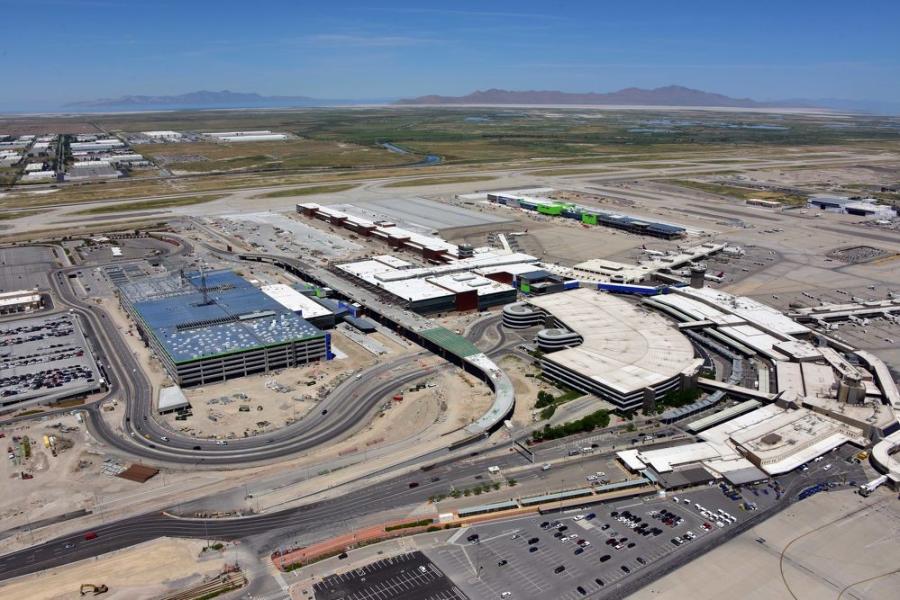 Construction on Phase 1 of the new $3.6B Salt Lake City Airport has made significant progress in the past few months. Concrete pours, paving and steel erection have been highlights. Ground was broken for the new facilities in July 2014. 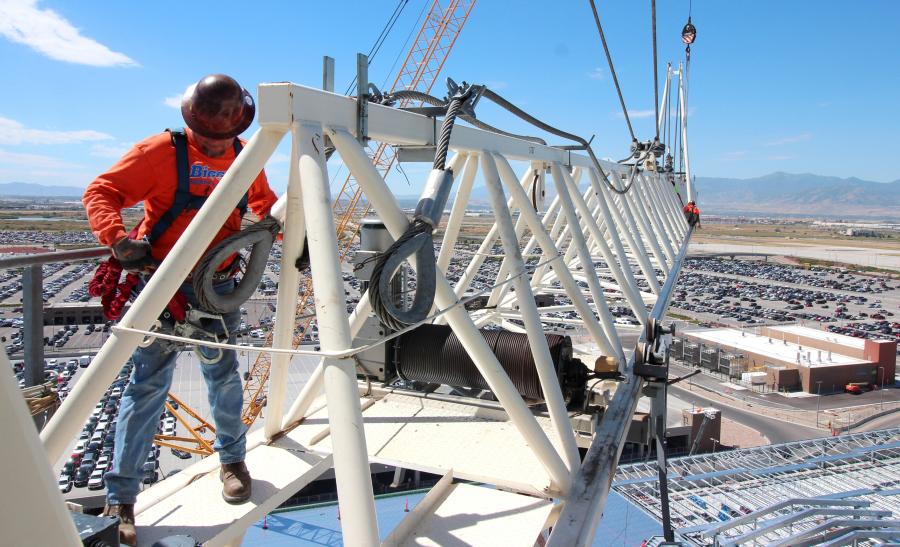 In May, scaffolding came down on The New SLC plaza, featuring a 45-ft. tall window curtain wall. Paving began at the arrivals terminal and concrete pours for the east pedestrian bridge were completed.

June saw steel erection completed for the Terminal building's expansion; the beginning of concrete pours for the sidewalks; and concrete being poured for the pedestrian walkway from the parking garage to the Gateway.

In July, crews poured the final section of the elevated roadway. This road is expected to ease congestion and will be used for dropping off passengers. Crews also began dismantling tower cranes over the complex's parking garage.

The project has had an impact on the local community to the tune of $5.5 billion. Approximately 2,000 jobs have been created. The first phase is due to open in 2020, with the overall project complete by 2025. CEG