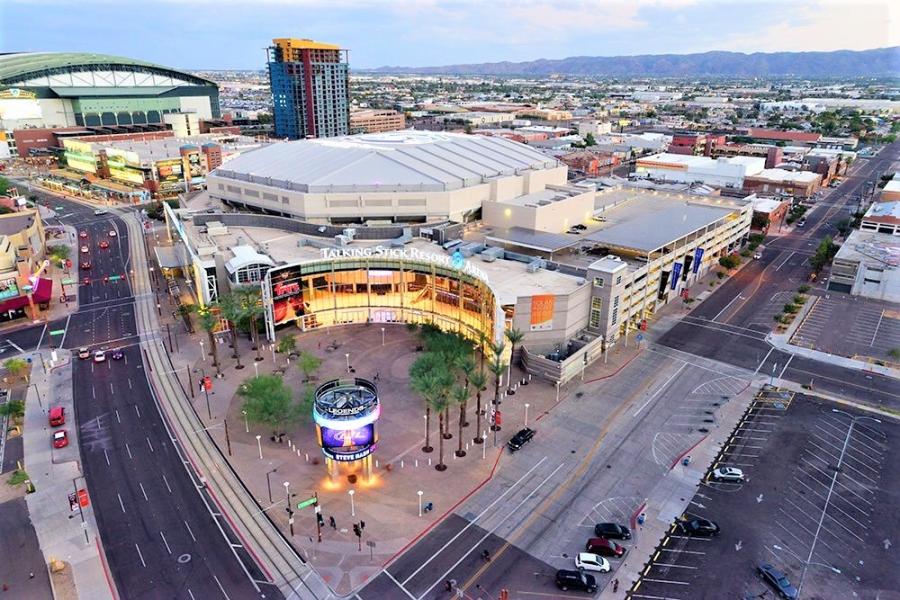 PHOENIX (AP) — The Phoenix City Council on Jan. 23 approved a $230 million renovation plan for their downtown arena that will keep the NBA's Phoenix Suns in the city until at least 2037 with an option to extend it to 2042.

The plan was approved by a 6-2 vote after more than three hours of discussion by council members, residents and business leaders.

The city will contribute $150 million toward the renovation with the money coming from its Sports Facilities Fund, which is comprised of tourism taxes on hotels and rental cars.

The Suns operate the city-owned facility and will cover the other $80 million in renovations, including any overruns.

The 27-year-old Talking Stick Resort Arena also is home to the WNBA's Phoenix Mercury and the indoor football Arizona Rattlers and is the site of numerous concerts and other live events.

Renovation is expected to be completed in 2021.

It will include repair and replacement of mechanical, electrical and plumbing infrastructure for the arena, which the Suns have played at since the 1992-1993 season.

Council members were originally scheduled to vote on the renovation project on Dec. 12. But the vote was pushed back amid growing concern about the cost and sources of funding for those renovations.

The city also held a series of open forums to allow citizens to discuss the project before it was put to a vote.

"I believe supporting the viability of the arena is the right thing to do," Mayor Thelda Williams said in a statement. "Phoenix has long enjoyed a valuable partnership with the Suns that has helped make downtown what it is today."