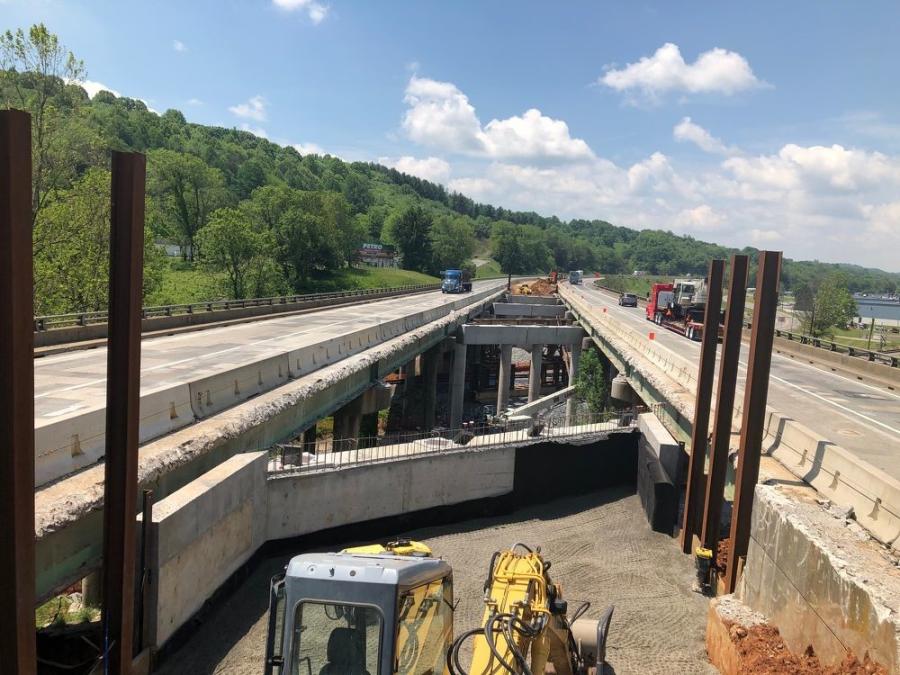 Over the next several months, ORDERS and its crews will continue Phase 3, which includes construction of each structure of the remaining portion of the bridge.

In one of the South's more scenic mountain valleys, construction crews have been at work for two years to build replacement bridges on Interstate 81 in southwest Virginia's Smyth County.

Interstate 81 runs on a northeast-southwest heading straight through the southern Appalachians. At the I-81 bridge replacement site, just east of the small community of Atkins, the freeway passes through a narrow mountain gap as it crosses the state road, rail line and creek.

Many Pieces Go Into Bridge Replacement

Nearby, at this time of year, passing motorists are treated to seeing the full spectrum of leaf colors that are now falling onto the hilly slopes along either side of I-81.

But construction crews from ORDERS Construction Co., a St. Albans, W.V.-based general contracting firm, are much too busy for leaf watching. Since July 2019, they have been working diligently on the design-build project at I-81 Atkins.

ORDERS, in operation since 1964, has been a noted bridge builder with veteran experience working throughout the mid-Atlantic and midwestern states. 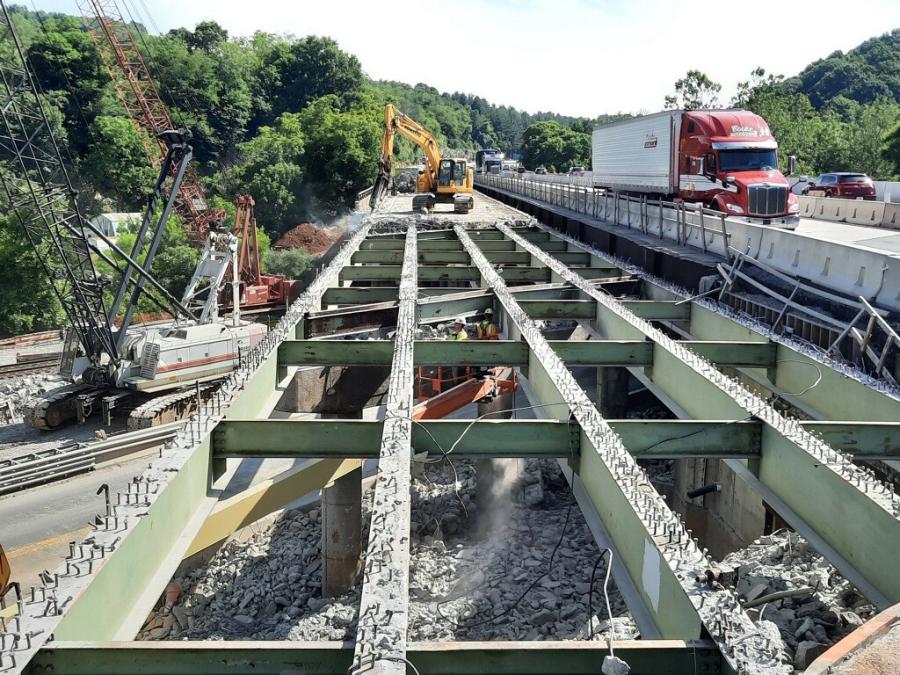 Including the 410-ft.-long twin replacement bridges, the total length of the I-81 Atkins project is just under one mile, noted Chad Earl, the chief engagement officer of ORDERS.

"Primarily, what we are doing is replacing the I-81 northbound and southbound bridges, along with associated approach work while minimizing impact to the travelling public and the railroad," he said. "The work encompasses, among other things, the design and construction of roadway improvements to I-81 and Route 11; demolition of the existing bridge structures; building new bridge substructure and superstructure; and maintaining coordination with the railroad. Our other duties include drainage; signage and pavement marking; stormwater management; transportation management planning; erosion and sediment control; and utility relocation within the project limits."

ORDERS is aiming to complete the I-81 Atkins replacement project in May 2022. By that time, Earl said, the effort will have been accomplished in four stages, three of which are concerned with the bridge construction, and the fourth designated for median construction.

Recently, the demolition of the original I-81 bridges was completed, a process handled by ORDERS itself. Earl explained that the dismantling of the old structures was performed during each of the first three phases of bridge work.

Earl said that W-L Construction and Paving, in Chilhowie, Va., is one of ORDERS' major subcontractors on the I-81 bridge replacement. The company is performing all the grading, asphalt milling, roadway construction and drainage work, in addition to providing traffic control and pavement marking. 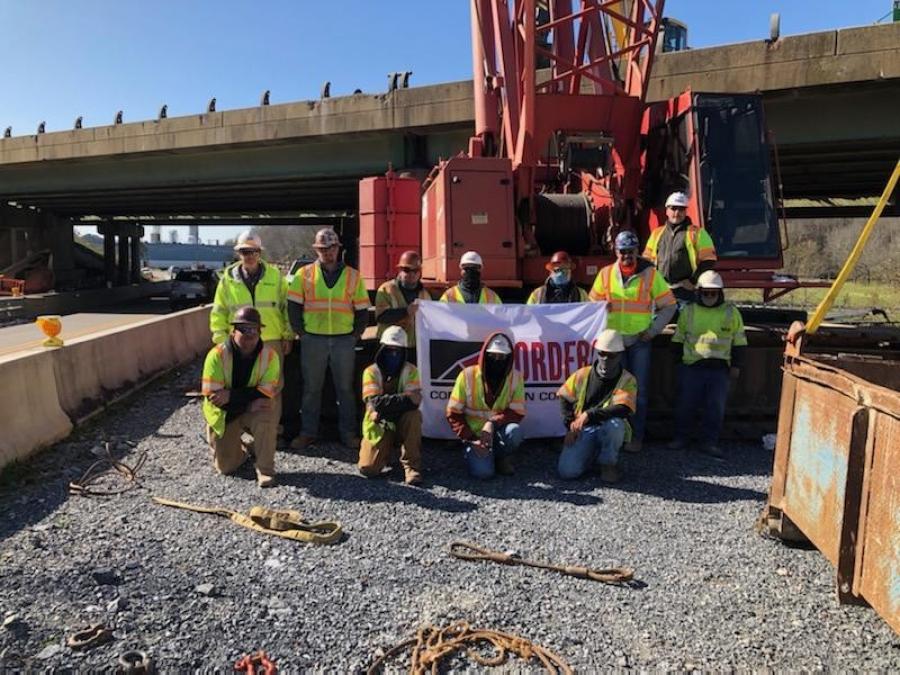 Other key subs working at I-81 Atkins include Nickelston Industries, a highway fence and guardrail installation contractor from Lawsonville, N.C.; McCrossin Foundations, a Sewickley, Pa., company brought on site to perform the micro pile work; and Pulaski, Va.'s Gregory Seeding and Landscaping, which took care of the application of seed and fertilizer for erosion control.

Among the construction equipment utilized on the project, Earl noted, were a variety of cranes, including the 150-ton Link-Belt LS-218H hydraulic lattice boom crawler model; the 50-ton Link-Belt TCC 500 telescopic crawler crane; and the 200-ton workhorse Manitowoc 777 crawler crane. In addition, he said that John Deere front-end loaders and Komatsu excavators have been admirably doing their jobs across the I-81 work zone during the last two years.

"Our cranes have been utilized to stage equipment and supplies, set forms and steel girders into place, move dismantled bridge components and hoist and move buckets during concrete placement," Earl said. "The front-end loaders also have moved and stage materials and supplies, plus picked up and placed stone, and loaded and off-loaded trucks."

I-81 Open During Construction

The fact that vehicle traffic is once again moving freely over I-81 at the work zone is a testament to the planning and coordination that ORDERS and the Virginia Department of Transportation (VDOT), among others, put into the effort. Their decision-making partners on opening lanes to traffic while construction is ongoing includes W-L Construction and Paving, Norfolk Southern and the Virginia Department of Motor Vehicles. 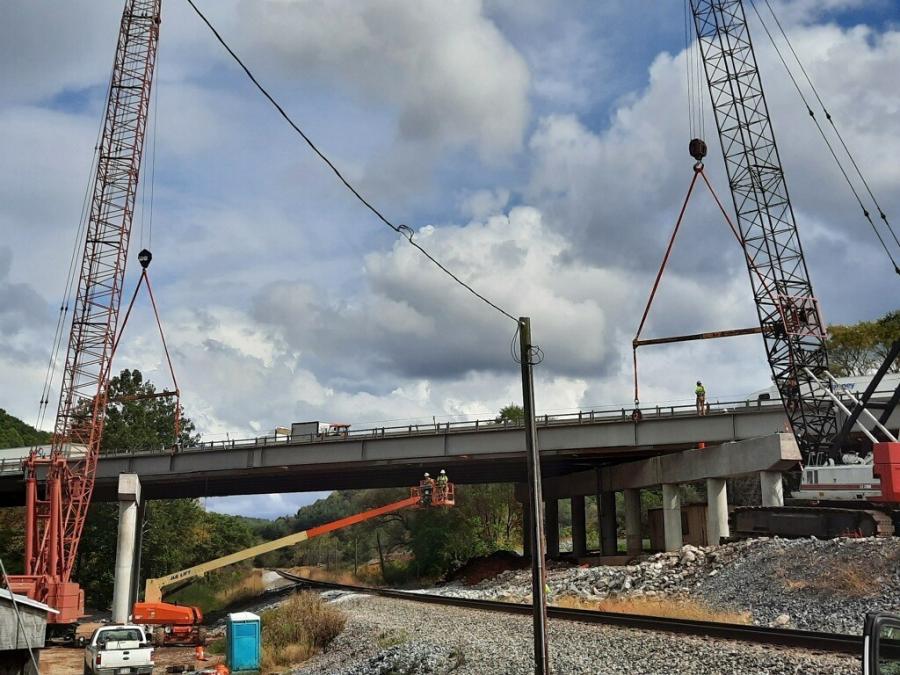 "We can allow traffic to continue because we implemented phase construction into this project, allowing work to take place in different areas at different times and in stages," Earl said. "A lot of coordination must take place between all the major entities involved. Lane closures must be scheduled accordingly, along with the implementation of traffic control plans, the utilization and maintenance of traffic control devices, railroad spotters must be utilized and railroad track time needs to be scheduled. Then, local law enforcement must be notified and advance warning signage is needed to warn motorists of changes in traffic patterns."

Over the next several months, ORDERS and its crews will continue Phase 3, which includes construction of each structure of the remaining portion of the bridge. Earl explained that this will entail completing remaining abutments, constructing bridge columns, setting steel for superstructure, bridge deck and approach slab construction and parapet wall construction.

After that is finished, he said, the last phase will commence to build the median between each I-81 replacement bridge.

Earl noted that the terrain at the I-81 Atkins work zone is a combination of rolling hills surrounded by taller mountains, a fact that, although beautiful, has proven challenging for ORDERS and its design-build team.

"There are steep slopes at each of the bridge abutments, which can be a problem at times for assorted reasons," he said. "They range from positioning and running equipment on these slopes, workers performing duties on the hillsides, and working to prevent construction materials and debris from tumbling down the slopes. 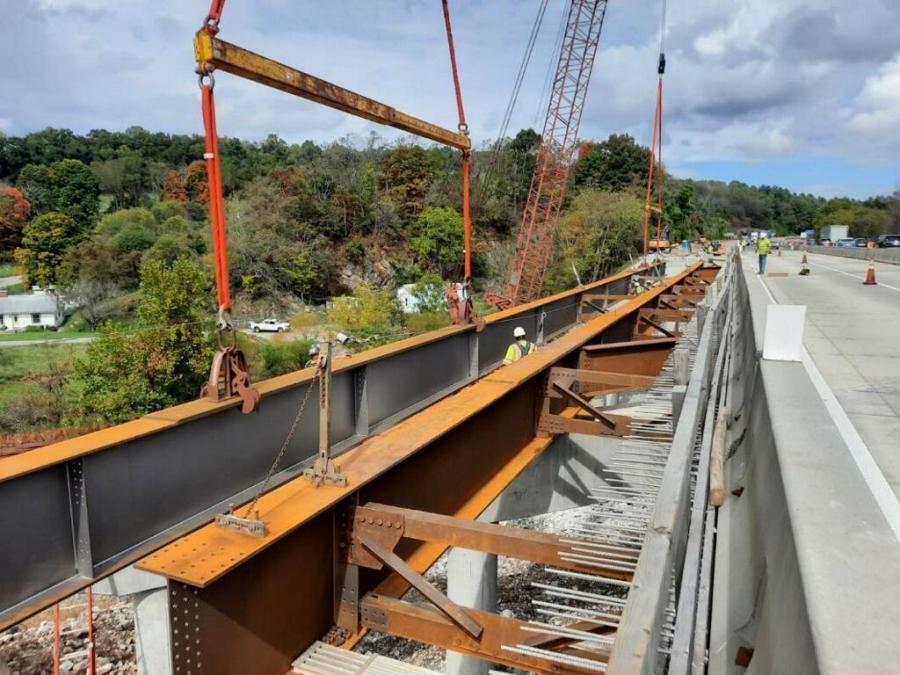 "Consideration also had to be taken regarding the Middle Fork Holston River passing through our project limits. Careful planning took place to make sure all the bases were covered to prevent river contamination and we had to make sure no construction materials or sediments entered the water and associated wetlands along the bank."

Beyond that, Earl said, I-81 Atkins had to overcome weather issues, particularly those common to mountain valleys like snow and ice.

"Working within proximity to high-traffic zones and around established VDOT lane restrictions, as well as answering requests for information regarding design-build issues is often demanding," he said, but were largely mitigated on this interstate project by "adjusting schedules accordingly to work around the problems and maintaining excellent communication with every subcontractor, supplier or entity involved in the project."

ORDERS Construction is one of the Mid-Atlantic region's most dynamic and diverse contracting companies and can boast of an extensive portfolio of heavy civil infrastructure projects extending over the last half century. The firm endeavors to provide a culture that fosters safety and professional growth and development. Many of its team members are second- and third-generation employees. CEG