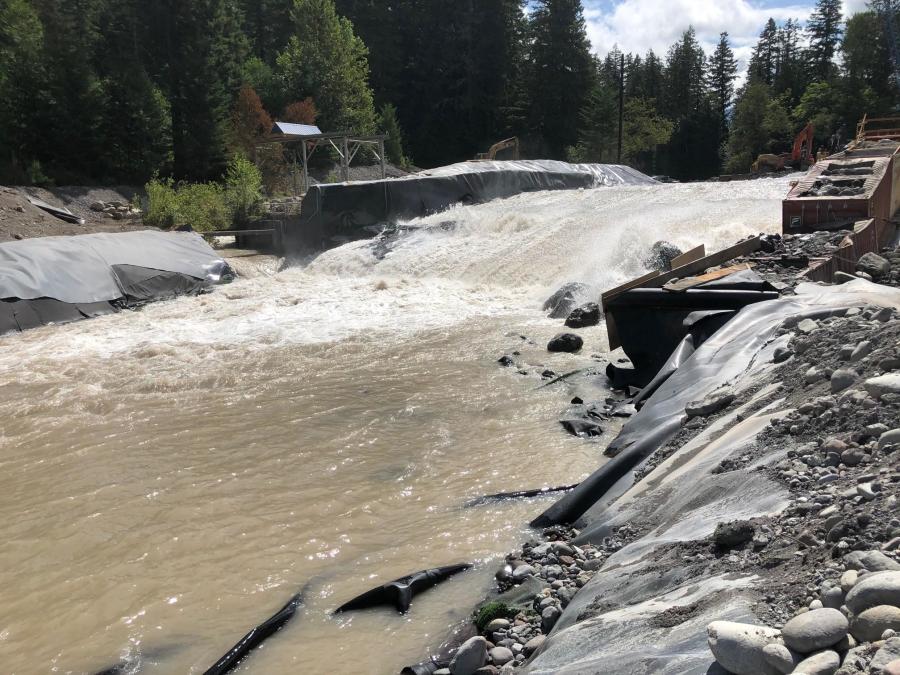 SEATTLE (AP) A Washington state county announced its goal to remove the Electron Dam on the Puyallup River located roughly 42 mi. (68 km) southeast of Seattle following the pollution of the river by the dam's owners.

The company improvised use of second-hand artificial turf in construction activities around the dam. The turf then broke loose and washed into the river, officials said.

Pierce County Executive Bruce Dammeier said in a statement Monday that his goal is to remove the dam as soon as possible, citing "inexcusable environmental harm"' and "irresponsible management" by Electron Hydro.

"The harm caused by this obsolete, 116-year-old dam in a river that supports threatened salmon runs far exceeds any possible benefit the owners might claim,"' Dammeier said. "Electron Hydro deliberately placed artificial turf full of crumb rubber into the river, and that's simply unacceptable. The damage to future salmon runs is impossible to measure."'

The dam generates electricity for about 20,000 people.

Chris Spens, head of regulatory affairs for Electron Hydro, requested the opportunity to finish the project involved in order to make the dam safer for fish. He issued a statement Monday arguing that the project provides resources and economic benefits to the area's citizens.

"Electron is dedicated to river clean-up and restoration as should be expected,"' Spens said in the statement.

But, a stop-work order will remain in effect, Dammeier wrote in a letter to Electron Hydro.

Puget Sound Energy alerted Electron Hydro it would cancel their contract if the company does not comply with state regulations, the Seattle Times reported.