What’s going on right now in Crescent, Iowa, is a picture-perfect example of how just one new piece of equipment can significantly enhance productivity and help deliver a project on time. 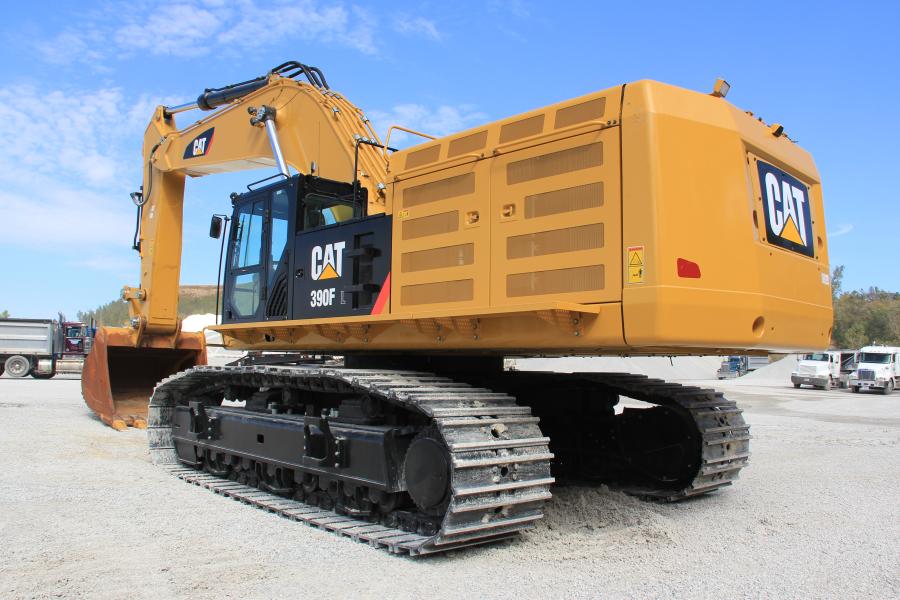 What's going on right now in Crescent, Iowa, is a picture-perfect example of how just one new piece of equipment can significantly enhance productivity and help deliver a project on time.

Currently, Schildberg's quarry is at maximum capacity and needs to expand in order to meet the demand from area contractors — and the demand is intense … two months behind, to be precise. Simply put, Schildberg needs the product and to get it, the company needs to remove 4 million cu. yds. (3.06 million cu m) of overburden from one part of the quarry to another.

The overburden that is being removed will be used to restore the previously mined areas to natural conditions.

Enter Pink Grading. The company was founded in 1970 and specializes in earthmoving projects. The company's philosophy is to do the best job it can, with maximum efficiency. It's been applying that philosophy for Schildberg, for whom it has worked on other projects in the past, and then some.

To take on a project of this magnitude, Pink Grading needed the right equipment for the job. The company purchased a new Cat 390F excavator from NMC CAT — the Caterpillar dealer serving Nebraska and Pottawattamie County, Iowa — due to its ability to perform three-pass loadings of a 40-ton (36.3 t) articulated truck.

“We purchased a Cat 390F excavator to help with our loading operation,” said John Pink, vice president of Pink Grading. “Because of this purchase, we went from four passes to three passes for our artic truck. The 40-ton capacity articulated dump truck is running nearly non-stop now.”

The 390F is slightly bigger than the company's previous excavator, Pink added.

“Weight wise, it's a heavier machine and can handle a larger bucket,” he said. “This 390F has a 7.5-yd bucket —it's only one yard larger than our previous excavator, but it really is making a huge difference. It's amazing.”

Pink also said that the 390F has “the latest and greatest technology,” including a Tier IV final engine, and the exclusive Cat Adaptive Control System, which increases efficiency and productivity on the job.

Currently, the 390F is performing three swings for each load into eight artic trucks, which then travel a half-mile away to unload and return for another load. In total, over the course of a 10-hour day, Pink Grading is achieving seven to 10 loads an hour per truck, working out to approximately 100 loads a day per truck, a significant increase.

According to Jim Fischer, NMC CAT sales representative, “When the process started on this particular sale, we evaluated two different excavator models. Once we determined the 390F L was the right machine for them, we visited a similar machine at the Peoria factory.

Fischer added, “Pink Grading is a great company to work with. I've gotten to know them really well. Going forward, I plan to continue to do what I can to help them with their needs. As a sales person — all you have with the customer is trust. Whether it's Pink or any of my other customers you just have to be honest about what you can do and what you can't do.”

In addition to time — Pink Grading has two years to complete the job — Midwestern weather presents a challenge.

“It always does,” said Pink. “We get a lot of rain and cold winters. But this job will be year round, despite the weather. There'll be no stopping. When it gets cold again and the ground freezes, we'll just bust through it.”

NMC also has been great in its product support as well — something that is certainly key for a project such as this one, said John Pink. “They have always been there when we needed them for any of our Cat machines.”

“From the availability of our parts department to our in-house fluid lab that can help find an issue on one of their machines, NMC also offers total service solutions for Pink Grading,” added Fischer.

In addition to the Cat 390F, the company will be using a Cat D7 dozer and a Cat 14H motorgrader, along with an assortment of other machinery.

The project is going well, which is not just good news for Schildberg and John Pink, but also for approximately 80 full-time employees, particularly the ones working on this project.

“They can budget their lives,” John Pink said. “They know they have a good job and they'll be on the job for a long time.”

“My brother, Dan, and I are vice presidents, and my father, Gary Pink, who's 67 years old, founded the company in 1970 and still works 50 hours a week as president of the company,” said John Pink.

Schildberg Construction Company Inc. is a family-owned and operated business, based in Greenfield, Iowa, and for more than 75 years has been producing quality aggregate material for southwest and south central Iowa and northwest Missouri.

NMC CAT has served customers with equipment and service solutions since 1938. The company remains customer-focused by providing a comprehensive line of product sales, parts, rental and services vital to the construction, power generation, material handling, on-highway truck and railroad industries.