Both the Richland-Wilkins Joint Powers Authority and the Minnesota Department of Natural Resources say construction cannot continue without a permit from the agency. 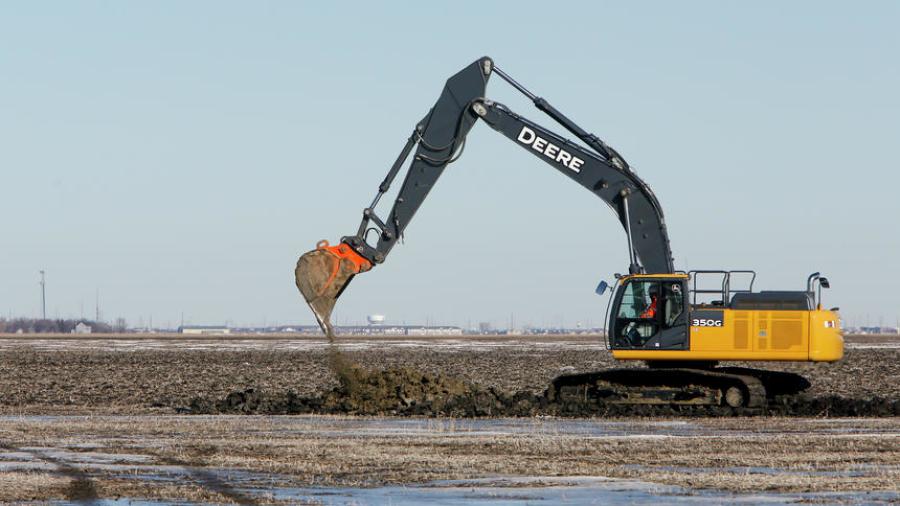 The U.S. Army Corps of Engineers is currently preparing to build an inlet structure near Horace, N.D., that would be part of the dam, which, eventually, would have to stretch into Minnesota. (Photo Credit: The Dickinson Press)

Opponents of the Fargo-Moorhead flood diversion appeared in federal court in St. Paul on Tuesday, July 18, to ask a judge to stop all work on the $2.2 billion project, particularly construction of a controversial dam that would span the Red River.

Both the Richland-Wilkins Joint Powers Authority (JPA), which represents two counties upstream of the dam, and the Minnesota Department of Natural Resources (DNR) say construction cannot continue without a permit from the agency.

Both are in the middle of lawsuits against the U.S. Army Corps of Engineers and the Fargo-Moorhead Diversion Authority. They earlier filed paperwork seeking an injunction to stop work at least until the lawsuit is resolved.

Chief Judge John R. Tunheim has scheduled a hearing on the injunction at 2 p.m. Tuesday in St Paul's federal court.

At issue is whether the state has jurisdiction over the corps, which says it has congressional authorization to work on the project, and whether that jurisdiction extends to North Dakota. If the judge agrees to an injunction, it would suggest he believes diversion opponents have a good chance of succeeding in their suit.

The DNR has refused to grant a dam permit while the state of North Dakota has granted its permit. So far, the Diversion Authority and the corps have undertaken construction only in North Dakota. The corps is currently preparing to build an inlet structure near Horace, N.D., that would be part of the dam, which, eventually, would have to stretch into Minnesota.

The JPA and DNR claim that Congress requires the corps to obtain all permits, including state permits, before starting construction. The corps says it doesn't have to obtain state permits unless Congress specifically says so, and that Tunheim had previously dismissed a similar claim by the JPA.

Separately, the corps has asked Tunheim to dismiss both the JPA's and the DNR's lawsuits because, as it has argued, Congress has not waived the corps' immunity from state regulations.