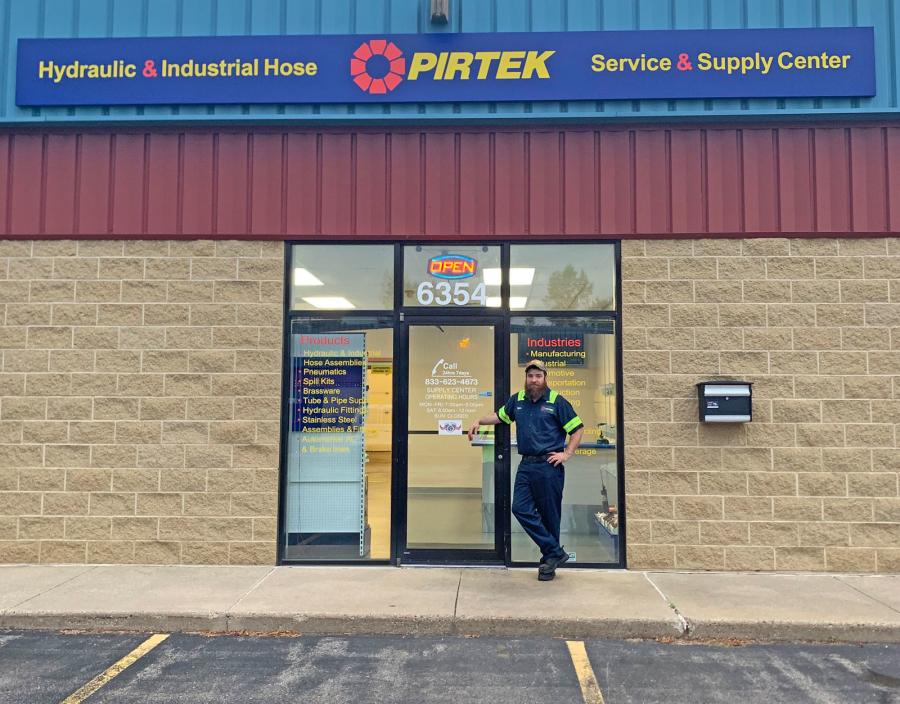 PIRTEK Madison, which began as a mobile-only location two years ago, has opened a full Service and Supply Center to better address the needs of its growing customer base. The franchise opened in Wisconsin's capital under PIRTEK USA's Tier 2 program, a mobile-only option that enables business owners to start up a PIRTEK at a lower initial cost.

Rausch started his career at PIRTEK Menomonee Falls in 2015 as a hydraulic and industrial hose tech, then became an owner himself in October 2017.

PIRTEK specializes in hydraulic and industrial hose service from its locations throughout the country. PIRTEK team members are available 24/7 to provide onsite repairs to hydraulic and industrial hoses, due to the company's specially equipped Mobile Service Vehicles. PIRTEK boasts more than 400 franchise locations in 23 countries around the world, including 90 in the United States.

The new PIRTEK Madison Service and Supply Center is at 6354 Copps Ave., Monona, Wis. 53716. It is the second brick-and-mortar location after PIRTEK Menomonee Falls, which is on the edge of the Milwaukee area about 75 mi. away.

A Tier 2 franchisee can keep the company inventory in a small warehouse or storage facility and lease two vehicles. After three years, a Tier 2 franchise is expected to advance to Tier 1, which includes a full Service and Supply Center staffed with six team members and at least two Mobile Service Vehicles.

Rausch has grown the business to a Tier 1 a year ahead of schedule because of his location's strong success. Customer retention, he said, has been instrumental in building his successful base.

The core of PIRTEK Madison's business includes customers in equipment rental, agriculture and quarrying, he said.

Starting the business as a Tier 2 was a big help in getting momentum going, Rausch added. "It helps with the cash flow," he said. "You can earn money and stick it right back into the business. It helps you to grow at a steady pace and become more successful."