The new facility at 1997 Burroughs Ave. is part of the company’s ongoing expansion efforts throughout the United States. 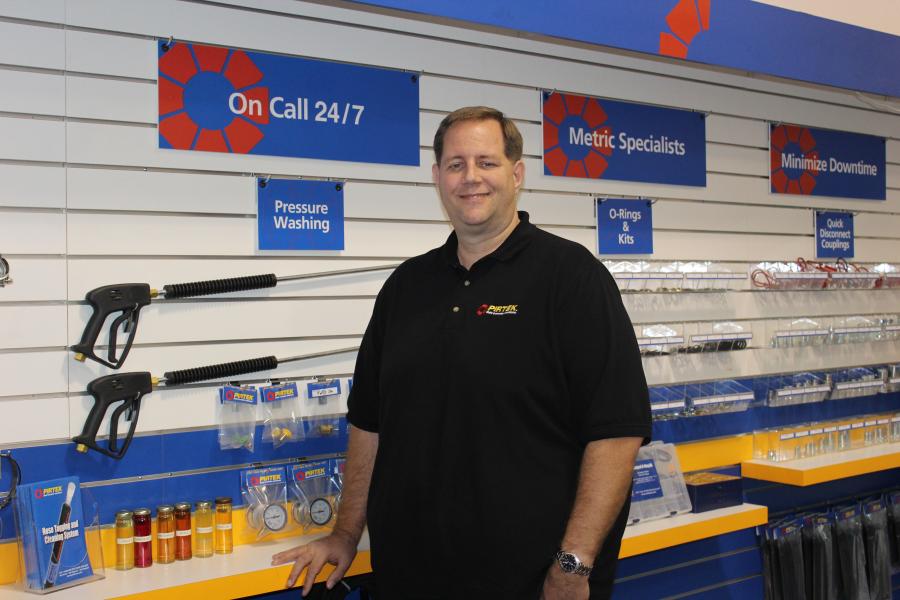 Franchise owner Daniel Currid said this should prove an excellent spot for a PIRTEK service and supply center.

PIRTEK provides hydraulic and industrial hose replacement sales and services from its service and supply centers. The new 4,200 sq.-ft. (390 sq m) facility in San Leandro has a staff of seven, with three 24/7 mobile service vehicles ready to be dispatched for on-location work.

San Leandro lies in the East Bay area of California. Franchise owner Daniel Currid said this should prove an excellent spot for a PIRTEK service and supply center.

“There's plenty of industrial activity going on in this area,” said Currid, who is operating the business with his wife, Kathryn. “There's a port and an airport. The region is heavy with companies that do construction, manufacturing, marine work — all kinds of industries. It's an excellent market.”

Currid comes to PIRTEK after 18 years at a local Caterpillar dealer.

“It was a great experience,” he said. “But I wanted to be my own boss, so I started looking into some franchise opportunities.”

After doing online research, Currid discovered PIRTEK, and it appeared to be the right fit. Initially, the company's main draw was its connection to the field he had worked for so long.

“I have a lot of industry contacts and relationships from my previous work, which provides me with an edge,” said Currid, who has lived in the East Bay area most of his life. “Plus, I enjoy sales, turning over rocks to find new customers and new opportunities. It's about building relationships, building confidence, putting in the time and effort.”

One of the things that impressed Currid about PIRTEK was the high level of support the franchises get from the corporate office in Rockledge, Fla.

“I found the team at corporate very knowledgeable, very supportive,” he said. “That made the difference for me.”

As PIRTEK continues its growth around the country, it also is investing in sponsorships and other marketing efforts. The company recently announced the formation of PIRTEK Team Murray (team owner Brett Murray) and celebrated the unveiling of its logo prominently featured on the Indy car driven by Matt Brabham.

The Chris Kyle Frog Foundation — established in honor of the late “American Sniper”, Chris Kyle — also is part of the PIRTEK Team Murray for the 100th race. Kyle's widow, Taya, serves as the team's official ambassador.