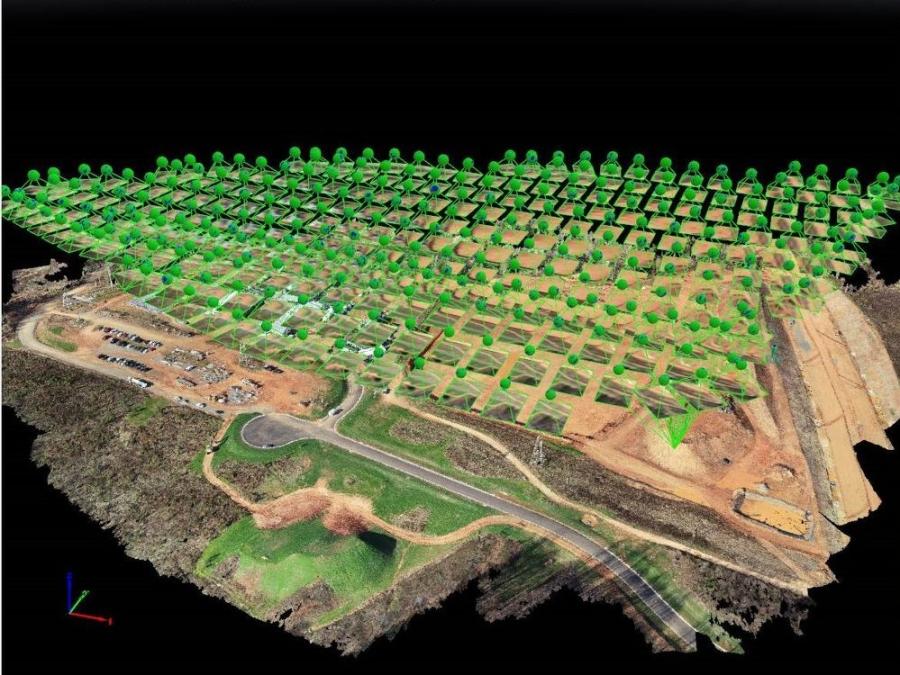 Drones are another technology still evolving and growing in popularity as a construction tool, especially within the last few years.

When it first emerged, the idea of a satellite-linked computer raising and lowering a bulldozer blade struck some people, particularly experienced dozer operators, as just plain wrong. They had worked hard to master the art of moving dirt and prided themselves on being able to come within a few inches of grade mostly by eyeballing it. 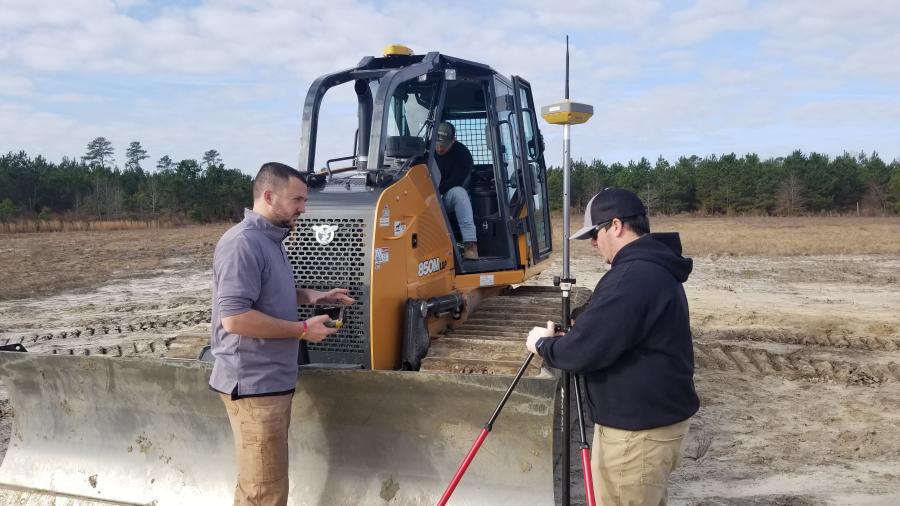 That was the defensive attitude Chuck Harris encountered when he opened the doors of his Benchmark Tool and Supply Co. in 2004 in Raleigh, N.C. Among his first tasks was to show an operator that machine control technology could enhance his grading experience, rather than put him out of a job. "There was a bit of resistance initially," Harris said, reflecting on the early days of machine controls.

Topcon was just introducing its next generation 3D machine control platform technology in 2004. Harris called that development a turning point in machine controls, which meant Benchmark was opening its doors at a propitious time.

"Topcon had the most intuitive 3D solution for the construction market," Harris said, "and that helped feed the adoption rate. It reduced the level of fear for operators, the fear of the technology replacing them. Experienced operators pushed back at the idea of putting a computer in the cab with them. They soon learned that putting a grade-checker in the seat alongside them made them that much better."

Harris had gone to school to become an electronic engineer and got into the industry doing service work and instructing on workplace emerging technologies. When survey and machine control technologies started coming together, he recalled, ‘I saw a pretty good opportunity. I was familiar with computer-aided design and drafting. When CADD, surveying technologies and machine automation began to be put together in one package, it helped propel our business."

Laser technology, survey instruments and computer software were the calling cards in the beginning. The laser technology was a proven technology, going back more than half a century with practical applications first coming out in 1963. Its visible red beams were snapped up early on by manufacturers of construction surveying equipment. 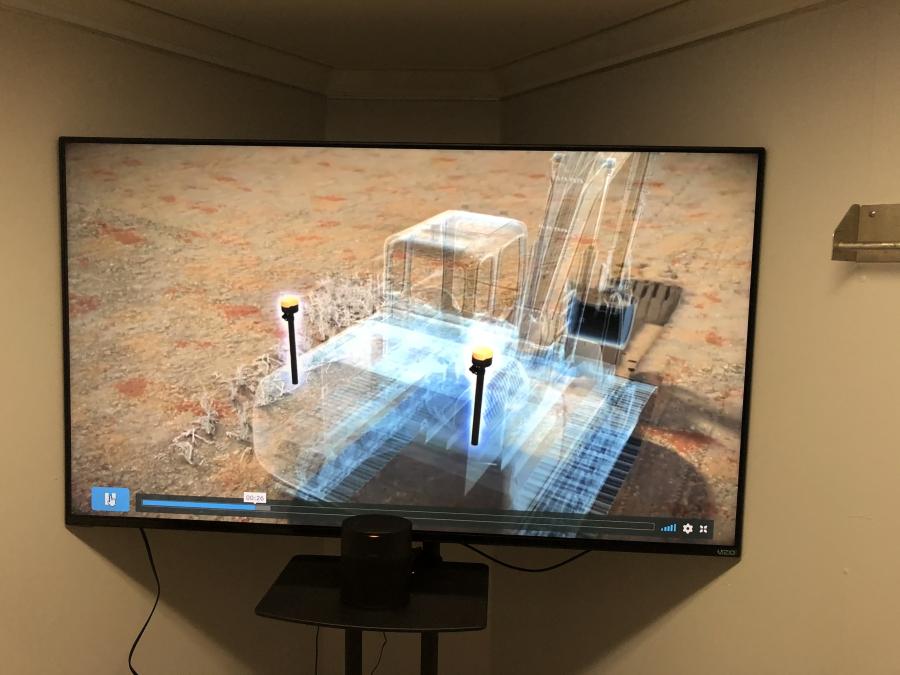 All of which is to say standalone laser and survey equipment incorporating it is pretty old hat in 2021, a "commodity," Harris termed it. "The stuff has been around for years and it still is a tool that contractors rely on. But there is no need for it to continue to evolve because there aren't many more problem that it can solve."

That is not the case with some less mature lines of technology, including machine controls. That technology continues to quickly evolve. Horizontal and vertical precision has been greatly enhanced. That spot-on performance has led to GPS control of concrete screed machines that put the finishing touch on parking lots, pads for industrial floors and other large-volume paving projects.

"In the last couple of years, Topcon has introduced a very solid technology portfolio for paving, both concrete and asphalt. The market has really started to accept it," Harris said. "Overall, the automation adoption rate is increasing at a rapid pace. We are excited that there are amazing new technology offerings now with lower initial costs for smaller contractors."

Drones are another technology still evolving and growing in popularity as a construction tool, especially within the last few years. The unmanned aerial vehicles are finding favor with contactors in site surveys and inspection of material stockpiles. Benchmark has a full line of drone models. Some of the larger more sophisticated and expensive models can carry a Lidar sensor to map areas before construction and verify that conditions on the ground match plans. This can't be done with standard drone equipment with an RGB camera because the Lidar unit can penetrate foliage.

Despite the relatively low cost of the technology, Harris estimated that less than five percent of contractors use the compact unmanned flying machines. "There is a fear of adoption, just like there was with machine automation. But I'm confident it will be rapidly growing."

As the markets for machine controls expands, manufacturers of construction equipment are embedding systems in machines at the factory, which is boosting utilization rates. Aftermarket options also are continuing to evolve, at a quicker pace and with new offerings. Harris can make a case for both factory-integrated automation components or after-market installation.

Benchmark Tool and Supply is not just a sales outlet. The company employs service techs to install technology products on heavy machinery and services all the equipment it represents. "That's one of our differentiators as a company," the company owner said. "We do warranty work on all the equipment we sell, servicing it here in one of our five locations or on a project site." 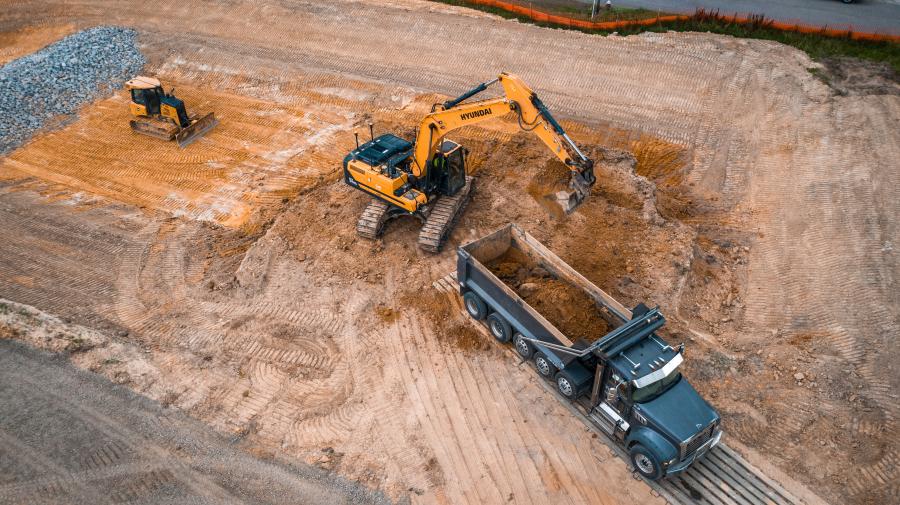 The company rents out its equipment, too, from its locations in North Carolina and Virginia. While rental of a drone might seem less likely to occur than rental of, say, a skid steer, it happens. "A small fraction of our business is rental," Harris said, "but it's increasing. This year is a little different, but more and more contractors are in the market and the adoption rate of the technology is increasing for technologies for short-term projects. It's a market we are catering to."

The largest piece of Benchmark's business is construction — other products include iDig grade control attachments for more accurate and safe operation of excavators — but the company also does a "fair amount" of selling and servicing agricultural machines. Then there is the ABI Force. It is a laser-guided, zero-turn, multi-attachment, stand-on machine that grades, aerates and renovates a plot of ground quickly and, it appears in video demonstrations, rather enjoyably. "It is a new offering," Harris said. "Our focus is on landscapers, concrete contractors and athletic field builders and maintainers. There are a lot of opportunities there."

Hi-tech equipment is not just for customers. Benchmark Tool and Supply uses it in-house in a variety of ways. Remote training videos, webinars and video podcasts are some of its methods of communicating with customers. And company techs stay in touch with equipment through telematics. "The technology is a big thing for service support. We are connected to many devices we sell. It's been a big timesaver for our customers and our group. Where we might normally deploy a field technician, we can solve a problem in a matter of seconds."

To connect company and customers — and equipment — they have been authorized by Verizon and AT&T to set up data connection plans. That means, Harris said, "we can access a customer account and get them online, get it set up and running. We don't have to call a supplier to take care of an issue."

Harris foresees increasing connectivity of that sort and more and more remote management of devices and projects through new generations of electronic and miniaturized technology. It's a brave new world of great promise and there still are lots of contractors out there not converted to it. Consider machine controls, for example. Harris pegs use of the technology by contractors at about 35 percent. That is, 65 percent still are not plugged in.

"But that number is starting to ramp up. We'll see growth continuing in a big way over the next several years." CEG