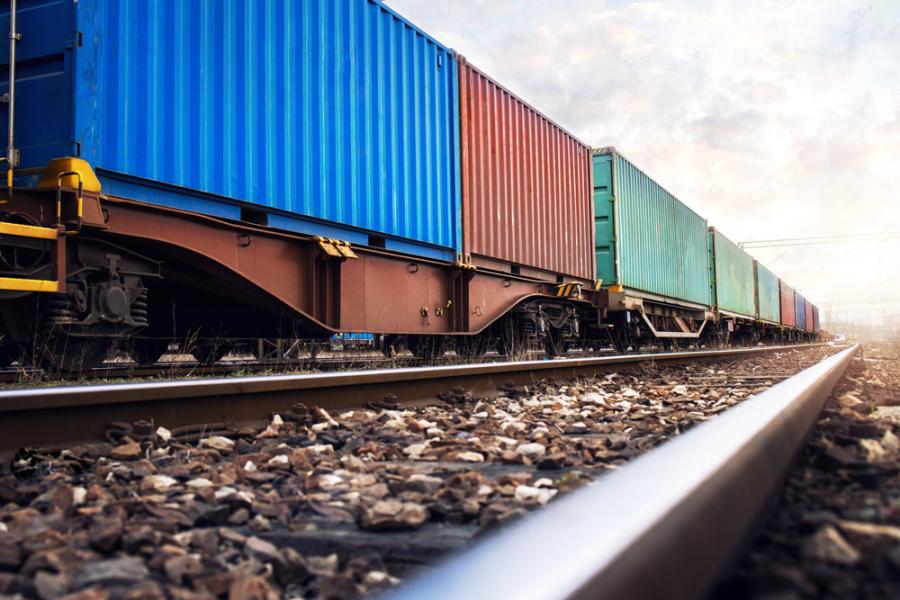 The Port of Long Beach recently launched a modified inland port project with the state of Utah to help convert containers normally headed to the Mountain West region by truck to rail in an effort to push out cargo faster and reduce backlogs that have impacted business around the country.

Containers will be loaded on Union Pacific trains at on-dock and near-dock rail yards in Long Beach and hauled to UP's intermodal facility in Salt Lake City. From there, the port will arrange dispatch via rail or truck to other destinations, or to local distribution centers, said Kristen South, UP's senior director of corporate communications and media relations.

The direct, regularly scheduled rail service enables the rapid evacuation of blocks of containers destined for Utah, Colorado, Nevada, New Mexico and Idaho for further distribution throughout the region rather than removing shipping units one at a time, according to the Port of Long Beach and the Utah Inland Port Authority (UIPA).

The initiative is the first stage of a four-year partnership agreement signed in June that aims to optimize the existing rail system at the Port of Long Beach to reduce container dwell times and make cargo flow to Utah more efficient.

The UIPA was established as a state entity in 2018, and is currently in the design phase of a new multimodal transload facility. It is mostly focused on infrastructure to support the logistics system in Utah, including projects like the Intelligent Crossroads Network, as well as renewable energy infrastructure, and truck parking facilities.

There are several inland ports on the Eastern Seaboard, most notably in South Carolina and Georgia, that serve as intermediate transfer stations away from crowded port districts. They are owned and operated by state port authorities and are served by private freight railroads. The depots essentially bring the ocean port closer to shippers so they don't have to send trucks all the way to the port. They also serve as storage areas for empty containers, helping to free space at busy marine terminals.

"A direct connection to Utah links two critical points in the supply chain and immediately reduces pressure on terminal storage, gates, chassis and the local drayage community on the coast," said Port of Long Beach Executive Director Mario Cordero in a statement. "Not only is this a more efficient service for importers in the Intermountain West, but it's also a major step forward for exporters from the region."

The ports of Los Angeles and Long Beach handle approximately 35 percent of all containers in the U.S. and about 40 percent of U.S. imports. Millions of standard ocean shipping units are imported to, or exported from, the Intermountain West each year, but only 10 percent of the cargo currently moves by rail. The initiative is designed to attract shippers by providing consistent, reliable rail service that improves fluidity and reduces shipment delays.

"Converting road into rail cargo has many benefits and is part of our ongoing drive to reduce impacts associated with cargo movement," said Jack Hedge, executive director of the Utah Inland Port Authority, in a statement. "In addition to providing enhanced efficiency for regional importers and exporters, this service will reduce truck traffic across Utah and positively impact our local air quality and freeway congestion issues."

Hedge worked for seven years at the Port of Los Angeles until 2019.

"Over the long-haul we expect the UIPA and that region to become a hub that will serve as a major inland point," Deputy Executive Director Noel Hacegaba said later during a virtual media briefing. "This announcement is the beginning of a strategic partnership that will help the POLB become the longest port in the nation."

Loading 100 intermodal rail cars is equivalent to taking 300 trucks off the road. Rail is four times more fuel efficient than truck and lowers greenhouse gas emissions by 75 percent, according to analysis by the Association of American Railroads.

Rail shipments will be tracked and monitored by the Intelligent Crossroads Network, a private LTE/5G network supported by artificial intelligence and built in partnership with QuayChain Technologies. The digital connectivity between logistics partners will allow greater planning and efficiency, the UIPA said.

The direct rail connection to Utah is the latest move by the Port of Long Beach to unclog marine terminals that have been overwhelmed by record shipping volumes. It is experimenting with 24/7 truck gates at a single terminal, will fine ocean carriers that let containers languish on terminals and worked with the city to loosen zoning regulations so warehouses can stack containers more than two high in an effort to increase storage capacity.

The Port of Long Beach plans to invest $1 billion in rail improvements over the next decade to ease the flow of cargo moving through its complex.

Meanwhile, the UP and the BNSF railroads are offering incentives to customers to ocean carrier customers to deliver containers to rail yards on the weekends.